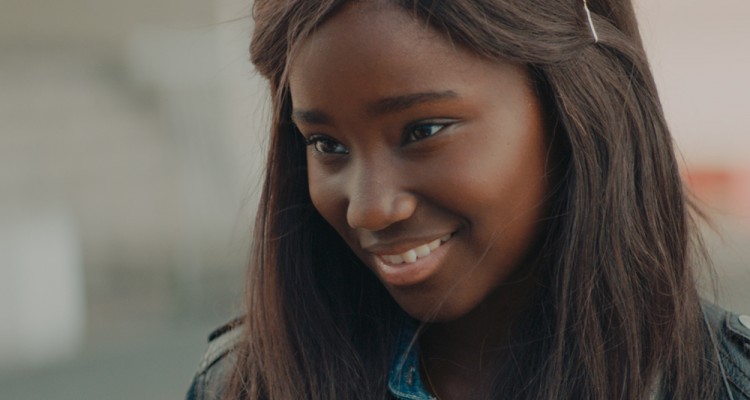 GIRLHOOD – REVIEW (France/15A/112mins)
Directed by Celine Sciamma. Starring Karidja Toure, Assa Sylla, Lindsay Karamoh, Marietou Toure, Idrissa Diabate, Simina Soumare, Cyril Mendy.
THE PLOT: One of the good 16-year-olds in her Parisian suburban neighbourhood, 16-year-old Marieme (Toure) is good to her little sisters, and slightly wary of their older brother, Djibril (Mendy) – the latter highly unlikely to approve of his sister’s growing flirtation with local boy Ismael (Diabate). Mum is generally busy with her night shift, so, Djibril brusquely rules the roost at home, Marieme finally tiring of the situation after she flunks high school. And that’s when she starts hanging out with a trio of girls keen to be seen as a gang. Led by Lady (Assa Sylla), Marieme finding acceptance, and excitement, as she becomes a certifiable, gang-approved bad girl…
THE VERDICT: Having played at the French Film Festival at the IFI earlier in the year, having been granted the honour of opening gala screening, GIRLHOOD is one of those teenage wildlife films that inspire column inches amongst the left-wing media and quite a lot of hyperbole on the festival circuit. Which, on paper, makes sense – acclaimed, rising young director (Sciamma previously gave us 2007’s WATER LILIES and 2011’s TOMBOY) taking a sensitive look at society’s underbelly; boom! There’s a Sight & Sound three-pager just waiting to happen. The fact that it’s a young black girl’s story, as she tries to fit in on the mean streets of a Paris suburb, gives GIRLHOOD an edge over your average teen opera.
All of which just makes me feel more than a little guilty for finding this a tad dull. And a tad boring. And a tad predictable.
RATING: 3/5
Review by Paul Byrne