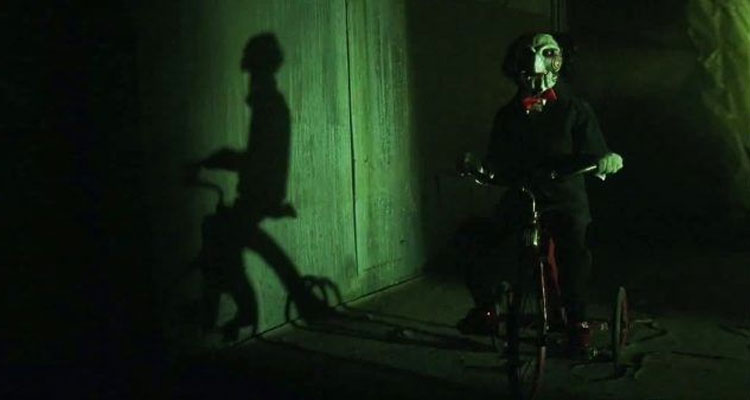 Become Jigsaw. The terrifying pig mask returns in official one-sheet for ‘Jigsaw,’ the eighth outing of the ‘Saw’ franchise.’ 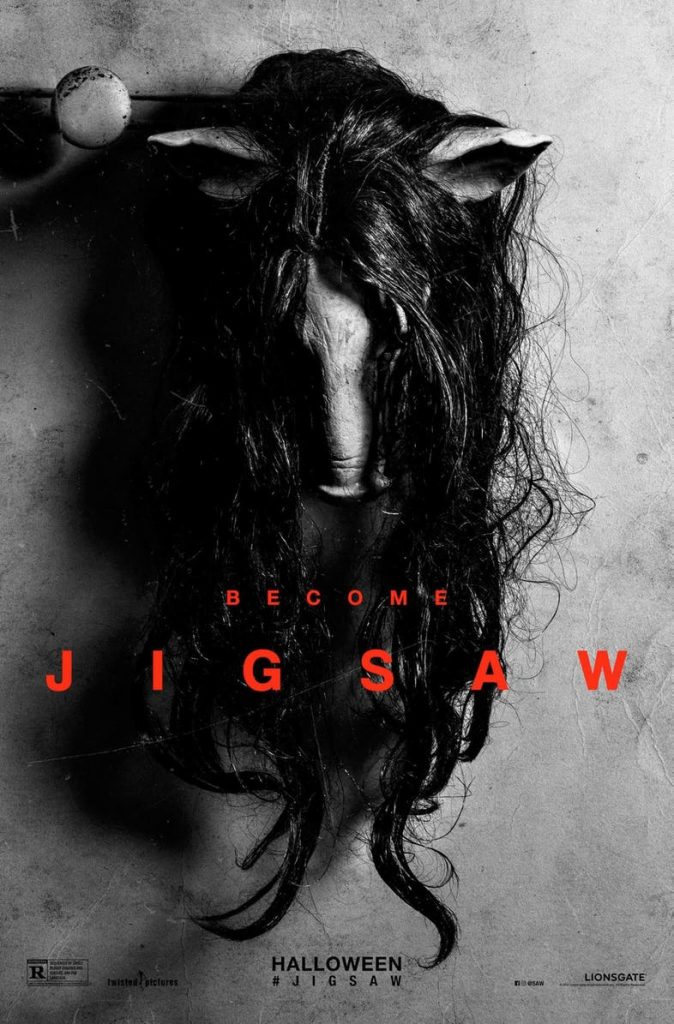 Bodies are turning up around the city, each having met a uniquely gruesome demise. As the investigation proceeds, evidence points to one man: John Kramer. But how can this be? The man known as Jigsaw has been dead for over a decade. Or has an apprentice picked up the mantle of Jigsaw, perhaps even someone inside the investigation?