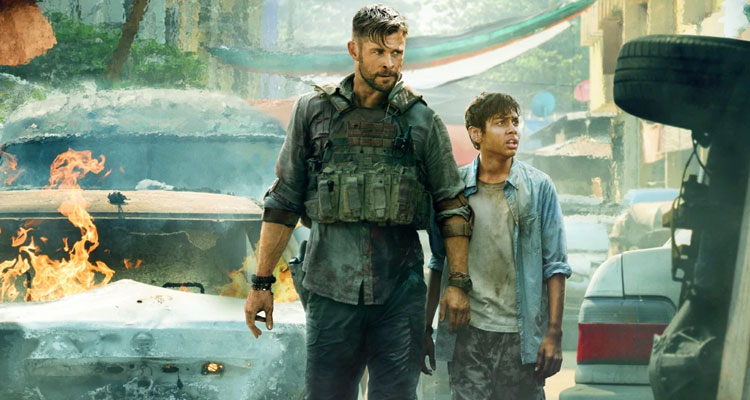 EXTRACTION Sequel In The Works

With the Chris Hemsworth-led action thriller ‘Extraction’ well on its way to become the biggest-ever film premiere on Netflix, it should come as no surprise that the streaming giant would to continue the story. Now, screenwriter and co-producer Joe Russo has confirmed a sequel is in the works, and that he will once again be writing the script.

Based on the graphic novel Ciudad by Ande Parks, the action-packed, edge-of-your-seat thriller stars Hemsworth as Tyler Rake, a fearless black market mercenary, who embarks on the most deadly extraction of his career when he’s enlisted to rescue the kidnapped son of an imprisoned international crime lord.

“The deal is closed for me to write Extraction 2, and we are in the formative stages of what the story can be,” Russo told Deadline. “We’re not committing yet to whether that story goes forward, or backward in time. We left a big loose ending that leaves question marks for the audience.”

Russo and his brother Anthony are optimistic that stunt coordinator Sam Hargrave, who made his directorial debut on the first film, returns to direct with Hemsworth reprising his role as Rake, though deals won’t be made until the script is ready.

“There was always a simple drive to the story, a balletic execution of action where you take a damaged character who made an egregious mistake in the past and has a shot at redemption which might be fatal,” Russo added. “What was key is that we needed a muscular action director like Sam to be the main creative force in the execution of the action.”

EXTRACTION is streaming on Netflix now.