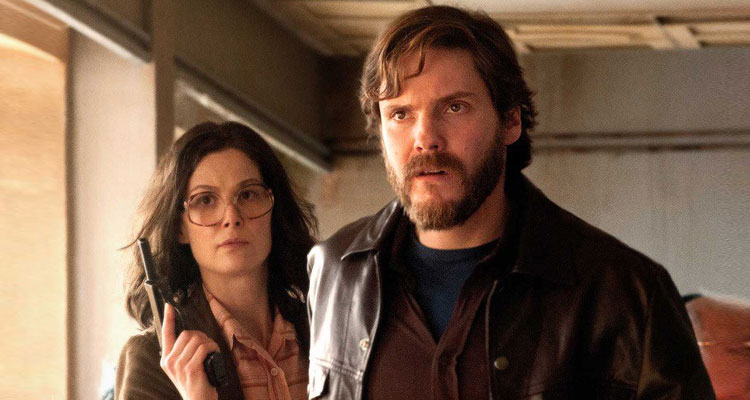 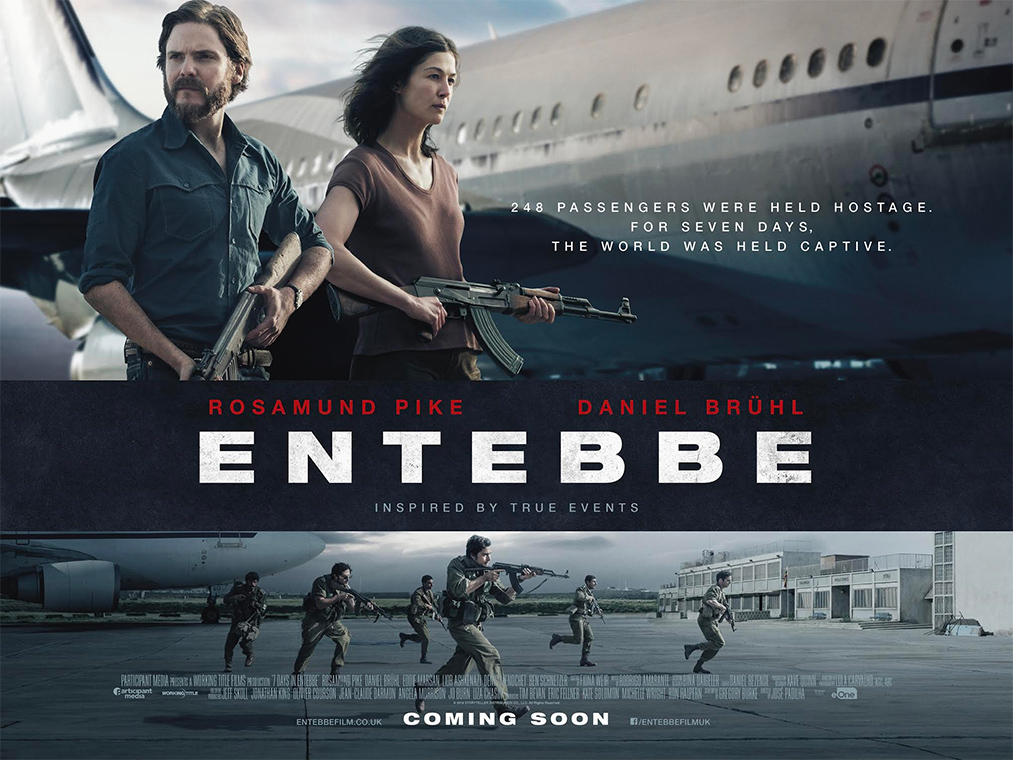 The Plot: June, 1976. German revolutionaries Wilfried (Daniel Bruhl) and Brigitte (Rosamund Pike) have allied themselves to Palestinian comrades, who are fighting for their land against the Israeli Government which is fronted by Prime Minister Rabin (Leor Ashkenazi) and his Defence Minister Peres (Eddie Marsan). They hijack an Air France plane en route from Tel Aviv to Paris, with many of the passengers being Israelis. After a stopover in Libya, the plane lands in Entebbe, Uganda which is in the iron grip of notorious dictator Idi Amin (Nonso Anozie). With Rabin refusing to negotiate with terrorists, Wilfried and Brigitte will have to face up to the potentially devastating consequences for the passengers…

The Verdict: Entebbe begins with a disclaimer, stating that it’s inspired by the real-life incident that took place over a week in June – July 1976. Given the end result, a more accurate blow-by-blow account would have been preferable. Plane hijackings (but not deliberate crashings) were all the rage back then, so it’s disappointing to discover that this film is an inert and rather detached affair.

The film starts well, building up the tension of the doom-laden scenario. It also gives some personality to Wilfried and Brigitte, who claim to be humanitarians rather than Nazis once again threatening Jews. Wilfried is a publisher who wants to ignite people’s minds, while Brigitte is spurred to action by the apparent suicide of fellow revolutionary Ulrike Meinhof. Whatever their political and revolutionary beliefs, they’ve jumped into the wrong bed with gun-toting terrorists. Even worse, they’ve sought an ally in Idi Amin, who is psychotic enough to be both jolly and terrifying in the space of a few seconds.

The core problem with Entebbe is that it never really gels all of these disparate elements – German and Palestinian terrorists, Israeli passengers and their non-cooperative Government, concerned French crew, Ugandan allies, Israeli soldiers waiting to strike – into a satisfying whole. Their stories are all fragmented and not given enough space by Gregory Burke’s screenplay to breathe sufficiently (Amin is more a presence than a character here). The most interesting story is that of Wilfried and Brigitte, but even they get short-changed by the film’s conclusion. Instead, it becomes a basic retelling of what happened, but without much bite.

That’s surprising considering the director is Jose Padilha. Having made the ferocious, brilliant Elite Squad, Padilha’s direction is somewhat muted and safe here. Perhaps due to commercial concerns and political sensitivities, Padilha doesn’t go for a violent climax. Instead, he rushes through it as if it was a footnote. He also oddly intercuts this with an elaborate dance sequence, which only acts as a distraction (or perhaps a metaphor for the impending dance of death). Entebbe is a frustrating film. There’s clearly a better film in here somewhere, struggling to get out and stand shoulder-to-shoulder with superior comrades like One Day In September. Unfortunately, Entebbe misses the mark, crashing but not burning. A missed opportunity.