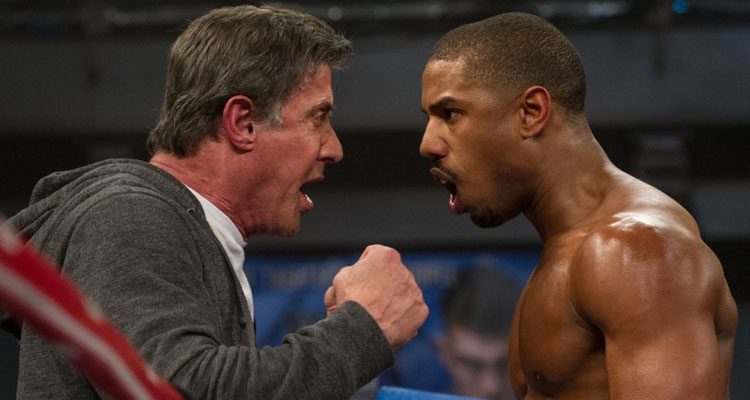 Production has commenced in Philadelphia on ‘Creed II,’ the continuation of the Rocky saga and sequel to the 2015 critically-acclaimed surprise 2015 hit starring Michael B. Jordan and Sylvester Stallone.

Jordan and Stallone reprise their roles of Adonis Creed and Rocky Balboa, respectively, with Steven Caple Jr. behind the camera, directing from an original screenplay written by Stallone. Ryan Coogler (‘Black Panther’), who directed the first film, returns as an executive producer.

You know the old cliché that it “seems like yesterday and “but it does and it’s a very exciting moment to be here getting ready to Watch Creed 2 to commence filming. A very exciting day !!! The actors and production team has been waiting a long Time for this film to start , so ladies and gentlemen get ready to watch the fists startFLYING! #MGM #rockybalboa #CREED2

The official synopsis for ‘Creed II’ is as follows:

Life has become a balancing act for Adonis Creed. Between personal obligations and training for his next big fight, he is up against the challenge of his life. Facing an opponent with ties to his family’s past only intensifies his impending battle in the ring. Rocky Balboa is there by his side through it all and, together, Rocky and Adonis will confront their shared legacy, question what’s worth fighting for, and discover that nothing’s more important than family. Creed II is about going back to basics to rediscover what made you a champion in the first place, and remembering that, no matter where you go, you can’t escape your history.

“When I wrote and directed ‘Creed,’ I wanted to tell a human story about a family from a new perspective, while also paying homage to the Rocky characters we’ve all grown up knowing and loving. I’ve known Steven was an amazing filmmaker since our days at USC film school together, so I can’t wait to see what he, Sly, Mike, and Tessa bring to this next chapter,” said Coogler in a statement.

“It’s an honour to be a part of the franchise and work with such a thoughtful team. I got involved because I’ve always been a Rocky fan and I enjoy stories with heart and substance. But when Ryan put his touch on ‘Creed’ I felt another level of connection to the franchise,” Caple Jr. said. “It started to feel personal for many different reasons. This next ‘Creed’ is a tale beyond the boxing ring and dives deep into family, legacy, and fears. I’m excited to share my view and collaborate with the talented cast and crew.”

Producer Irwin Winkler said. “Ryan and Steven are voices for their generation and their shared vision for Creed has brought the Rocky franchise to an entirely new audience. We know audiences will continue to embrace the legacy that Sly created so many years ago.”

Filming on ‘Creed II’ will take place primarily in Philadelphia with additional locations in New Mexico.