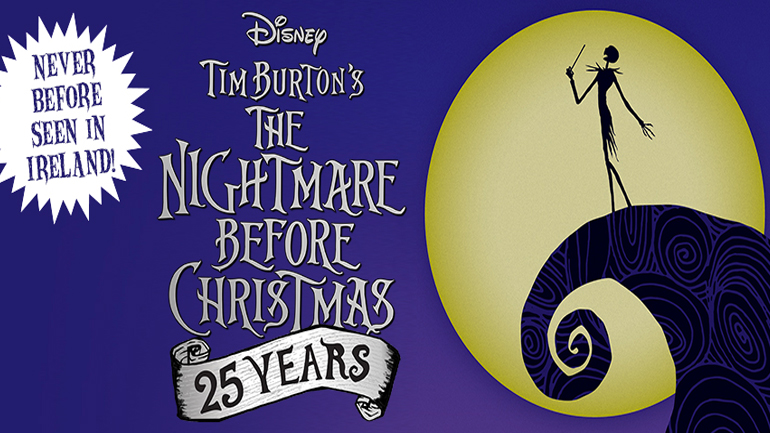 COMPETITION – Win tickets to THE NIGHTMARE BEFORE CHRISTMAS in concert

This December, one of the greatest animations ever made is coming to the 3 Arena with a spectacle never before seen in Ireland. Tim Burton’s THE NIGHTMARE BEFORE CHRISTMAS will be performed live by John Mauceri with the RTE Concert Orchestra and the original singing voices fromo the filmDanny Elfman, Catherine O’Hara & Ken Page. Keep reading for your chance to win tickets.

ABOUT THE EVENT
This December, experience Tim Burton’s The Nightmare Before Christmas as you never have before,
with the majesty of the RTÉ Concert Orchestra and 3 original cast members Danny Elfman, Catherine O’Hara and Ken Page live.

Never before seen in Ireland, multiple award-winning composer, songwriter and reigning Pumpkin King, Danny Elfman will be bringing Disney’s timeless classic, Tim Burton’s “The Nightmare Before Christmas” to life on 8th December 2019 at 3Arena Dublin as part of the movie’s 25th anniversary celebrations. Performing his role of Jack Skellington, Danny Elfman will be joined by other original cast members Catherine O’Hara as Sally, and Ken Page as the voice of Oogie Boogie with full orchestral accompaniment by the RTÉ Concert Orchestra. Conductor John Mauceri, Founding Director of the Hollywood Bowl Orchestra, will be leading the RTÉ Concert Orchestra and a choir performing the film’s classic score and songs live to picture. The concert will also include featured violin soloist, Sandy Cameron.

First released in 1993, Tim Burton’s “The Nightmare Before Christmas” was directed by Henry Selick (“James and the Giant Peach”) and based on a story and characters by Tim Burton. The film follows the earnest-but-misguided adventures of Jack Skellington, Halloween Town’s beloved Pumpkin King, as he attempts to take over the Christmas holiday. Against the advice of Sally, a lonely rag doll who has feelings for him, Jack enlists three mischievous trick-or-treaters – Lock, Shock, and Barrel – to help him kidnap Santa Claus. The film is rated “PG.” 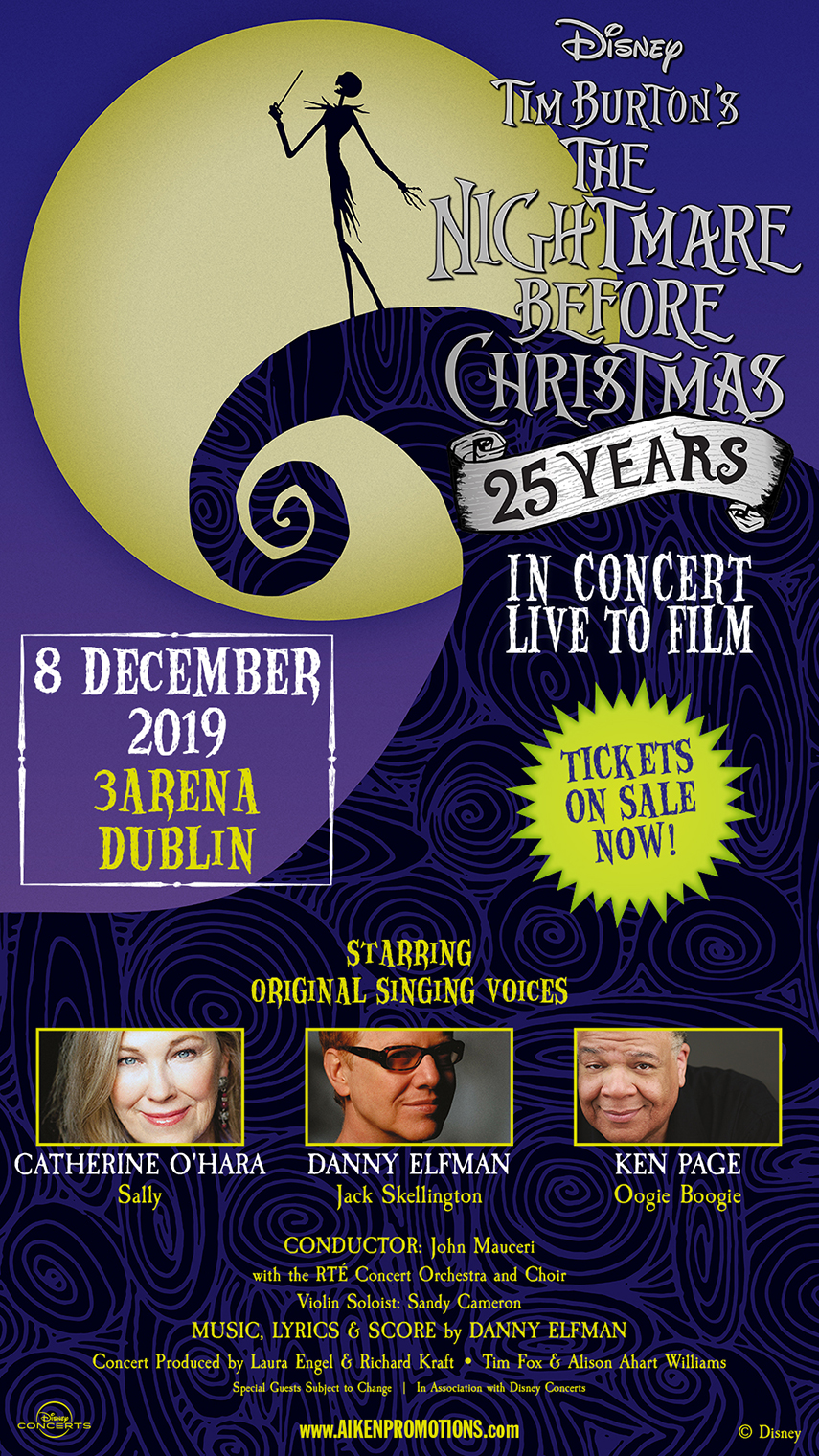 ENTER THE COMPETITION
To be in with the chance of winning a pair of tickets just answer the following easy question.
Q: Who provides the voice of Jack Skellington in A NIGHTMARE BEFORE CHRISTMAS? (clue – the answer can be found above)