Competition – Win tickets to the premiere of THE FLAG

To celebrate the release of new film THE FLAG in Irish cinemas this month we have tickets to the exclusive premiere to giveaway with Pat Shortt and the cast in attendance.
Keep reading for your chance to win.

ABOUT THE FLAG
THE FLAG tells the story of Harry Hambridge (Pat Shortt ) who is a down-on-his-luck paddy living in London. In one day he loses his job, father and beloved pet hamster, Mouse. On returning home to bury his father, he finds a statement from his Grandfather, claiming that it was he who raised the flag over the GPO during the 1916 Rising, which now hangs upside-down in an army barracks in England. Too long used to the mockery of his life, he sets out with his motley crew to find that fecking flag and maybe his passion for life along the way.

The Flag is produced by Robert Walpole and Rebecca O’Flanagan from Treasure Entertainment and is backed by The Irish Film Board, BAI and RTE. 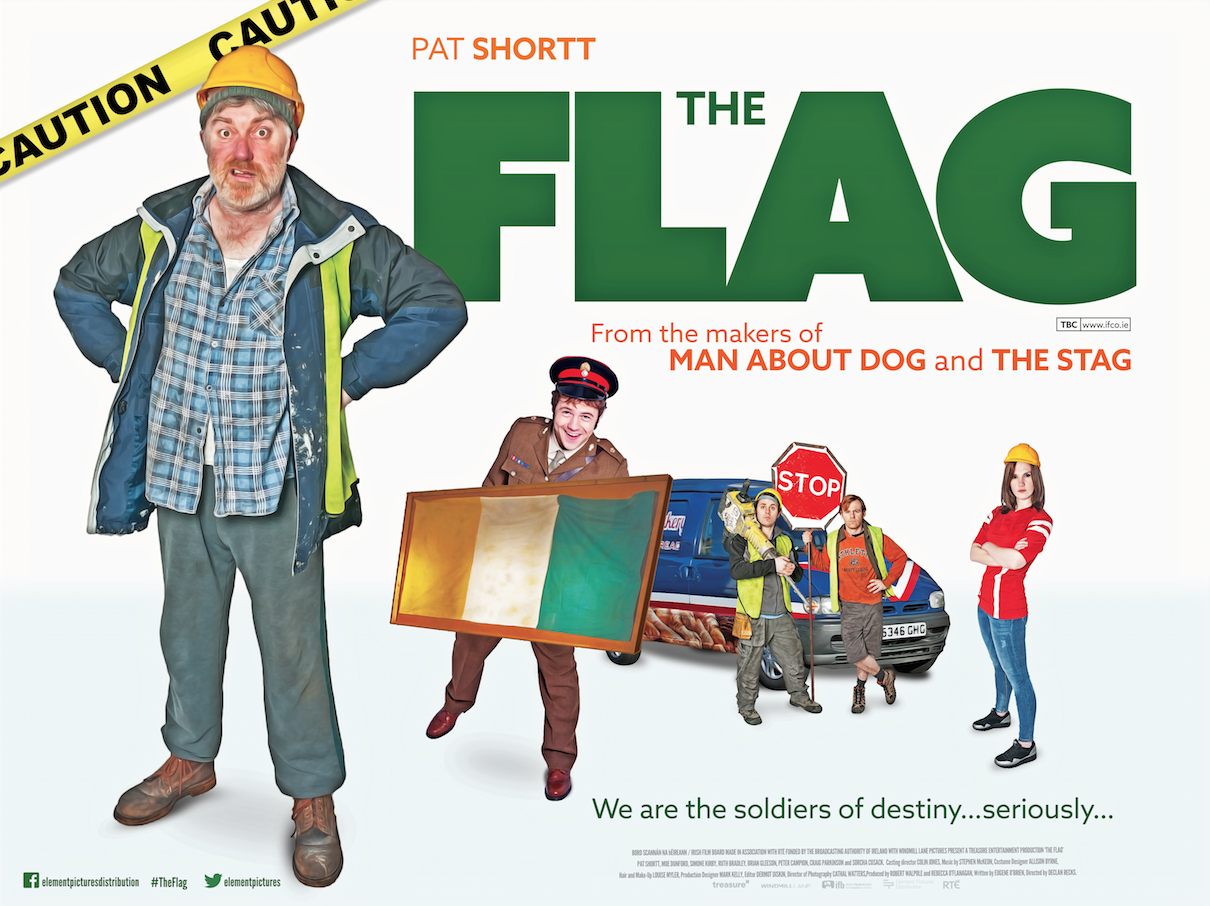 ENTER THE COMPETITION
To be in with the chance of winning two tickets to the Irish premiere of THE FLAG just answer the following easy question.
Q: Which Irish comedian plays Harry Hambridge in THE FLAG? (Clue – the answer can be found above).