Colin Farrell talks #MarRef at Cannes screening of The Lobster

Colin Farrell & Rachel Weisz are currently in Cannes to promote their new Irish movie ‘The Lobster’ which has been winning rave reviews from critics.

The sci-fi romance is one of the movies tipped to win the Palme d’Or, so Colin was on cloud nine when he stopped by to chat to Brogen Hayes from Movies.ie
We’ll publish our interview with him closer to the time but he couldn’t help but take a moment to discuss the upcoming referendum taking place in Ireland next Friday.

“The amount of fear mongering and the salacious shit that’s been put out has been terrible.” Said Farrell, “My brother is gay and married his husband in Vancouver 7 or 8 years ago. God bless him, he’s been hitting the pavement hard and it’s brought up a lot of stuff for a lot of people about the level of cruelty that they existed under when they were children. It’s a very important thing, significantly important for the emotional well being of the country. I hope it goes through.” 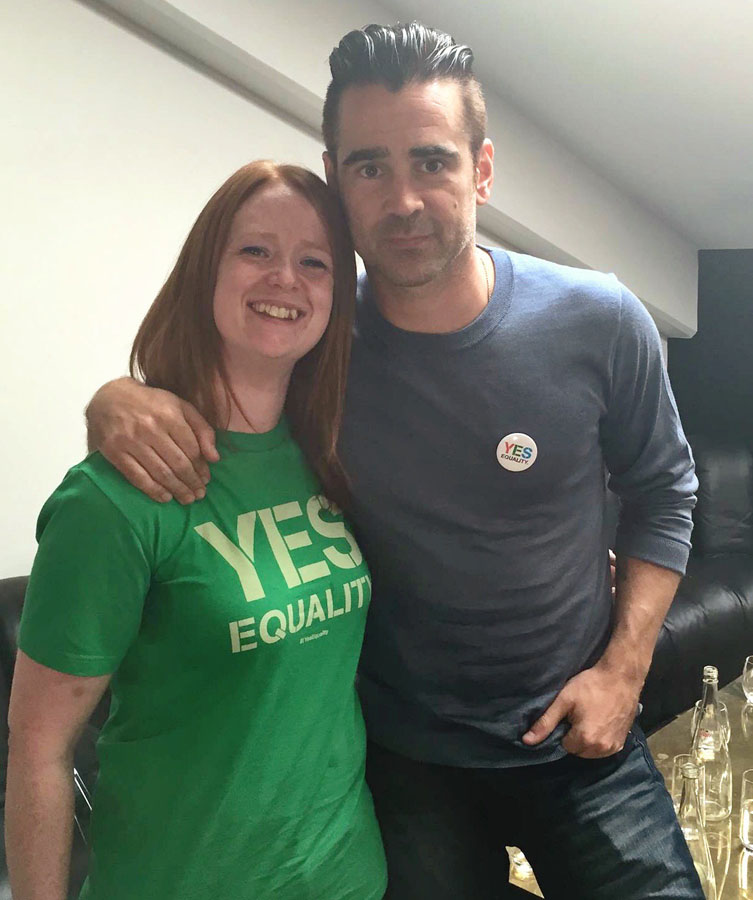 Some of the early reviews of the film have been glowing,
Variety says that “Yorgos Lanthimos’s first English-language feature is a wickedly funny, unexpectedly moving satire of couple-fixated society.” While The Hollywood Reporter sums it up as “A dark, deeply funny dystopian tale.” ​
The Evening Standard commenting that its “very funny but also bloody and brutal, like life. It’s fantasy cinema of the kind that a festival like Cannes lives to nurture: terrific.”
Indiewire comments that “The Lobster brings Lanthimos’ distinct blend of morbid, deadpan humor and surrealism to a broader canvas without compromising his ability to deliver another thematically rich provocation.”  The Guardian call it“bizarre and hilarious” with the highly influential magazine Vanity Fair believing it to be “very much its own unique animal, a strange swirl of satire, allegory, and metaphor that makes a rueful tragic comedy of modern romance.”

British broadsheet, The Telegraph says that Colin Farrell is “every bit as funny and hang-doggedly adorable as he was in Martin McDonagh’s In Bruges” and that the film is ‘like nothing you’ve seen before.’ The Irish Times awards THE LOBSTER 4 stars and states  “You walk out feeling ever so slightly changed by it. There are few higher compliments.”
Speaking from Cannes, Element Pictures Producer Ed Guiney commented that “the response to Yorgos film was overwhelming. It’s so gratifying that Cannes audiences embraced this wonderfully funny, brilliantly dark and ultimately beautiful film in such an enthusiastic way. It’s exactly what we hoped in launching this film to the world.”

THE LOBSTER will have an Irish cinema release this Autumn