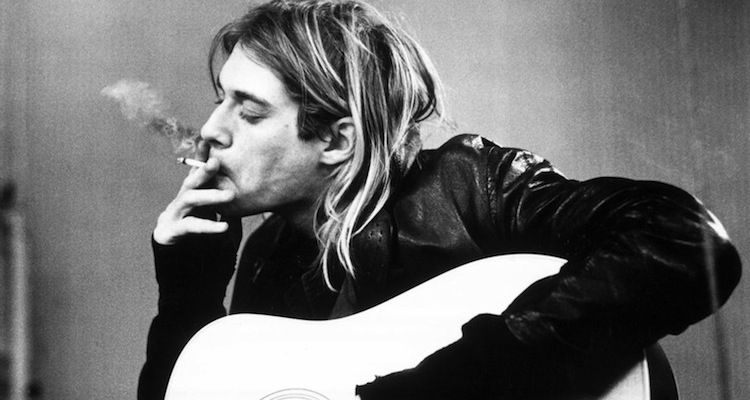 THE PLOT: Director Brett Morgen brings audiences the first documentary about Kurt Cobain that has the approval of his family. Through the use of home movies, Cobain’s journals, artwork, photography and songbooks, Morgen pieces together the life of man who was billed as the spokesman for a generation, but in the end, was all too human.

THE VERDICT: COBAIN: MONTAGE OF HECK is not the first documentary to be made about the late frontman of Nirvana, Kurt Cobain, but it is the first film made about the artist’s life with the full co-operation of his family To that end, the film is made up of new interviews with Cobain’s parents, sisters, wife and band members, as well as home videos and excerpts from Cobain’s recordings and journals. What emerges is a picture of the idolised singer that does not try to hide the darker side of the man’s life, but carefully contrasts this with the public image that we know all too well.

Director Brett Morgen asks the necessary questions of his interview subjects, and spends a lot of the film dwelling on Cobain’s childhood, where he bounced from family member to family member, got involved with drugs and became fascinated with music. It is this focus on Cobain’s early life that is the most revealing; the fact that he dealt with rejection and heartache from an early age paints a powerful picture, and together with the animated sections of the film – put to Cobain’s recordings – and the excerpts from his journals, this is not only emotionally impacting but visually strong.

The story thins slightly when the film gets to the Nirvana side of the story, and this is where the tale begins to feel drawn out and slightly indulgent. Sure, the home movies with Courtney Love are interesting to begin with, and Cobain’s obvious adoration of his newborn daughter is sweet, but the film loses focus in trying to show both this side, and the darker aspect of his life that began to emerge around the same time. That said, the contrast between the public persona of Cobain and the idea that he was the spokesman for a generation of disaffected youths becomes apparent at this stage of the film, and the struggle that Cobain went through to reconcile these aspects of his life is all too apparent.

COBAIN: MONTAGE OF HECK  is not easily dismissed as a film for the fans, it is a powerful film that shows a more rounded picture of the man than we have seen on screen before. The omissions of Frances Bean Cobain and Dave Grohl from the interviews is glaring, however, and there are times when the film feels drawn out for the sake of using unseen footage for the first time. In all, however,COBAIN: MONTAGE OF HECK  is a carefully constructed film that shows a fuller picture of Kurt Cobain than we have seen on screen before, warts and all.