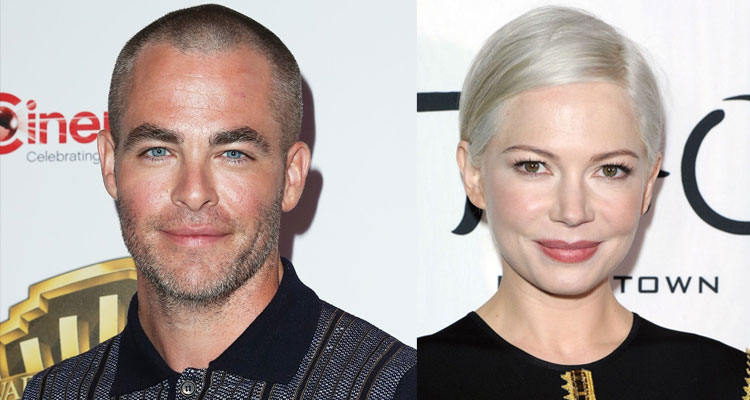 Chris Pine and Michelle Williams Eye ALL THE OLD KNIVES

British filmmaker James Marsh (‘The Theory of Everything,’ ‘Man on Wire’) is talks to take the helm for the spy thriller ‘All the Old Knives’ with Chris Pine (‘Wonder Woman’) and Michelle Williams (‘Manchester by the Sea’) are in negotiations to co-star.

Adapted from Olen Steinhauer’s spy novel of the same name, the thriller takes place in the idyllic town of Carmel-by-the-Sea, California, and follows two ex-lovers as they meet for dinner and to reminisce. Celia retired from the CIA five years ago in order to raise a family, while Henry has never left Vienna station, still mired in that world of secrets and duplicity. Among their memories is the disastrous hijacking of Royal Jordanian Flight 127, which ended in the deaths of all passengers and crew, as well as the hijackers. It is a failure that haunts Vienna station to this day. As the night progresses, it becomes clear that one of them is not going to survive the meal.

Steve Schwartz and Paula Mae Schwartz of Chockstone Pictures partners along with Chockstone’s Roger Schwartz, and Nick Wechsler will be producing. The screenplay was adapted by Steinhauer.