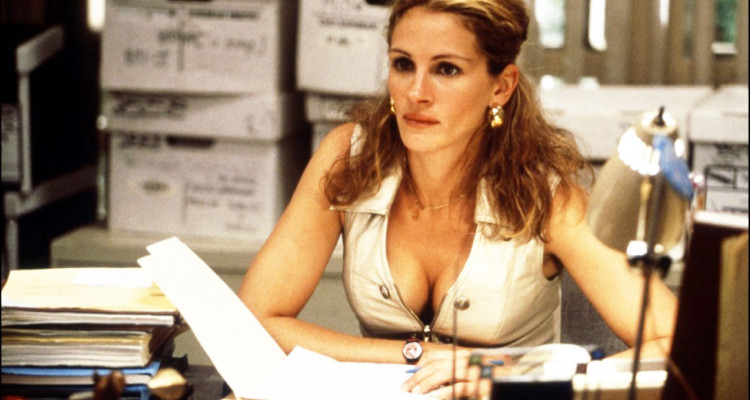 Biopics about powerful women… From ‘Wild’ to ‘The Iron Lady’

‘Jackie’ is released in Irish cinemas this week, and tells the story of Jackie Kennedy (Natalie Portman) not only trying to overcome the shock of her husband’s assassination in November 1963, but also the loss of her political and social standing, and her role as First Lady of the US. Set over the course of the first days after JFK’s death, Jackie comes off as formidable yet vulnerable, and a woman much stronger than the debutante character she played for the cameras.

To celebrate the release of ‘Jackie’ in Irish cinemas, Movies.ie has taken a look back over other biopics that tell the stories of strong women.

WILD
Cheryl Strayed (Reese Witherspoon) sets out to walk the Pacific Crest Trail after the breakup of her marriage. Along the way she realises truths about herself, makes peace with her past and, for the first time, sees a way to move forward in her life.
‘Wild’ is based on the memoir of Cheryl Strayed a woman who, presumably, was inspired to undertake the trek across America when she felt like her life was out of control. As she walks cross country, Cheryl looks back over the choices she has bade in her life and tries to come to terms with the death of her mother. As played by Reese Witherspoon, Cheryl Strayed comes across as a strong woman who is at a vulnerable time in her life, and determined to find herself as she spends time alone.

FUNNY GIRL
Starring Barbra Streisand as Fanny Brice, ‘Funny Girl’ is a musical dramedy that tells the story of Brice and her relationship with her husband Nicky Arnstein (Omar Sharif). Although it seems as thought Brie is a fool who is constantly supporting her husband, it is she who is the one who is successful and strong. Streisand created Fanny Brice as a strong Jewish woman, one of the first times that a Jewish woman was shown to be smart, funny, talented and beautiful on the big screen.

LA VIE EN ROSE
‘La Vie En Rose’ is the story of French singer Édith Piaf – named after Paif’s signature song – and is the film that not only won Marion Cotillard an Acaddemy Award, but catapulted her to international fame. Édith Piaf had a difficult and often brutal life abandoned, as she was, by both of her parents one after another, made a name for herself singing on the streets of Paris, lost the love of her life to a plane crash and struggled with addiction. Throughout all of this, PAif’s love for singing and performing never diminished – although she struggled with stage fright – and Cotillard makes Piaf a strong and determined woman, who struggles to get through the tragedy that lesser people would not have been able to endure, with grace and charm.

ERIN BROKOVICH
Although the Julia Roberts film of a single mother fighting the good fight against a big corporation has been parodied many times, it is worth remembering that Julia Roberts won an Academy Award for her performance as the tenacious woman, but Erin Brokovich is a real person and has gone on to become a TV personality and set up her own consulting firm.
The film focuses on Brokovich discovering that Pacific Gas and Electric Company (PG&E) of California has been telling residents of the small town Hinkley that they use a safe form of chromium, but the groundwater is full of carcinogens, and people are getting seriously ill. Brokovich is tenacious and has a rough charm to her, and Julia Roberts does not shy away from making her a fully rounded character, with flaws and perfections all mixed together. The story of how one woman took on a huge corporation and won makes for compelling viewing, and tells the story of a strong and powerful woman.

THE IRON LADY
‘The Iron Lady’ takes a look back at the life of former UK Prime Minister Margaret Thatcher (Meryl Streep). As Thatcher prepares to clear out her deceased husband’s belongings, she flashes back through their life together, the path she took that led to her becoming the first female Prime Minister of the UK and the legacy she has left behind.
Love her or hate her, it is hard to deny that Margaret Thatcher is one of the most memorable people in UK politics. Throughout her career, she introduced austerity cuts, refused to negotiate with groups who she felt were making unreasonable demands, and started a war over a tiny set of islands off the coast of Argentina. Meryl Streep unsurprisingly makes Thatcher a formidable woman, and carefully reminds audiences that Thatcher, although strict and unwavering, was a trailblazer, and the first woman prime minister in the UK.

Honourable mentions to… ‘Elizabeth’ and ‘What’s Love Got to Do With It?’

‘Jackie’ is released in Irish cinemas on January 20th 2017. Watch the trailer below…