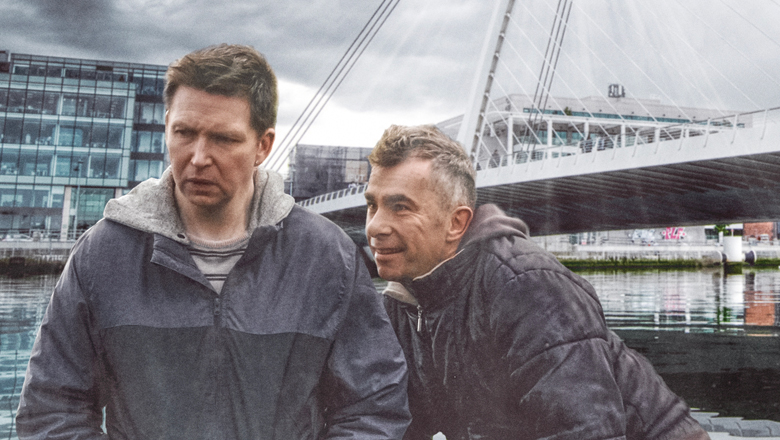 Be Good Or Be Gone

The Plot: Cousins Ste (Les Martin) and Weed (Declan Mills) are petty criminals serving out a sentence together in Mountjoy. They’ve been granted temporary release for four days, a chance to patch up old wounds and find something to keep them going when they eventually have to come back. Ste is the family man, estranged from his girlfriend Dee (Jenny Lee Masterson) and his young daughter. Weed has dreams of becoming a fashion designer when he’s done his time. How much trouble can these two thick-as-thieves get up to as they try to go on the straight and narrow?

The Verdict: Looking for a new Irish film that has an emotional resonance and an authentic Dublin sense of humour? Look no further than Be Good Or Be Gone, a commendable debut film from Cathal Nally. With a tagline of ‘sometimes you’ve got to lose it all if you want to survive’, this is a redemptive story of two flawed middle-aged men trying to make good on their admittedly messy lives. Films about convicts trying to go straight, even for a few days, is nothing new of course. Nally trots out the familiar beats about his lead characters slipping back into crime almost instantly while also trying to do something meaningful for the brief period of their release. It’s not so much what happens that matters here though. It’s more about how Ste and Weed say it and, ultimately, mean it to the people who matter the most to them.

There’s a scrappy, knockabout Adam & Paul-vibe to the pairing of Les Martin and Declan Mills. Working well together onscreen, they have a snarky but caring bond that is hard to break. When they’re separated, the film feels a little less impactful. The performances have that lived-in quality, where backstory doesn’t need to spelled out for the audience. It’s all in their weathered faces as they trudge through their four days, fall back into their old ways and encounter former associates who want to rope them back in. Martin is not only the co-writer with Paul Murphy, but he also makes his acting debut. He holds the screen throughout, portraying a man who is reminded that he’s had many chances and keeps blowing it. But Ste keeps trying and in tune with the occasionally Biblical sayings spouted by a colourful character known as John The Baptist, God loves a trier.

Indeed. Initially privately funded by Nally and Martin, the rest of the film was crowd-funded and has managed to reach screens in these turbulent times for the creative industries. Not bad for a first effort without funding from the usual sources like Screen Ireland. While its budgetary limitations are present, Nally doesn’t let that restrict the message of hope and change that’s in this crime drama. Familiar as it may be, the film’s greatest strength is its sharp script. It delicately balances humour, emotion, realistic Dublin grit and a firm understanding of its characters and where they’re going in their lives. Get the script right and the other elements should fall into place and deliver a satisfying result. While it may be a bit rough around the edges, Be Good Or Be Gone is certainly good enough for a first feature to ensure that Nally and Martin will be around to say more in the future.

BE GOOD OR BE GONE will be screened at this year’s Dublin International Film Festival. It will be screened  on March 4 @ 7pm  and will also then  be available on iTunes and Amazon from April 13th