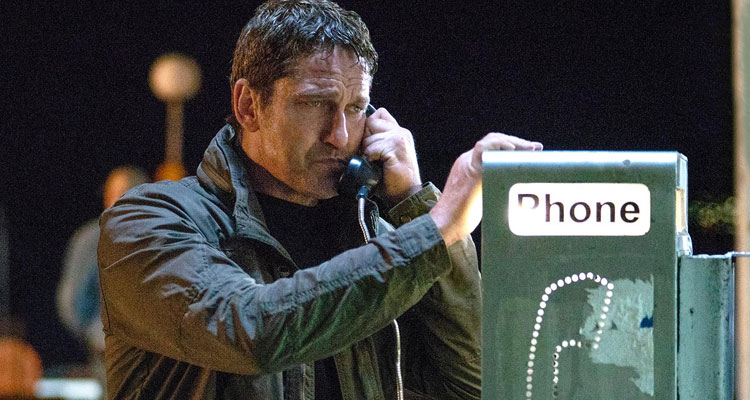 In short: ‘Fallen’ has fallen

The Plot: Loyal Secret Service agent Mike Banning (Gerard Butler) is up for promotion to director of the Secret Service. It’s more of a desk job, which might suit Banning as the years and mileage are catching up with him. While the new President Trumbull (Morgan Freeman) is on a fishing trip, Banning and his crew come under attack from a swarm of drones – killing all but Banning and the President. Banning believes he is being set up to take the fall and suspects that old friend Wade (Danny Huston) is behind the attack. Now a wanted man, Banning sets off to prove his innocence and seeks out help from an unlikely ally…

The Verdict: The ‘Fallen’ series began in 2013 with Olympus Has Fallen, a daft but rather enjoyable Die Hard-style throwback which involved lone Secret Service agent Mike Banning defending a besieged White House and his President. It easily beat off competition from the competing film White House Down and spawned a new action series. Like a loyal dog, Banning came back again in London Has Fallen. There was a noticeable dip in quality though. Now we have Angel Has Fallen, which turns the spotlight on Banning himself as he goes on the run from just about everybody when he’s framed for an attempted assassination on the President. That dip in quality has continued though – the law of diminishing returns.

Turning the focus onto Banning isn’t exactly original thinking. Of course he’s innocent of the attempted assassination. At this stage in the series, there aren’t going to be any major surprises. That would be asking too much of an in-built audience, right? It’s just about Banning proving who is behind it, which involves him getting into fisticuffs with his own Secret Service, the FBI and a ridiculous amount of heavily armed combatants. They just seem to keep coming at him, but are unable to capture or kill him. The amount of slow-motion bodies being blown into the air by explosions borders on the gratuitous. In true 1980’s throwback style, it’s like The A-Team on steroids. All that’s missing is Banning’s own hummable theme tune.

There is some fun still to be had here though. The rugged, durable Butler has settled into his heroic role quite nicely and shows some vulnerability this time round. Age has caught up with Banning and some lapses of judgment show that he’s not a perfect soldier, just a flawed man doing the best job he can. Laughs mostly come courtesy of Nick Nolte’s character, who has his own tricks up his sleeve. There’s some good banter between Butler and Nolte, though this reviewer could have done without an additional scene at the end – which smacks of a deleted scene that should have been left in the editing bay. Huston does what he can with his thinly-written character and at least lends some class to the explosive proceedings.

However, it’s hard to shake off the impression that this series is treading water and running out of ideas. If it’s to continue (which is possible), then this loyal dog will have to learn some new tricks and move beyond constantly protecting the President from attack. Angel Has Fallen falters early on and stumbles its way through a series of predictable action sequences (rooftop shoot-outs, running down corridors, exploding buildings) and character turns. It still gets back on its feet though. It’s distinctly average entertainment and seems okay to just run with that and hope that it’s enough. Just about though.