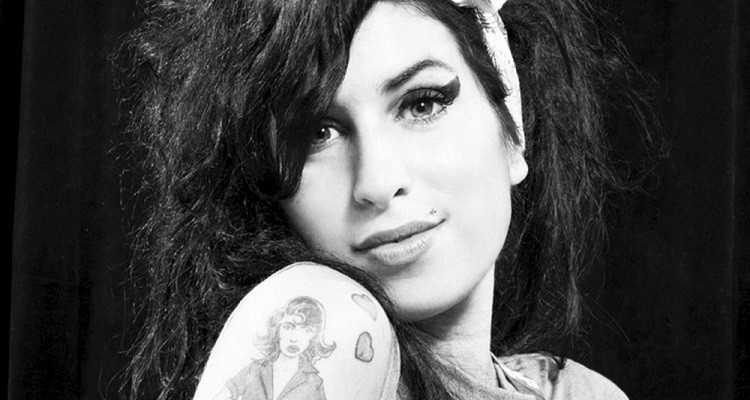 AMY (UK/15A/128mins)
Directed by Asif Kapadia. Starring Amy Winehouse, Mitch Winehouse, Nick Shymansky, Mark Ronson, Yasiin Bey, Tony Bennett, Blake Fielder-Civil, Tyler James, Salaam Remi, Juliette Ashby.
THE PLOT: Talking to over 100 people, and spending over 20 months in editing, director Asif Kapadia presents a chronological career diary of Amy Winehouse, the London-born soulster who became an international, Grammy-winning, multi-platinum-selling sensation in 2006, with her second album, Back To Black. Her Blood On The Tracks, charting the painful break-up with Blake Fielder-Civil, the man she believed was the love of her life, Back To Black would make Amy a star, and send her on such a fame spiral that, for her remaining five years, she would never get to record another album. The contrast of the young, vibrant, cheeky girl out on the road promoting her first album, 2003’s Frank, against the increasingly haggard and high Amy that the parapazzi came to love and hound provides much of the emotional punch here. Towards the end, there were still flashes of brilliance, of mischief, of that inspired young soul sister, but the well-documented tragic downfall rears its ugly head early on here…
THE VERDICT: A classic rise and fall, the late Amy Winehouse’s career reads like a modern-day fable, a join-the-dots guide to the pitfalls of fame, but it’s also a timeless in its depiction of an artist who was willing to walk the walk. Having fallen in love with those jazz giants who gave their heart and soul to music, Winehouse was smart enough to recognise the familiar pattern her life was following, but not quite smart enough, it seems, to avoid its inevitable sorry, messy fade-out.
Or perhaps she was, only there were those around Amy Winehouse who didn’t want this golden goose sober up and fly straight? Director Asif Kapadia – who did such an incredible job with SENNA, the 2010 cut-and-paste documentary on the late, great Brazilian Formula 1 driver – claims to have no agenda here beyond telling Amy’s story. There may be no target of blame, but it’s not too hard to recognise who the baddies are here. Each would say that Amy was ultimately out of their control, but, as the dazed and confused young star clearly lost control, that’s when those closest to her should have grabbed the wheel. Instead, as the iceberg veers into view, the best that Kapadia can do is present us with the facts as he found them.
That his documentary reminds you first and foremost just how wonderful Amy Winehouse was makes her sad, scattered end all the more painful.
RATING: 4/5
Review by Paul Byrne