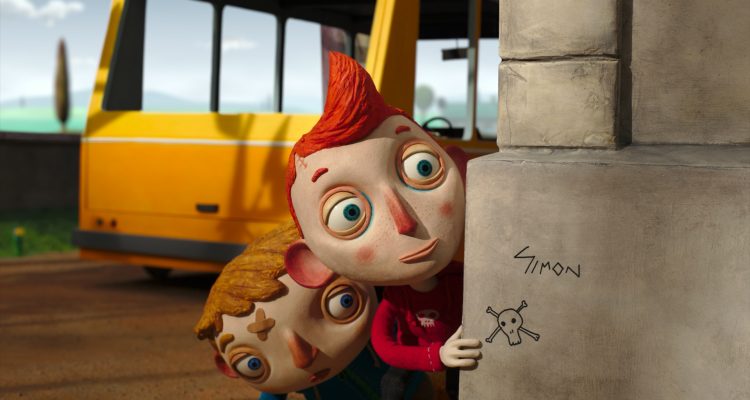 THE Audi Dublin International Film Festival is delighted to announce the return of Fantastic Flix for a second year with an exciting line-up of films for young people alongside a very special visit from beloved children’s author, Dame Jacqueline Wilson. Tickets for Fantastic Flix are now on sale from diff.ie.

Can any film experience as a grown-up ever quite compare to outings to the cinema we had as children? The Audi Dublin International Film Festival’s Fantastic Flix conjures up that world of cinematic wonder for the next generation in its packed festival of children’s films from around the world, workshops, short film selections, the Fantastic Flix Children’s Jury and special events. Fantastic Flix runs from 10th – 18th Feb 2017 in cinemas across Dublin including the Light House Cinema, Movies@Swords, Movies@Dundrum, Omniplex Cinema Rathmines and The Ark.

Jacqueline Wilson’s books for young readers are frequently themed around adoption, divorce and mental illness, and she is best known for her Tracy Beaker series of books, four of which have been made into CBBC TV series. As a Fantastic Flix guest curator, she will select three films and present two films ‘Mandy’, ‘The Secret Garden’ that captured her imagination and one adaptation of her work ‘The Illustrated Mum’ (courtesy of Channel 4) that she’d like to share with her young readers here in Dublin.

Looking ahead to the Festival, Jacqueline Wilson said “I’m very much looking forward to returning to Dublin in February to present three of my favourite films. I’ll be introducing the excellent film adaptation of my own book ‘The Illustrated Mum’, directed by Cilla Ware, followed by a Q & A with me. I will also introduce ‘Mandy’, a black and white film about a little deaf girl, which made an enormous impression on me as a child, and ‘The Secret Garden’, directed by Agnieszka Holland, a truly magical film. It will be a lovely opportunity to meet lots of you!’

Highlights of the programme for older children include a preview of Michaël Dudok de Wit’s Cannes prize-winning ‘The Red Turtle’ (10+), a strange and enchanting story of the mysterious visitor to a man on a desert island that is imbued with the distinctive style of co-producers Studio Ghibli; and ‘Kai’ (10+), the Korean animation that tells the story of young Kai fighting to save his village from the evil snow Queen Hattan.

As well as these, films in the Fantastic Flix section of the festival, aimed at younger children include ‘Snowtime’ (4+), a Canadian film that focuses on the wonder and magic of one village coming together for a massive snowball fight, as well as ‘Louis & Luca – The Big Cheese Race’ (5+), ‘Zip & Zap and the Captain’s Island’ (8+) and ‘Abuele’ (8+). Just nominated for a Golden Globe, ‘My Life as a Courgette’ (12+) is a terrific new animation about boy negotiating a tough new life in a foster home. ‘My Life as a Courgette’ is a beautifully animated, small story that has strong performances from the voice cast. The film has tons of heart, filled with charming characters and a strong message of hope for the future.

For those wanting to get some hands-on film experience there’s a trio of terrific workshops being presented in collaboration with The Ark; Foley Workshop: Creating Sounds for the Screen delves into the world of sound effects; Brick Flick’s Lego Animation workshops bring the world’s favourite building blocks to life, and The Breadwinner Storyboard Workshop shows how Oscar-nominated animators Cartoon Saloon go about plotting animated features like their new film ‘The Breadwinner’.

Fantastic Flix will be presenting the winning entries of the Drugs.ie National Youth Media Awards short Video category. The awards aim to encourage discussion by inviting young people to produce a piece of original content.