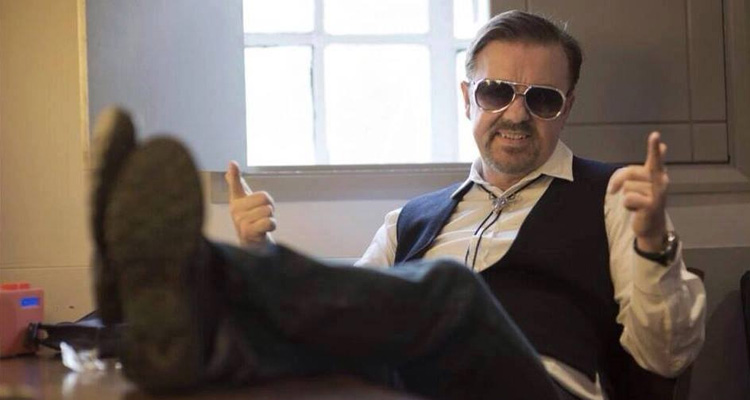 ‘Lady Gypsy,’ the first single from the upcoming comedy is just what you’d expect from former office manager David Brent.

DAVID BRENT: LIFE ON THE ROAD sees the highly anticipated big screen debut of one of comedy’s best-loved characters, David Brent (Ricky Gervais). The film catches up with Brent twelve years on from the BBC mockumentary ‘The Office’ to find he is now a travelling salesman with Lavichem, a cleaning and ladies’ personal hygiene products company. However, he hasn’t given up on his dream of rock stardom and is about to embark on a self-financed UK tour with his band, ‘Foregone Conclusion’.

DAVID BRENT: LIFE ON THE ROAD is in Irish Cinemas August 19th.