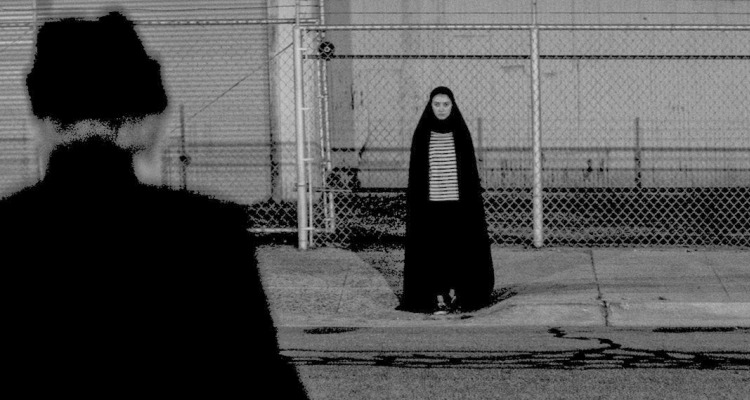 The Best Reviewed Films of 2015… That You Didn’t See

Ok, we know there is still just under a month to go in 2015, but with the end of the year full of blockbusters like ‘Star Wars: The Force Awakens’, Ron Howard’s ‘In The Heart of the Sea’ and the Amy Poehler Tina Fey comedy ‘Sisters’, we feel pretty sure that December 2015 is sure to be a cinematic winner. That’s why we decided to take a look back over some of the best-reviewed films of 2015 that it seems nobody went to see.

A MOST VIOLENT YEAR
Oscar Isaac seems determined to bookend 2015 with two strong films, but his film with Jessica Chastain was one that failed to set cinemas alight.
1981 was the most violent year of New York’s history, and ‘A Most Violent year’ focuses on immigrant Abel (Oscar Isaac) as he sets out to expand his business and provide for his family, only to find the fight to survive one that he may not have been prepared for.
The film holds a 90% approval rating on Rotten Tomatoes, but with a budget of $20 million and a worldwide gross of $5.7 million, ‘A Most Violent Year’ did not bring audiences to cinemas; a shame since Isaac and Chastain do some of their best work in this lo-fi thriller.

Rushing or dragging was the question we came out of ‘Whiplash’ with, and it is one that has haunted us – along with a very shouty J.K. Simmons – all year.
As well as Simmons, ‘Whiplash’ stars Miles Teller – who would go on to have a very bad year with the ‘Fantastic Four’ reboot – as Andrew Neyman, a promising young drummer, studying at the Shaffer Conservatory in New York. Notoriously strict and demanding Shaffer conductor Terence Fletcher (JK Simmons) soon recruits Neyman for his studio band, but it is not long before Fletcher’s talent for manipulation and bullying drives Neyman to his limits.
Although ‘Whiplash’ won Oscars for Best Supporting Actor – Simmons – Best Film Editing and Best Sound Mixing, as well as being nominated for Best Picture and Best Adapted Screenplay, the film did not win many fans at the worldwide box office. With a 94% approval rating on Rotten Tomatoes and a budget of $3.3 million, the film only did $13 million at the US box office, with the rest of the world bringing it up to $48 million over all. Not all that terrible, but when films like ‘Jurassic World’ and ‘The Martian’ are bringing in hundreds of millions, not all that great either.

Robert Zemeckis’ most recent film took on the story behind Phillippe Petit’s daredevil stunt to walk a high wire between the Twin Towers in 1974. Joseph Gordon-Levitt took on the lead role in the film, which was a delicate balance between whimsy and determination, fun and thrills.
Shown to gut-wrenching effect in IMAX, the film brings the audience right onto the high wire with Petit, whose story had previously been told in the documentary ‘Man on Wire’.
Perhaps it was the fact that this story had already been told, or perhaps Gordon-Levitt’s no-that-terrible French accent threw people off. Whatever the reason, ‘The Walk’ has an 85% approval rating, but with a budget of $35 million, has only just made its budget back so far, taking $41 million worldwide.

Yes we know the idea of a black and white Iranian vampire Western is not one that immediately appeals, but stick with us. Before it was released in May this year, ‘A Girl Walks Home Alone At Night’ screened to a delighted reception at the Jameson Dublin International Film Festival in March, and has a 95% approval rating on Rotten Tomatoes.
In the Iranian town of Bad City, the lonely, cruel and desperate townspeople are unaware that there is a vampire in their midst. Clad in a hijab and riding a skateboard, The Girl (Shiela Vand) stalks the residents and exists in solitude, until she meets the lonesome Arash (Arash Marandi). Funded on IndieGoGo to a tune of $56,000 ‘A Girl Walks Home Alone At Night’ is a wonderfully dark, twisted and romantic tale with a killer soundtrack and oodles of style, but perhaps the premise put audiences off, or perhaps the ‘Twilight’ franchise gave audiences their fill of vampires. Whatever the reason, ‘A Girl Walks Home Alone At Night’ only made $516,000 at the box office. A shame, as this weird and wonderful film really deserves to be seen.

Before ‘Sicario’ and after ‘Prisoners’, director Denis Villeneuve quietly brought out one of the weirdest, most twisted thrillers of 2015; ‘Enemy’.
Adam (Jake Gyllenhaal) has an ordered and normal life; a job he likes, a girlfriend he loves and a place to call his own. When watching a movie, however, he realises that one of the actors is his exact double, and goes about seeking him out.
‘Enemy’ initially opened in just one cinema in the US, making over $16,000 from that site before it was expanded across the country. With a budget of $7.9 million and an approval rating of 75%, it seemed that ‘Enemy’ was a sure fire sleeper hit, but to date, has only taken $3.4 million worldwide.