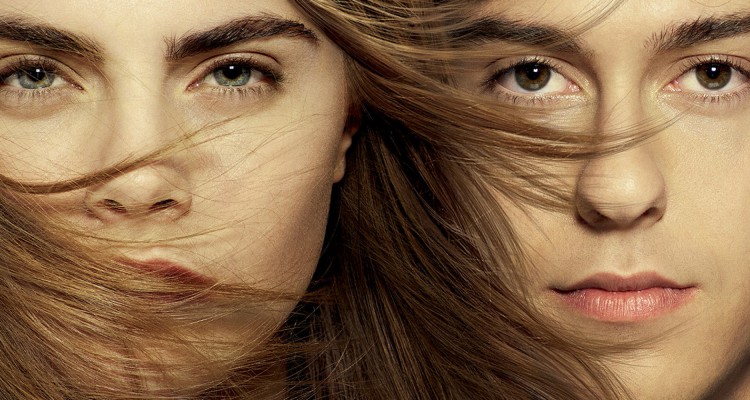 10 things you need to know about PAPER TOWNS

PAPER TOWNS is released in Irish cinemas this week. Based on a young adult novel by John Green – who also wrote The Fault in Our Stars – the film is the story of Quentin (Nat Wolff) who has always been in love with Margo (Cara Delevigne), the girl next door. After an unexpected night shrouded in mystery and revenge, Margo goes missing, and Quentin believes it is up to him to find her.
To prepare you for seeing the upcoming PAPER TOWNS movie, Movies.ie has gathered together 10 facts about the film. Keep reading to find out more…

1. Leading Role
Although she is arguably best known for her work as amodel, Cara Delevigne has had several roles in films over the past few years; including ANNA KARENINA. Although she is set to play The Enchantress in the upcoming SUICIDE SQUAD movie, PAPER TOWNS is Delevigne’s first leading role in a film.

3. SeaWorld
In the novel ‘Paper Towns’, there is a scene at the famous SeaWorld sea park. This has been cut from the film since there were fears that people could boycott the film due to information revealed in the documentary BLACKFISH.

4. Casting
Shailene Woodley – who played Hazel in the FAULT IN OUR STARS, which was also based on a novel by John Green – was originally cast as Margo in PAPER TOWNS, but she had to drop out due to scheduling conflicts with INSURGENT. Author John Green said he would have liked YouTuber Emma Blackery to play the role, but the choice was not up to him.

5. Remember where you were…
Cara Delevigne’s reaction to finding out she got cast was an emotional one; “I was actually by myself, which was a bit sad. I was in a hotel room, getting ready for work and I got a call. I just started crying. It was too much”. Aww.

6. Cameo
Author John Green makes a cameo in PAPER TOWNS as the voice of the shotgun-wielding father of Becca.

7. Quiet on set!
John Green said on his blog that he ruined one of the takes of the film by shouting in the background. Green is a long time fan of Liverpool Football Club, and when he found out they were drawn to play against AFC Wimbledon, he cheered and the scene had to be reshot.

8. OKAY? OKAY.
Ansel Elgort who played the love interest Augustus Waters in last year’s THE FAULT IN OUR STARS, makes a cameo appearance as a gas station cashier.

9. Soundtrack
The film’s soundtrack contains new and previously released material from Twin Shadow, Santigold, Grouplove, HAIM, Vampire Weekend, The Mountain Goats, The War on Drugs and Galantis. Should be a stormer!

10. When can I see PAPER TOWNS?
PAPER TOWNS is released in Irish cinemas on August 17th 2015. Watch the trailer below…