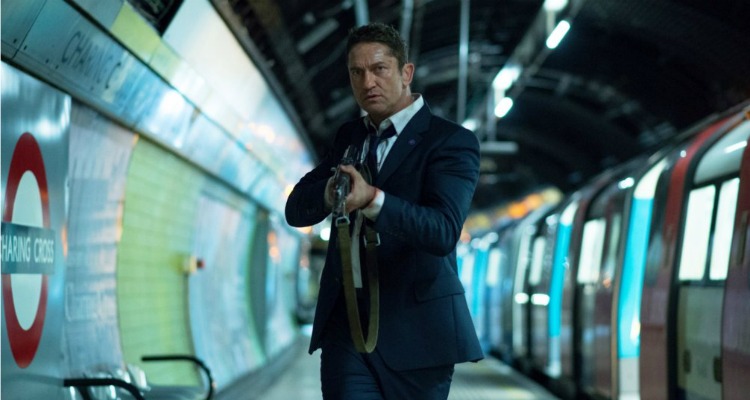 10 things you need to know about London Has Fallen

This week sees the release of ‘London Has Fallen’ in Irish cinemas. The sequel to ‘Olympus Has Fallen’ pits Secret Service Agent Mike Banning (Gerard Butler) against a terrifying plot to assassinate world leaders. Movies.ie has gathered together 10 facts you really need to know about this action adventure.

1. Coincidence
Interestingly, when ‘Olympus Has Fallen’ was released in Irish cinemas in April 2013, it was followed in September of the same year by ‘White House Down’, a film in which Channing Tatum saves the day.

2. Director
Antoine Fuqua directed ‘Olympus Has Fallen’, but could not return to the sequel due to scheduling conflicts with ‘The Equaliser’. Instead, Swedish director Babak Najafi – known for his work on Swedish thriller ‘Easy Money 2: Hard to Kill’ – is behind the camera.

3. Setting
‘London Has Fallen’ takes place three years after the US President was saved from certain doom by Secret Service Agent Mike Banning in ‘Olympus Has Fallen’.

4. Cast
Gerard Butler, Aaron Eckhart, Morgan Freeman, Angela Bassett and Radha Mitchell all reprise their roles from ‘Olympus Has Fallen’, and they are joined by newcomers to the franchise Jackie Eale Haley and Charlotte Riley.

5. Success
‘Olympus Has Fallen’ made over $160 million at the box office – against a budget of $70 million – meaning audiences voted with their attendance to have a sequel made.

6. Release
‘London Has Fallen’ was originally scheduled to be released in 2015, but the date was changed so that the film did not clash with Ridley Scott’s ‘The Martian’.

7. Rewrite
In ‘Olympus Has Fallen’, the role of the Secret Service director was originally written for a man. Antoine Fuqua persuaded Angela Bassett to audition, then had the role re-written for a woman. Bassett obviously enjoyed her role, since she has returned for this sequel.

8. Trailer
In the international trailer, an instrumental version of the traditional English nursery rhyme and singing game “London Bridge is Falling Down” is used.

9. Christmas Holidays
Filming for ‘London Has Fallen’ began in London in late 2014, before production took a break for Christmas. Gerard Butler joined the shoot after this break since he was working on sci-fi thriller ‘Geostorm’ when shooting began.