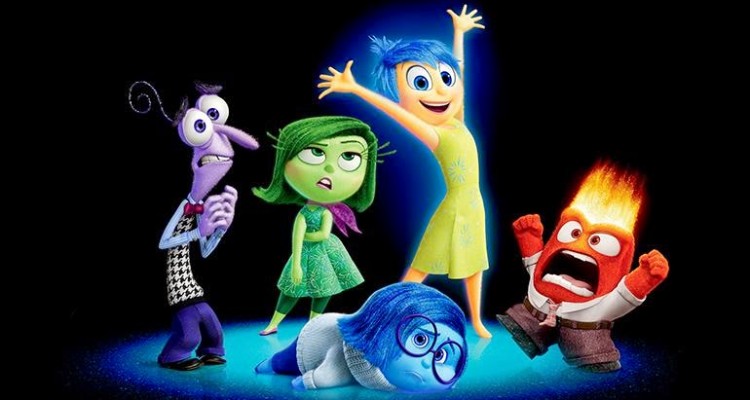 10 things you need to know about INSIDE OUT

Pixar’s latest animation, INSIDE OUT, is finally released in Irish cinemas this week. Directed by the man who previously brought us MONSTERS, INC., and UP, INSIDE OUT takes a look at the inner workings of the human mind, specifically the emotions that drive us. Amy Poehler leads the cast as the delightfully perky Joy, and she is backed up by Phyllis Smith as Sadness, Bill Hader as Fear, Mindy Kaling as Disgust and Lewis Black as Anger.

Movies.ie are huge Pixar fans and are delighted that INSIDE OUT is a return to form for the studio. With this in mind (sorry!), we have gathered together some facts about the film that is melting hearts around the world…

1. Inspiration
Pete Docter says he was inspired to make INSIDE OUT while watching his young daughter go from a chirpy child to a more sullen one as she grew older and closer to her teenage years. This got him wondering about what was going on in her head, and INSIDE OUT was born.

2. Honey, I Shrunk the Crew!
The animation crew for INSIDE OUT only contained about 45 people; half the size of previous Pixar productions.

3. Standing Ovation
When the film premiered at the Cannes Film Festival earlier this year, the assembled audience – Movies.ie included – were so enamoured with the film, they gave it a 10 minute standing ovation.

4. More than a Feeling…
Filmmakers considered over 27 emotions before settling on Joy, Fear, Anger, Disgust and Sadness. Director Pete Docter says each emotion is based on a shape: Joy is based on a star, Sadness is a teardrop, Anger is a fire brick, Fear is a raw nerve, and Disgust is broccoli.

5. Without the bitter, the sweet ain’t as sweet
When director Pete Docter and producer Jonas Rivera pitched the film to Mindy Kaling – who plays Disgust – she was moved to tears and said, ‘I think it’s great that you guys are making a film that shows it’s difficult to grow up and that it’s okay to be sad about it.’

6. Forget it…
There is a reference to Roman Polanski’s famous film CHINATOWN as the characters journey through the mind. We will tell you it involves clouds, but leave you to discover it for yourselves!

7. Old Friend
John Ratzenberger makes his 15th appearance in a Pixar movie in INSIDE OUT. In the past, Ratzenberger has voiced many characters in Pixar films, including Hamm the piggy bank in the TOY STORY franchise, The Abominable Snowman in the MONSTERS, INC. movies and The Underminer in THE INCREDIBLES. The actor is considered to be a good luck charm at Pixar.

8. Reuse, Recycle
All the action in INSIDE OUT takes place in the mind of a young girl named Riley. The pre-teen version of the character is voiced by Kaitlyn Dias, but for the toddler version of the character, the filmmakers simply recycled old dialogue of Mary Gibbs, who provided the voice of Boo in MONSTERS, INC. Gibbs is even listed in the credits under additional voices.

10. When can I see INSIDE OUT?
INSIDE OUT is released in Irish cinemas on July 24th 2015.
Stay tuned to Movies.ie for exclusive interviews with the crew of the film.