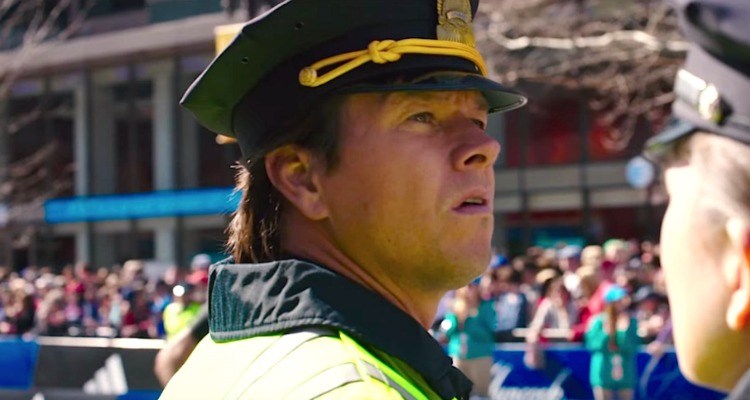 10 things you need to know about ‘Patriot’s Day’

This week, ‘Deepwater Horizon’ director and star Peter Berg and Mark Wahlberg reunite for the remarkable true story of the 2013 Boston Marathon bombings, in ‘Patriot’s Day’. Wahlberg plays Boston PD officer Tommy Saunders who was on site when, on April 15th 2013, two bombs went off at the finish line of the Boston Marathon, killing three people and injuring hundreds of others. In the immediate aftermath, as families are separated and chaos reigns, the manhunt for those responsible – Dzhokhar Tsarnaev (Alex Wolff) and Tamerlan Tsarnaev (Themo Melikidze) began.

To celebrate the release of ‘Patriot’s Day’ in Irish cinemas, Movies.ie has gathered together 10 things about the movie that you really ought to know. Keep reading to find out more…

1. Collaborations
‘Patriot’s Day’ is the third collaboration between Mark Wahlberg and Peter Berg after ‘Lone Survivor’ and ‘Deepwater Horizon’. All three films are based on true stories.

2. Casting Call
The casting call for extras for ‘Patriot’s Day’ resulted in a line stretching the entire quarter-mile length of Braintree Street in Allston, Massachusetts; a neighbourhood of Boston.

3. No and Yes
Mark Wahlberg was originally against making ‘Patriot’s Day’, and turned down the role. Wahlberg eventually accepted after reading the script and realising he would be one of the few actors who could make the movie right.

4. Merger
The script of ‘Patriot’s Day’ is made up of a merger of two separate scripts. One was called ‘Boston Strong’ and focused more on the action aspect of the true story. Another was titled ‘Patriot’s Day’ which was more of a factual drama. The final script was a mix of the two, in order to be factually correct but also allow for tense action to keep the audience involved and entertained.

7. Whiplash
Benoist also previously worked with one of her ‘Patriot’s Day’ co-stars; she played Nicole in ‘Whiplash’ J.K. Simmons won an Oscar for, his role as Fletcher in the same film.

8. Music
Trent Reznor and Atticus Ross created the score for ‘Patriot’s Day’; it is their first score for a film that isn’t directed by David Fincher.

9. Title
The title of the film is derived from the Massachusetts state holiday that commemorates the Battles of Lexington and Concord on April 19, 1775. It’s always observed on a Monday, and the Boston Marathon is held on that day.