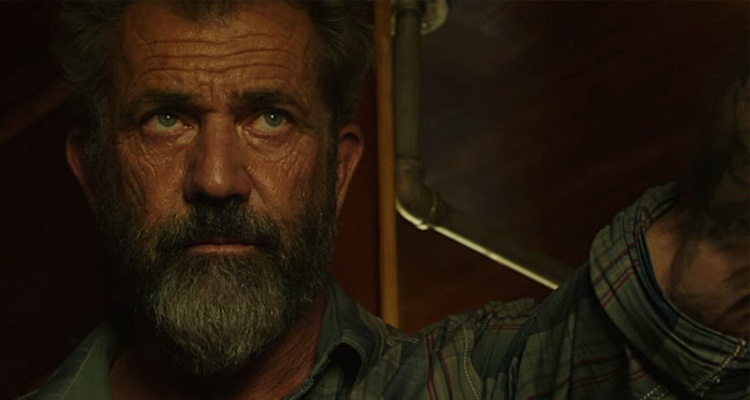 10 things you need to know about ‘Blood Father’

Mel Gibson’s first leading role since ‘How I Spent My Summer Vacation’ in 2012 – ‘Blood Father’ – is released in Irish cinemas this week. Directed by Jean-Francois Richet, the film follows John Link (Gibson), a man trying to stay on the straight and narrow after spending time in prison. When his daughter Lydia (Erin Moriarty) suddenly contacts him after being missing for three years, Link finds himself drawn into a conflict that’s not of his making… For once.

‘Blood Father’ was premiered at the Cannes Film Festival earlier this year, and to celebrate the film’s Irish cinema release, Movies.ie has gathered together 10 facts about ‘Blood Father’ that you really need to know.

1. Based On…
‘Blood Father’ is based on Peter Craig’s novel of the same name, which was released in 2005. Craig also wrote the screenplay for the film adaptation.

2. Attempts Made
In 2008, a film version of ‘Blood Father’ was reportedly in the works, with Sylvester Stallone attached to direct and star in the film.

4. Cut
Elisabeth Röhm filmed scenes for ‘Blood Father’ as Mel Gibson’s estranged wife, and mother of Lydia, but her role ended up being cut from the film.

5. What’s in a Name?
In ‘Blood Father’ William H. Macy plays a character named Kirby; his character in ‘Jurassic Park II’ coincidentally had the same name.

6. Ink
In ‘Blood Father’ Mel Gibson plays a tattoo artist. To prepare for the role, Gibson took tattoo lessons from a professional who allowed Gibson to practice on his arm. Gibson says he drew smiley faces and his own initials on his teacher’s arm.

7. Remember This?
The bar used in ‘Blood Father’ may look familiar to some eagle eyed audience members; it is the same one as was used in the Dan Stevens and Maika Munroe movie ‘The Guest’.

8. Reunited
Raoul Trujillo plays a hitman in ‘Blood Father’, but this is not the first time that he has worked with Mel Gibson; he played a warrior in the Gibson directed ‘Apocalypto’.

9. Running Time
‘Blood Father’ is 88 minutes long, and is not the first film of that length in which Mel Gibson has played a man concerned about a family member; the first was ‘Mad Max’ back in 1979.

10. When can I see ‘Blood Father’?
‘Blood Father’ is released in Irish cinemas on October 7th 2016. Watch the trailer below…