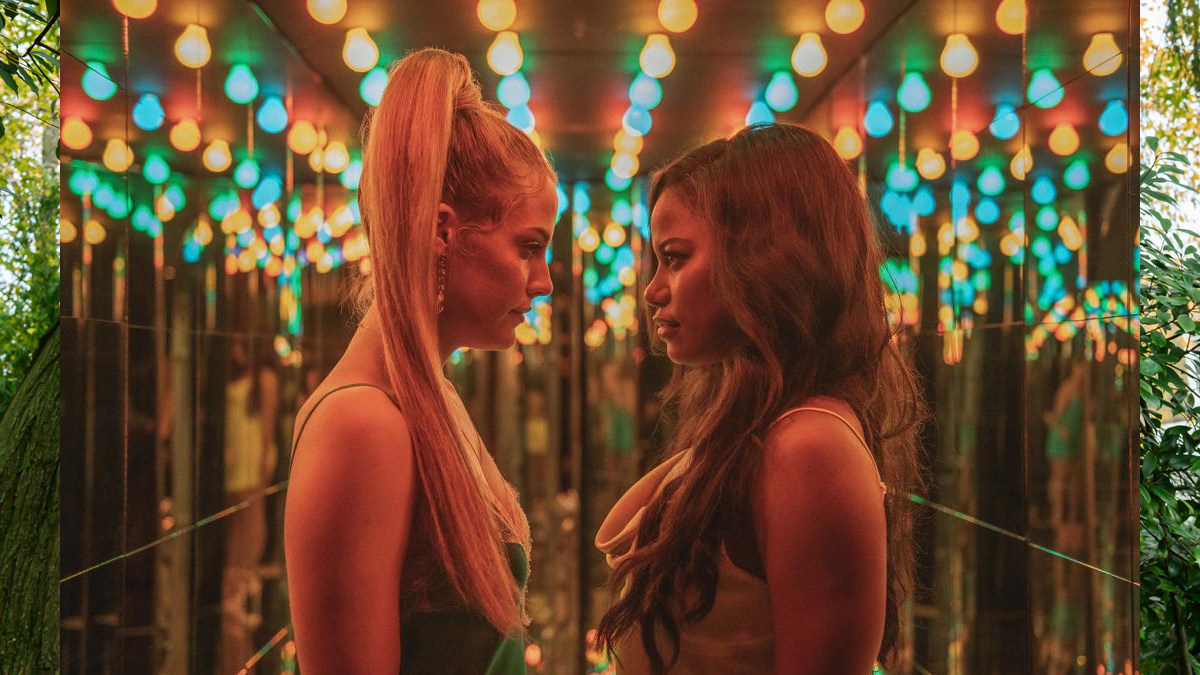 The Plot: Detroit waitress and stripper Zola (Taylour Paige) knows where she’s at. A young woman who sets her own boundaries, she has a habit of attracting the wrong kinds of people. Such as fellow stripper Stefani (Riley Keough) who she serves at her restaurant. An instant friendship is struck up between them over their shared love of social media and dancing. Stefani invites Zola to join her and her boyfriend Derrek (Nicholas Braun) on a weekend road trip to Florida to make some dough dancing on the poles. Also along for the ride is the vaguely threatening presence of X (Colman Domingo) who she soon discovers is Stefani’s pimp…

The Verdict: Here’s a new one: an American film based on the wild exploits of a stripper, but with a script inspired and formed from an epic 148-tweet story told in fragmented form over social media. Charles Dickens never had that so easy when he slowly dished out his books in serialised format in newspapers. That’s what happened anyway when A’Ziah ‘Zola’ King related how she met another stripper, enjoyed chatting and hanging out with her, joined her for a wild weekend in Florida… and then just as quickly fell out with her over her alternative career choice. It’s the kind of mostly true (according to the opening credits) story that shouldn’t really work as a film, given that it lavishes attention on the seamier elements in society normally found under a rock. Films inspired by a stripper’s tweetathon don’t exactly inspire confidence in the script either. And yet it works a treat.

Second-time director Janicza Bravo has taken this potentially dubious story and somehow formed it into an enjoyably trashy and at times hilarious character piece. It’s the kind of film that would sit well in a double bill with Sean Baker’s iPhone-shot Tangerine, which detailed L.A.’s colourful street life in all its gaudy excess. The story focuses on strippers Zola and Stefani as they quickly become the best of besties and then the worst of frenemies over the course of a weekend pole dancing. Or at least, that’s what Zola was lead to believe. Stefani also sidelines as a prostitute and wants Zola around to keep an eye out for her. Cue Zola looking uncomfortable, dissing Stefani’s intimate encounters as ‘gross’ and somehow not letting on to Stefani’s dim-bulb boyfriend Derrek or angering her pimp.

It’s a heady, earthy mix of elements which raises some uncomfortable questions about the exploitation of women by toxic men who undervalue their worth or are too dumb to keep up with them. Bravo does something unexpected here: she makes Zola the smartest, most capable person in the room and surrounds her with agents of chaos who unknowingly elevate her position. She knows what she wants and isn’t afraid to go out and find it. Taylour Paige is an ocean of calm here as Zola, creating a strong feminine presence but crucially without losing respect for the character. Keough is a lot of fun too as the bitchy but vulnerable Stefani, inappropriately channeling African-American culture into her mannerisms. At one stage, Zola out-pimps X when she suggests that Stefani quadruples the set price. Sisters have to stick together after all.

For a film that has sex on the brain, there’s precious little that’s glamorous or titillating about it, dispelling the typical male gaze. Most un-Hollywood like then, suggesting a feminist slant that raises Zola to a higher level than it ostensibly appears. There’s a message here about women sticking together and looking out for each other among predatory men, but Bravo also wraps that up in an appealing package involving characters on the margins of society. It’s quite trashy and at times silly, but it’s quality trash that you can throw some money at and not feel guilty about giving it a like. Bravo indeed. 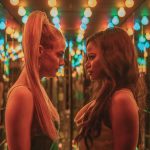