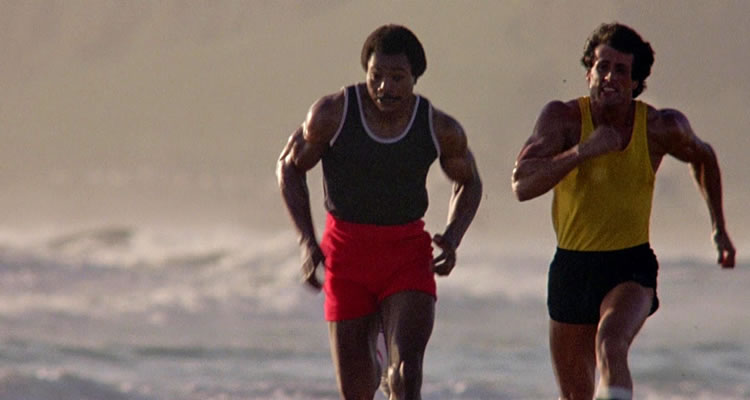 Top 5 movie songs… Of all time

There have been many many singles released with movie tie in videos lately, some that went on to become Oscar winners – take a bow Parrell’s ‘Happy’ – or just massive hits in their own right – thank you Ellie Goulding’s ‘Love Me like You Do’. Here at Movies.ie, we are always up for a good movie tie in single, so we decided to take a look back at some of the biggest movie songs of all time…

‘Endless Love’ – Diana Ross & Lionel Richie
From the movie of the same name, ‘Endless Love’ is not only the biggest duet hit of all time, but it completely eclipsed the Brooke Shields movie, and became a pop cultural phenomenon all of its own. The song was Oscar nominated for Best original Song, but lost out to ‘Arthur’s Theme (Best That You Can Do)’ from the film ARTHUR. As well as this, the song was covered by Luther Vandross and Mariah Carey, and was sung by Phoebe and Chandler in the third season of ‘Friends’.

It should come as no surprise to anyone who lived through 1991 that the love song from ROBIN HOOD: PRINCE OF THIEVES would turn up in this article. Seriously, that song was everywhere for weeks, and was the biggest hot of Adams’ career.
‘(Everything I Do) I Do It For You’ was not only number 1 in more than 15 countries, it ranks at number 17 in the UK’s all time charts, and number 18 in the US’s all time charts. As well as this, the song won a Grammy Award and was Oscar nominated. Not bad for a song that was apparently written in less than an hour!
The song was covered by Irish band Fatima Mansions as a charity single, and in 1999 Brandy released her own version of the song.

‘How Deep Is Your Love’ – Bee Gees

Featured in the John Travolta dance movie SATURDAY NIGHT FEVER, ‘How Deep Is Your Love’ hit the top 10 in the UK and Australia; topped the charts in the US, and stayed in the top 10 for a record breaking 17 weeks.
The song won The bee gees a Grammy for Best Pop Performance by a group and a nomination for Best Original in 1978.
In 1996, UK pop group Take That covered the song; their last single until their comeback 1 a decade later. The song topped the charts in the UK and, although many die-hard fans didn’t think it was an appropriate note for Take That to go out on, stayed there for three weeks. The power of a good pop song, eh!?

‘Eye Of The Tiger’ – Survivor

Much like the now-famous take of The Knack not granting the right to ‘My Sharona’ to Quentin Tarantino for RESERVOIR DOGS, Sylvester Stallone originally wanted to use Queen’s ‘Another One Bites the Dust’ for the ROCKY III training montage, but Queen wouldn’t grant the film permission. Enter Survivor, who wrote the song to time with Rocky’s punches in the sequence.
‘Eye of the Tiger’ topped the charts around the world – including Ireland – and has become synonymous with the Stallone-led movie. The song was Oscar nominated, but lost to ‘Up Where We Belong’ from AN OFFICER AND A GENTLEMAN.

When Alex (Jennifer Beal) auditions for an uptight and traditional dance conservatory board in the movie FLASHDANCE, she seriously impresses them when her song of choice turns from ballad into classic 80s pop. Written by Giorgio Moroder, Keith Forsey, and Irene Cara, ‘Flashdance… What a Feeling’ topped the charts in both the UK and the US, and won an Oscar and a Golden Globe.
As well as this, the sing is heavily sampled in Jason Derulo’s song ‘The Sky’s the Limit’ and was covered by Global DeeJays in 2005.