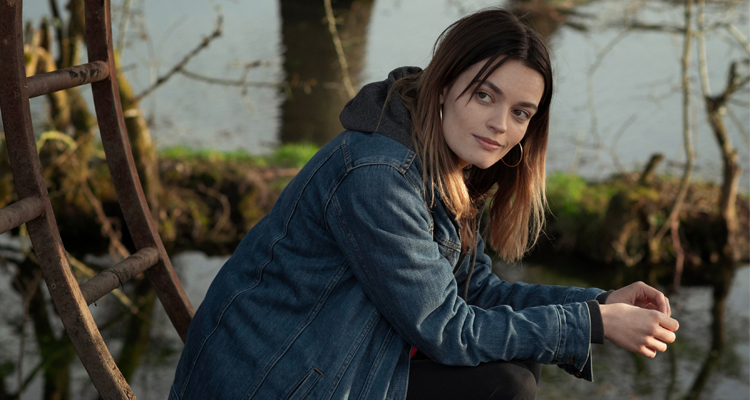 Having spent some time in England, Elaine (Charlie Murphy) returns to her childhood home in rural Ireland with her teenage son Tom (Anson Boon). Neither of them are particularly happy about it, having fled from an unspoken trauma from the past. Tom is a troubled young man, prone to long periods of silence and is mostly uncommunicative. They strike up an acquaintance with neighbour Ward (Michael McElhatton) and his daughter Holly (Emma Mackey). While Tom walks by the titular lake, he finds something distressing in the water that the lake has returned to the surface. This sets him on a course of conflict, which could define him as a man and as a son…

The Verdict: There’s something in the water about The Winter Lake. It’s an Irish-Canadian co-production which comes from Dublin-based Tailored Films. Suitably named, as there is a finely cut aspect to this well-mounted rural Irish drama / thriller. It’s the product of a first-time feature director in Phil Sheerin and a second-time writer in David Turpin. The latter’s previous film was The Lodgers, an Irish-set ghost story which was strong on atmospherics but not really memorable. The Winter Lake has a more confident air to it, with Turpin’s script hinting at enough morbid backstory without feeling the need to explain it in detail.

This is the kind of sombre film where dialogue is stripped back and a lot remains unsaid between the main characters. The audience is trusted to fill in the blanks and connect the dots to determine their motivations – a mature approach towards filmmaking narrative that emphasises performance over showiness. As dark secrets of the past come literally to the surface, there’s an omnipresent tension bubbling underneath the surface just waiting to explode with the potential for physical violence. For both Sheerin and Turpin to maintain that flow of tension and grip an audience from early on is an impressive achievement for relative newcomers.

At its core, The Winter Lake is a smalltown mystery wrapped up in the legacy of Ireland’s recent past. The kind that people don’t want to talk about – but need to. This is shot through the framing narrative of a mother-son relationship which is in danger of disintegrating given their desperate circumstances. Despite their personal conflict about moving around different places, there is a genuine affection between them which is ably portrayed by both Murphy and Boon. Sheerin shows a good command of his actors throughout, with Boon tapping into that Lucas Hedges-style troubled young man vibe.

You need to be in a certain kind of mood to watch this film though, to soak in its very specific ambiance. It’s not exactly sunshine and light. If anything, it’s a dark, moody and broody story. Maybe a bit too much at times, with that common fault of Irish films – questionable lighting – rearing its unwelcome head. It can’t just be the clouds and damp weather obscuring what’s going on in key scenes. Still, there is much to admire in this debut film. The Winter Lake strikes a good balance of character, environment and how the past can tie people to one location and not let them go until they find the cathartic release that they need. It will be intriguing to see what Sheerin comes up with next.