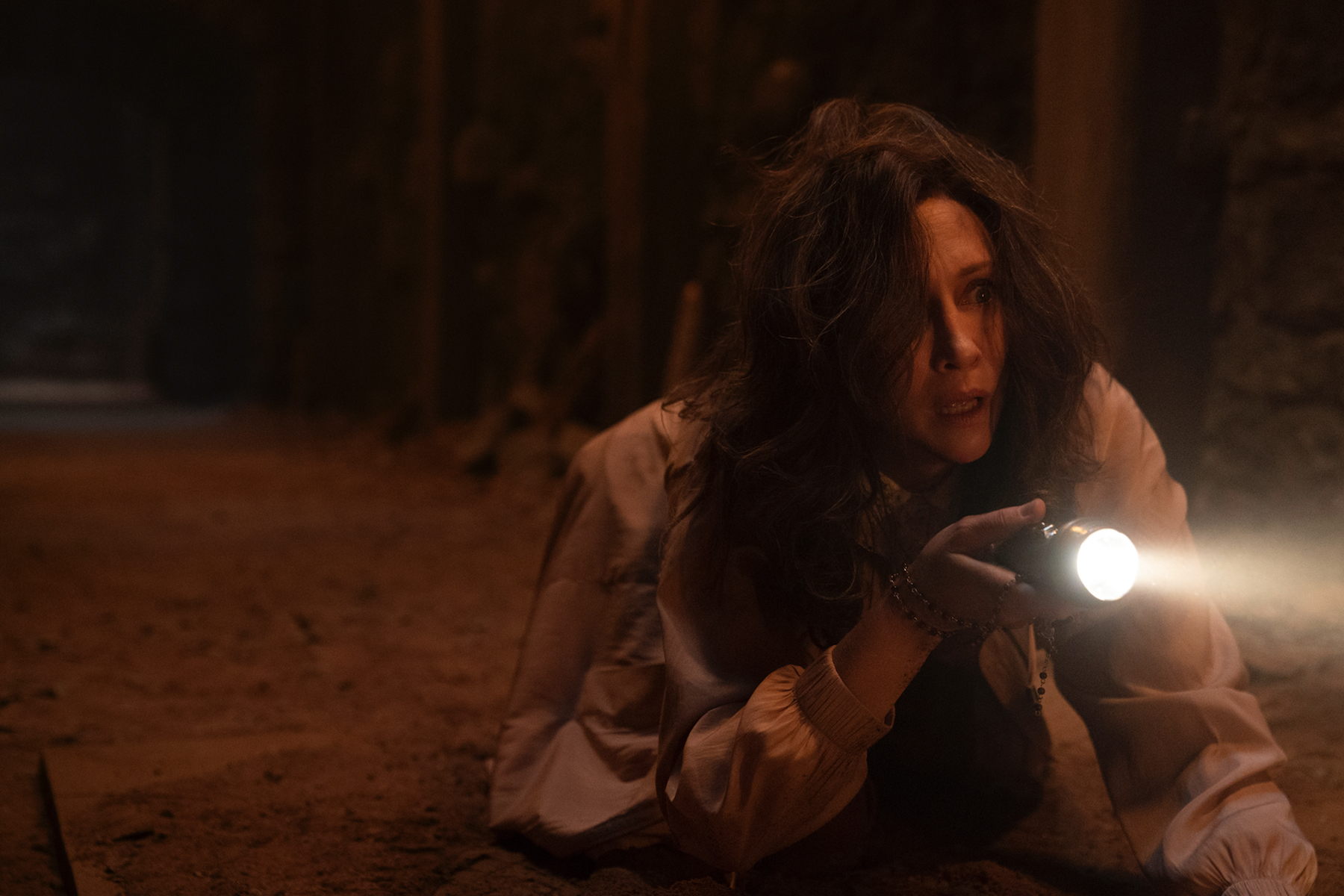 The Conjuring: The Devil Made Me Do It – Behind The Scenes

‘The Conjuring: The Devil Made Me Do’ It is the third in The Conjuring franchise. It follows Ed Warren (Patrick Wilson) and Lorraine Warren (Vera Farmiga) as they face off against a sinister force that has taken a young man and made him do horrifying acts of violence.

Michael Chaves, director of ‘The Curse of La Llorona’ returns to The Conjuring Universe to helm the third adventure for the Warrens. He sat down and discussed several elements of the film including why this story above the other case files of the Warrens had to be told: “It was something from the very beginning. I chatted with James (Wan) and Peter (Safran) in the studio about how for a franchise to stay fresh there needs to be invention and reinvention and we wanted to tell a Conjuring story but in a way, we haven’t seen before. In a lot of ways, this is more of a supernatural thriller than a horror. We are taking the Warrens on the road and telling one of their darker stories. If you look at the case it really is. It’s also one of their most controversial cases. It’s just so fascinating”.

Any apprehension Michael when moving into the 1980s as this decade has become a cornerstone for movies and television in the past five years? Also what challenges did this bring to the storytelling?

It’s based on a real-life case and it took place in 1981. It was the idea of going into a new decade, it’s like turning the page on a new chapter. This is a new chapter for the Warrens. It’s opening new doors for the franchise that is The Conjuring and we’re exploring different things. Lorraine during the 80s worked with detectives and police departments. That was something we haven’t explored before. People forget there were actually a lot of psychics and clairvoyants working police departments, so much so that the Department of Justice issued a handbook in 1989 because so many departments were working with psychics. They realised they had to formulate some kind of rules for working with psychics. The other thing in the 80s is that this is the dawn of the “Satanic Panic”. There were a lot of cool textural things that gave a fascinating backdrop to this movie. It’s fodder for something that could be explored in future cases.

Is there a North Star to staying true to the Warrens and their stories?
You’re trying to find the emotional truth. The movie opens with an exorcism and we have a recording of it that actually ends the movie. It plays over the end credits. Now maybe you’re a total sceptic. Maybe you don’t believe in demons or god, but you can’t listen to that tape and say that something powerful was not going on there. You can’t listen to it and not connect to the emotion of that and the real terror that the family were going through and so with all of these things, I find myself always going back and forth. James always talks about finding the emotion and really delivering the emotion. If I was to say what is James’ secret to success is that he always finds the pure powerful emotion of these stories. We did deviate from the source material to give a more unnerving element to some of the parts of this story. We didn’t fictionalise anything we just went a different direction with some of the scenes.

How did the films procedural element as opposed to the classic haunted sub-genre transform the horror that we see in The Conjuring: The Devil Made Me Do It?
What it did is it just took the Warrens on the road. It took them to different people, different environments outside of a comfortable setting. At this point in their career and our experience with the Warrens the haunted house has become a comfortable setting, so it gives us an opportunity to take them into places we haven’t seen. What I’m so excited about is there are scenes not shown in the trailer that give the characters new things to do that will excite the audience. I’m so thrilled they weren’t put into the trailer because there is a lot of cool, wild stuff in store for fans of this.

The Conjuring: The Devil Made Me Do It – Is now showing in Irish cinemas