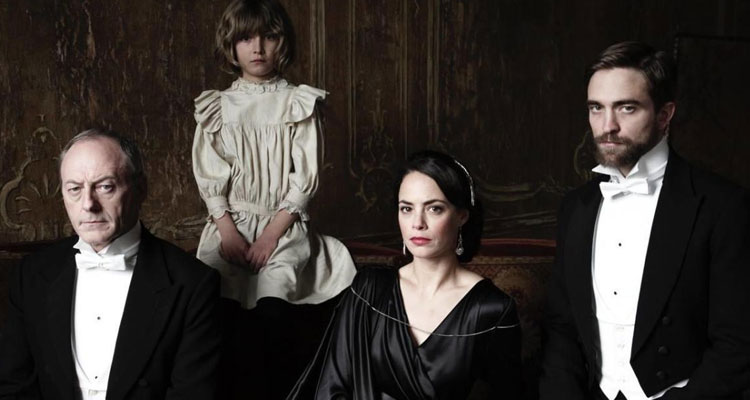 The Childhood of a Leader

CHILDHOOD OF A LEADER (UK | France | Hungary/TBC/115mins)
Directed by Brady Corbet. Starring Liam Cunningham, Berenice Bejo, Robert Pattinson, Stacy Martin, Yolande Moreau.
THE PLOT: In 1918, young Prescott (Tom Sweet) and his parents move to France. Struggling to fit in with the country they now call their home, Prescott begins acting out and, in the course of his three violent and increasingly out of control tantrums, shows how innocence can be tainted.
THE VERDICT: There is no doubt that ‘The Childhood of a Leader’ – directorial debut of actor Brady Corbet – is an ambitious project, and one that belies his love of cinema, as well as his intelligence and eye for an image, but it is also rather inaccessible and heavy handed at times, with all the drama coming at the end of an almost 2 hours slow burn.
Tom Sweet leads the cast as the bratty Prescott – whose name we don’t find out until close to the end of the film – and he does well in making this child manipulative and controlling. That said, he seems no more manipulative than any other child under the age of 10, and although he seems to revel in provoking those around him, the moment that turns him into the fascist leader the title proclaims him to be is sadly absent. Liam Cunningham carries on his stern turns of late as Prescott’s father, and Berenice Bejo plays his disinterested mother. The rest of the cast features Robert Pattinson in a small role, Stacy Martin and Yolande Moreau.
The screenplay, written by Corbet and his partner Mona Fastvold, breaks the action up into three tantrums; seemingly three moments in which the boy’s true personality comes through, but other than a startling moment toward the end of the film, these seem to be just the actions of a petulant child, rather than a person capable of true evil. There is an comparison to be made with the boy and Europe in the aftermath of World War I, but this is a weak one at best, and is rather tiresome and obvious.
As director, Brady Corbet shows off his eye for an image, and the opening moments of the film feel more like a play than a slice of cinema. The pacing of the film is often torturous, with almost nothing seeming to happen for much of the running time, other than the boy acting like a brat. This in itself is tiresome on screen, as is the constant pandering to his whims, and the hint of rape between his parents, which rears its ugly head then disappears again.
In all, ‘The Childhood of a Leader’ is an ambitious project, but one that does not work on screen. The performances are fine and Scott Walker’s urgent score adds a layer of madness to the film, but there doesn’t seem to be a story holding this film together, and all the shocking endings in the world cannot make up for a lack of something to say.
RATING: 2/5
Review by Brogen Hayes