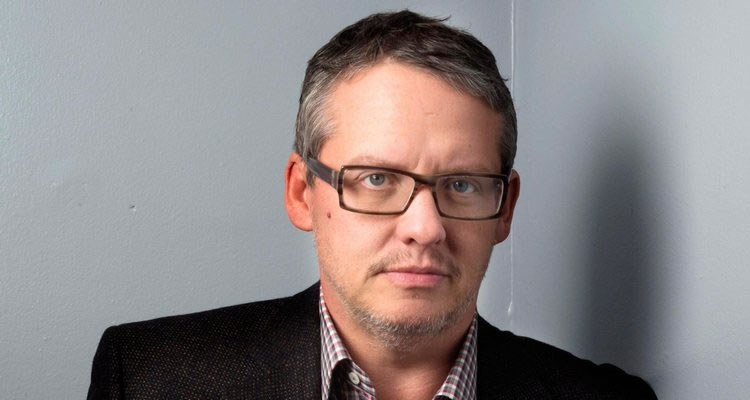 With his new film, ‘The Big Short’, director Adam McKay makes the complicated story of the 2007 economic crisis into a smart, acerbic, and surprisingly accessible and funny film.

We recently caught up with Adam McKay to find out more about the renowned comedy director’s first foray into drama.

What initially attracted you to The Big Short?
Adam McKay: Quite simply, I had read Michael Lewis’ book (“The Big Short: Inside the Doomsday Machine”) in one night and couldn’t put it down. I had never read a book that had so many different tones and layers to it. The characters were so fascinating and well-drawn; it was tragic and wildly informative. It was this kind of hybrid book, and yet was a page turner at the same time… It was a couple of years later that the conversation about making a movie came up. Could I adapt this?

Given your background in comedy, you would seem an odd choice direct it. How did you convince your producers at Plan B Entertainment, Jeremy Kleiner and Dede Gardner, that you were the man for the job?
AM: I think by just talking to them about it. Jeremy Kleiner kind of knew about me coming into it. And people that know me know that I’ve written for The Huffington Post and organized political events. When I was at Saturday Night Live, I also used to write the political cold opens… I actually have a long history of doing stuff that Kleiner was very aware of. And so was Dede Gardner. So they were very open to the idea of it.

What was the importance Plan B play in bringing the film to life?
AM: Hugely important. Creatively, there’s no force like them. They recommended a lot of great actors, crew and key head-positons for the movie. They gave incredible notes when I was developing this really challenging script. But what I love most about them is they just want to make good movies. To have that energy be behind a movie like this was absolutely vital.

The story behind the collapse of 2008 involves incredible complexity. What was the key for you in making it understandable?
AM: The big trick was that I just had to make it not complex (laughs)… Because when I finished the book, I thought it was fairly complex. But then I read it again and I was like, “You know, it’s actually not that complex.” I mean, it’s really this simple: They created these mortgage bonds with thousands of mortgages, started selling them, made billions of dollars. And then they ran out of good mortgages. So they put crappy mortgages in. That’s it. That’s the entire story right there. Yes, things spun off of that and it escalated. But if you understand that, you really get the entire story.

How did you approach dramatizing the story? We really come to identify with the characters in the film, perhaps Steve Carell’s Mark Baum (loosely based on former FrontPoint money manager, Steve Eisman), more so than the others.
AM: Yes, he’s kind of the voice of the people. Although I love that it’s ambiguous. What I mean is all these guys start off as kind of our heroes and then get swamped by this massively corrupt system. And by the end they’re not really heroes… I don’t like it when movies have fake white hat heroes. It’s not the way the real world works. Even in [my] comedies I always try and mess with the lead and never make him a clear hero.

The film makes hilarious use of celebrity ‘explainers’ (Margot Robbie / Selena Gomez) as well has having Ryan Gosling’s character, Jared Vennett, serving as our tour guide, talking directly to camera. Why did you decide to break the fourth wall in The Big Short?
AM: I’ve always been open to it. I did a lot of theater when I was in Chicago in the 90s, and I’ve seen movies that have done it really, really well, like ’24 Hour Party People’. Right away, I just knew that was the way to do it. Michael Lewis does it a little bit in the book. He kind of talks to you through his footnotes. And so I just thought, you make the movie that needs to be made. They say the number one rule of filmmaking is ‘show, don’t tell.’ And that’s true. Except when it isn’t. I really felt this was the time to break that rule.

Did Michael Lewis have any additional input on the film?
AM: He read the script and really liked it. I mean, he kind of was looking at me like I was a little nuts with the celebrity explainers and breaking the 4th wall. But he was like, “Well, McKay seems to be pretty confident about it.” [Laughs]… We checked in with him three or four times while I was shooting it. And then he came to one of our rough cut screenings and then a final screening. We were just overjoyed when he flipped for it.

What about the real life players described in the book. Did you meet with them?
AM: I had dinner with all the real people. Separately of course (laughs)… It actually helped a lot. Because I really saw that these guys were still kind of messed up about what had happened. I mean, they really were guys who believed in the market and that the market worked. And all of them, to a man, saw that the system was way more corrupt than they ever imagined. A bunch of them quit the business. Some of the ones that stayed, kind of downsized their operations. They were all kind of shattered by it. And every one of them remains, to this day, in stark disbelief that no one went to jail and that major laws didn’t change.

You use real names for some characters. Others, you changed. Why?
AM: It’s a mixture of privacy issues for some. Others didn’t care. In the case of Finn Wittrock and John Magaro’s characters (Jamie Shipley and Charlie Geller), it’s the [real] first names. Same with Brad Pitt’s character, Ben Rickert. In the case of Carell’s character, Mark Baum, and Ryan Gosling’s Jared Vennett, we wanted a little more distance… But except for the names being changed, everything else about these characters is really, 99.9% true. It’s really accurate to the original story.

How did you put together this all-star cast?
AM: That, I will never be able to answer. I have no idea. Incredible luck? The fact that all their schedules lined up was kind of jaw dropping.

Who was the first to sign on?
AM: I think it was Brad Pitt. He read it as a producer and said, “I want to be in it.” I always wanted Christian Bale for Michael Burry. I had a conversation with him and three days later he was in. Gosling initially said he couldn’t do it and then two days later was like, “I’m in.” And then Carell – I sent it to him because I thought he’d be perfect for Baum… It just kept going and going and going.

How did you approach the shoot itself? I understand you tried to be as unobtrusive with the cameras as possible. Is it the same approach you take with your comedies?
AM: No, it was different on this one. I guess Cassavetes used to shoot like this. He loved long lenses and backing off the actors. It creates this great energy where you’re not worried about your blocking or where you’re facing. And that’s really the brilliance of Barry Ackroyd [‘The Hurt Locker’], our DP. He trained as a documentarian, so he kind of just finds it and it gives this sense of reality to the scenes that I really wanted for this movie. I didn’t ever want it to feel austere or cold, like a lot of the Wall Street movies have been.

Was it risky to shoot in a nontraditional way like that?
AM: I was very comfortable with it. I’ve seen all the variations going back to Costa-Gavras and Battle of Algiers. I’m really familiar with that sort of neo-vérité style. So I felt incredibly comfortable with it… I’ve just always lived and breathed movies. Even though I’m known for comedies, I watch everything. So I knew exactly what I wanted.

Do you think we’ve learned anything since the events of 2008?
AM: I don’t think we’ve learned our lesson at all. I think most people still don’t know what happened. And I think a lot of the same problems are still at the center of the system. But here’s what I know for sure. I’m no economist, but I can tell you this. The banks are definitely still too big to fail. And it’s crazy that we went through 2008 and the banks are now bigger than they were then. That to me, that one fact alone, should be repeated over and over and over again.

What kind of film are audiences in store for?
AM: It’s a strange movie. It’s a hybrid. It’s a tragedy that’s a comedy that feels a little bit like a documentary. I can tell people that I don’t think they’ve ever seen anything like this before. But here’s the great thing. It’s also really entertaining… There’s incredible performances at the center of it. It’s funny. It’s sad. It’s surprising. It’s informative. I love it. And I think they’ll enjoy it too.

‘The Big Short’ is released in Irish cinemas on January 22nd 2016. Watch the trailer below…