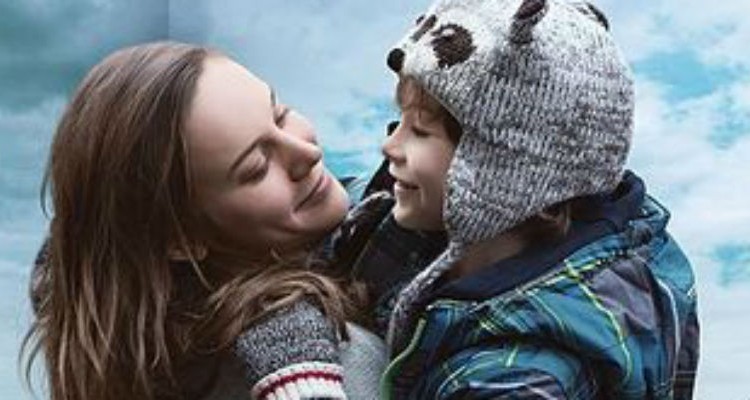 ROOM (Ireland/Canada/15A/118mins)
Directed by Lenny Abrahamson. Starring Brie Larson, Jacob Tremblay Sean Bridgers, Wendy Crewson, Joan Allen, William H. Macy, Tom McCamus.
THE PLOT: For 26-year-old Joy (Larson), abducted seven years ago and now living in a squalid, sealed-up garden shed with her five-year-old son, Jack (Tremblay), it’s all about make-believe. And making her boy believe that this is all there is – and it’s wonderful. More importantly, Joy is keen to keep her son safe from his father, Old Nick (Bridgers), who calls every now and then with groceries and a hard-on.
When Old Nick attempts to get closer to Jack, his mother knows it’s time to make another escape plan. And this one might just be a matter of life and death…
THE VERDICT: Based on Dublin-born, New York-based novelist Emma Donoghue’s eponymous 2010 bestseller, ‘Room’ cleverly takes us beyond the traditional teenage girl kidnap horror to the next day, and what happens when real-life takes over from the TV True-Life Movie Of The Day. Not that Abrahamson (who worked with Donoghue for two years as they put the screenplay together) doesn’t deliver wonderful drama in that first act, as we explore the big world mother and son have created for themselves in this tiny 11’ x 15’ room. But it’s when that big bad world outside comes crashing in that the real intrigue begins.
There’s lots to admire about this film – great cast, clever plot, tight direction, a stirring Stephen Rennick score delivered by the RTE Concert Orchestra, fine work by DoP Danny Cohen – but, more importantly, ‘Room’ is engrossing, and entertaining.
It’s a film too that establishes Abrahamson as perhaps Ireland’s greatest living, breathing, kicking filmmaker, his leap from Frank to, well, Anne Frank confirming his talent for handling all kinds of cinematic madness and sadness. Golden Globe winner Larson shines, Tremblay is one of those freakishly good kid actors, and it’s heartening too to see the mighty Joan Allen back in the saddle.
Go see it. In the cinema.
RATING: 4/5
Review by Paul Byrne

THE REVENANT (USA/16/156mins)
Directed by Alejandro González Iñárritu. Starring Leonardo DiCaprio, Tom Hardy, Will Poulter, Domhnall Gleeson, Forrest Goodluck.
THE PLOT: Fur trader Hugh Glass (Leonardo Di Caprio) is on an expedition in the 1820s when Native Americans attack him and his colleagues. After almost 40 of the company are killed, Glass, Fitzgerald (Tom Hardy), Captain Henry (Domhnall Gleeson), Bridger (Will Poulter) and Glass’s half Native American son Hawk (Forrest Goodluck) retreat to the mountains to make their way back to the camp. It is there that Glass is attacked and mauled by a bear and although Fitzgerald, Bridger and Hawk are tasked with caring for the obviously dying man, it is not long before he is left for dead and finds a way to survive alone.
THE VERDICT: Just as ‘Birdman’ was an endurance test for actors and audience alike, ‘The Revenant’ follows in director Alejandro González Iñárritu’s style as Glass spends much of the 156 minute running time fighting his way through frozen wasteland to find a way to survive, and the audience endures violent, gory and bloody scenes that are not gratuitous – they always serve a purpose – but are often hard to watch.
Over the past number of years, Leonardo DiCaprio has been knocking on the door of greatness with his roles in ‘Inception’, ‘Shutter Island’ and ‘Django Unchained’, but it is surely his performance in The Revenant that will finally earn him the shiny gold statuette of recognition that he deserves. Although DiCaprio has precious little to say throughout the film, it is his performance that anchors the story; dialogue is not needed to convey the determination and pain the character goes through, it is writ large on DiCaprio’s face. Elsewhere, Tom Hardy is a menacing presence as the cruel and ruthless Fitzgerald, Will Poulter is perhaps the best he has ever been as the naïve but loyal Bridger and Domhnall Gleeson makes up for his campy evil turn in ‘Star Wars: The Force Awakens’ with a character whose rage, determination and borderline cruelty are understood and in keeping with the feel of the film.
In terms of story, ‘The Revenant’ is incredibly simple; the extraordinary tale of a man left to die of horrific injuries in hostile territory who somehow makes it through. There is plenty of violence in the film – mostly between the Native Americans and the settlers – but none of this ever feels gratuitous, although it is on the brutal side. Instead, the violence is used to illustrate the tensions between the tribes and nationalities throughout the newly formed colony, as well as the fight for survival in a hostile climate. There also are some great touches made with Leonardo DiCaprio’s character almost having to become as animalistic as the creature that attacked him in order to survive.
As director, Alejandro González Iñárritu has coaxed – or if some on-set stories are to be believed, bullied – wonderful, engaging and heartbreaking performances from his cast. DiCaprio conveys a multitude through breaths, grunts and eye movement, Hardy’s accent is a little chewy from time to time but he always makes his character’s cruelty understood and Will Poulter’s naïve but well meaning character rounds out the central trio and brings some balance to the film. The film, like ‘Birdman’, is beautifully, fluidly and engagingly shot, with Emmanuel Lubezki’s stunning cinematography giving the film a dreamlike (or nightmare like) quality.
In all, ‘The Revenant’ is not an easy film to watch; it is brutal, gory and cruel, but the story is so engaging, so beautifully shot as to draw the audience in, and Leonardo DiCaprio ably carries the film on his injured shoulders with barely a word spoken. The final act of the film feels a little long and underlines the 156 minute running time, but The Revenant is a startling, engaging and powerful piece of work overall.
RATING: 4/5
Review by Brogen Hayes

CREED (USA/12A/133mins)
Directed by Ryan Coogler. Starring Michael B. Jordan, Sylvester Stallone, Tessa Thompson.
THE PLOT: Having tried and failed to enter training to be a professional boxer, Adonis ‘Donnie’ Creed (Michael B. Jordan) approaches Rocky Balboa (Sylvester Stallone) in the hopes his father’s old friend and opponent will train him. As the two work toward making Donnie a truly great fighter, their friendship grows stronger.
THE VERDICT: Rocky is back, but this time he is on the other side of the ropes. In this film that is remarkably similar to the very first Rocky film, Balboa trains a young fighter to take on the world heavyweight champion. The good news, however, is that ‘Creed’ is remarkably fun and emotionally engaging.
Michael B. Jordan takes on the role of Adonis Johnson, the son of the late great Apollo Creed, who died to stand up for his friend Rocky Balboa. Jordan makes Donnie a character who is not without his troubles and his flaws, but is also charming and tenacious, with a strong sense of loyalty. Sylvester Stallone makes Balboa grumpy but funny and kind, and Tessa Thompson takes on the role of Creed’s love interest Bianca.
Screenwriters Ryan Coogler and Aaron Covington pick up the legacy of the ‘Rocky’ films, and while paying himage to how the films began, they create a new story from the familiar tale of the underdog. The dialogue is strong and the characters well rounded – even Bianca is given more than just a surface layer of character, although her continued use of the word ‘female’ when referring to women becomes annoying. Of course montages abound and nobody really wants Creed to be a fighter, but this is why he is such an emotionally rewarding underdog.
As director, Ryan Coogler makes the film light and entertaining, while bringing the emotion of Rocky’s past into play. The film comes in at a whopping 133 minutes long, but is well paced enough for this not to feel like an issue. There is also some clever cinematography and enough going on to keep both die-hard Rocky fans, and those new to the franchise engaged. Coogler allows Jordan to take centre stage for the film – giving him his ‘Whiplash’ moment – but makes sure that the supporting cast also feel like real and relatable people.
In all, ‘Creed’ is a well-rounded, well-paced and engaging boxing film. Jordan has his moment to shine and takes it. The only trouble is that we have not only seen this story before in the Rocky franchise, but in just about every film about a sporting underdog. Still, this new start to the Rocky franchise is engaging, emotional and fits right in with the rest of the films in the series, while kickstarting the franchise for a whole new generation.
RATING: 4/5
Review by Brogen Hayes