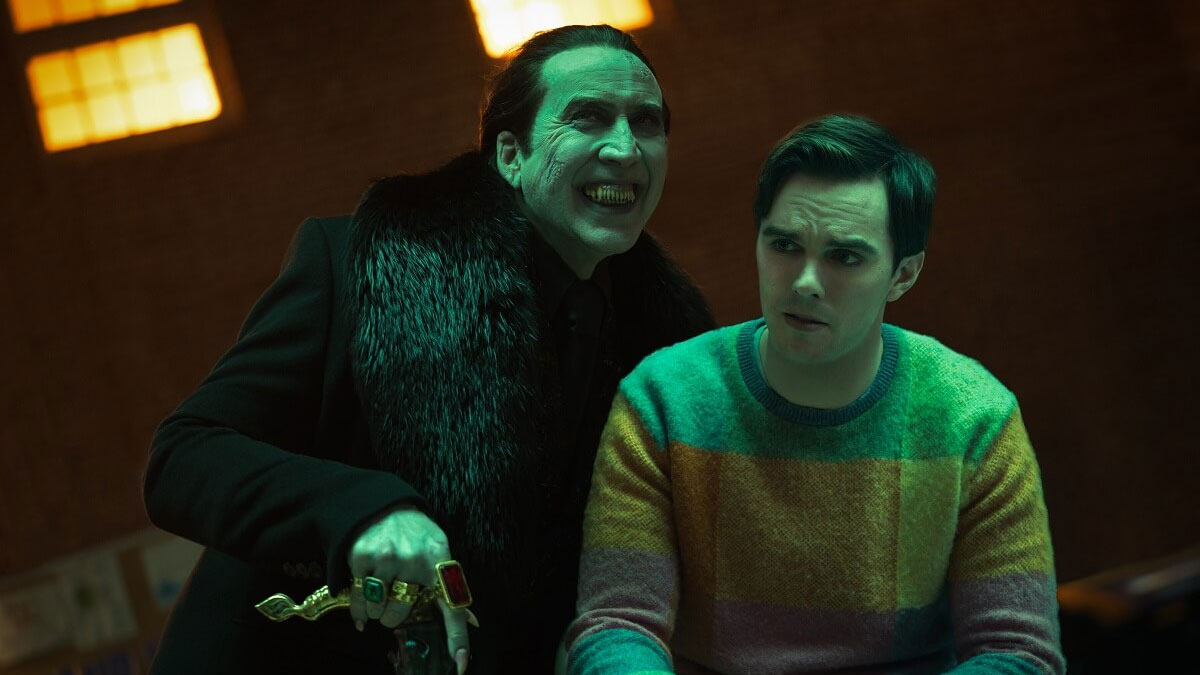 Evil doesn’t span eternity without a little help. The folks over Universal have unveiled the first trailer for the April 14 release. Directed by Chris McKay, who was previously behind ‘The LEGO Batman Movie’ and its sequel, and based on an idea from ‘The Walking Dead’ and ‘Invincible’ creator Robert Kirkman, the movie stars Nicholas Hoult, Nicolas Cage, Awkwafina, Ben Schwartz, Brandon Scott Jones, and Adrian Martinez. Check out the official trailer below.

In this modern monster tale of Dracula’s loyal servant, Nicholas Hoult (Mad Max: Fury Road, X-Men franchise) stars as Renfield, the tortured aide to history’s most narcissistic boss, Dracula (Oscar winner Nicolas Cage). Renfield is forced to procure his master’s prey and do his every bidding, no matter how debased. But now, after centuries of servitude, Renfield is ready to see if there’s a life outside the shadow of The Prince of Darkness. If only he can figure out how to end his codependency.