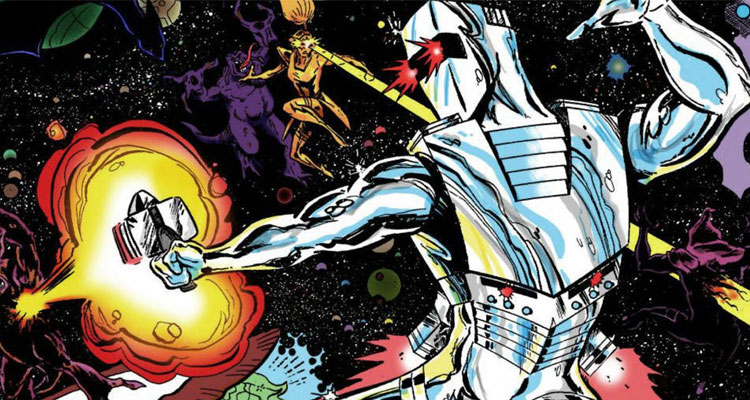 Mike Fleming over at Deadline is hearing word that Paramount Pictures and Hasbro’s movie counterpart Allspark Pictures have set in motion plans for a live-action feature based on the Hasbro toy turned comic book ‘ROM: Spaceknight.’

Originally a toy co-created by Scott Dankman, Richard C. Levy, and Bryan L. McCoy, Rom the Spaceknight was sold to Parker Brothers, and was the inspiration for the comic book series ‘ROM: Spaceknight’ by writer Bill Mantlo and artist Sal Buscema.

Hailing from a utopian society on the planet Galador, ROM is a cyborg who, after defeating the invading Dire Wraith on its planet, continues the battle on Earth and other planets.

Zak Penn, best known for scripting ‘Avengers Assemble,’ ‘X-Men 2,’ ‘The Incredible Hulk,’ ‘Behind Enemy Lines’ and most recently Steven Spielberg’s virtual-reality fanboy geek-out ‘Ready Player One,’ is on board to lend his hand to the script.