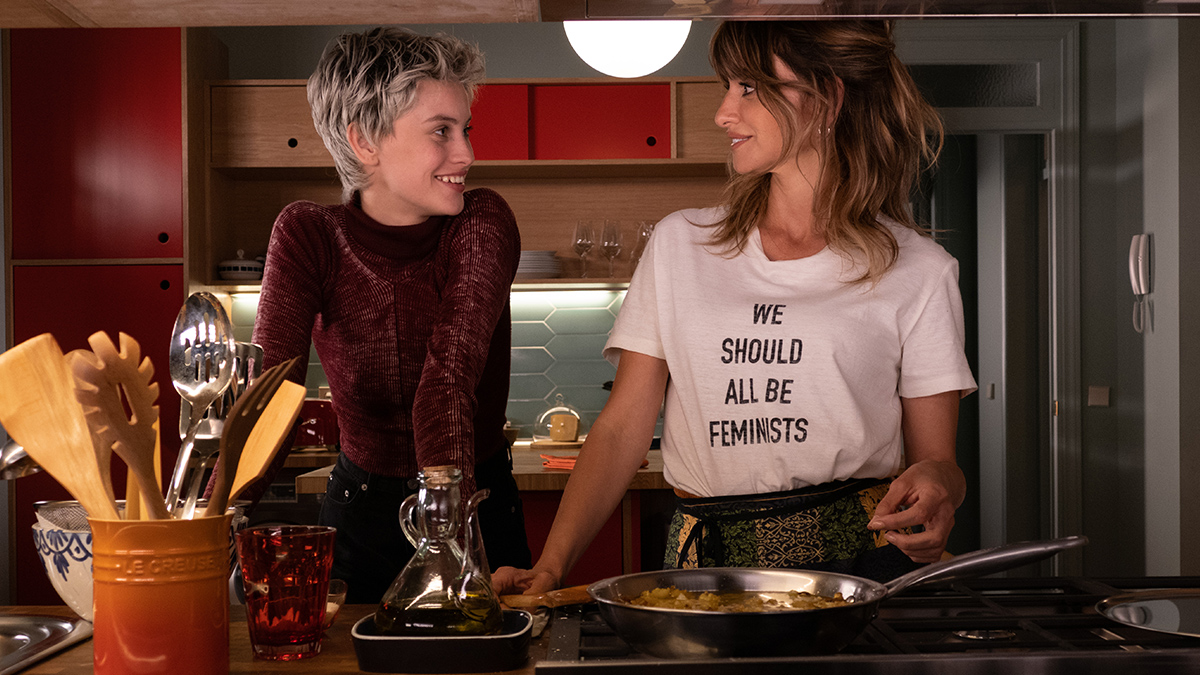 The Plot: Photographer Janis (Penelope Cruz) gets involved with married man Arturo (Israel Elejalde), who is working on an excavation project involving Spain’s troubled past. She ends up unexpectedly pregnant. While in hospital preparing to give birth, she shares a room with teenager Ana (Milena Smit). They give birth on the same day and embrace their newborn babies. Afterwards, they keep in touch through their shared experience. Something is troubling Janis though…

The Verdict: Spain’s greatest living director Pedro Almodovar has been making films for nearly half a century now. He’s such a part of the Spanish and European cinematic architecture now that a new film from him is one to be treasured by audiences. Following his distinctive lockdown short The Human Voice, he’s returned to feature directing with ‘Parallel Mothers’ which he of course also wrote. It’s a typically engaging affair from Almodovar, complete with fully-fleshed out female characters and an intriguing moral dilemma at its core – which would enter spoiler territory so it’s best discovered going in blind. It’s enough to say that Almodovar has tapped once again into low-key Hitchcockian mode as the story twists and turns, the plot thickens and personal relationships may have to be re-evaluated under a new light. That’s Almodovar for you. His stories are spring-loaded traps but always very grounded and relatably human too.

Do any living male directors write so well for women as Almodovar does? Possibly not. He has a natural ability to understand women and their perspective on life and childbirth. His script here is quite something, weaving the interlocking stories of two expectant mothers. Middle-aged Janis is calm, mature and established in her career, welcoming the baby that she always wanted. Ana is young, impulsive and defiant towards her actress mother Teresa (Aitana Sanchez-Gijon), who goes on tour with her show at a critical time in her daughter’s life. They couldn’t be more different and yet their shared experience giving birth together on the same day will come to change their futures. For an extra layer of meaning, Almodovar has weaved in a storyline involving Spain’s tragic Civil War past and the need to properly bury the dead. It’s a more sophisticated, multi-layered story than it ostensibly appears bringing together the past, the present and the future through each corresponding generation.

Re-uniting with his occasional muse Penelope Cruz, Almodovar extracts another terrific performance from her. She grounds the film and its moral dilemma well, drawing out Janis’ reasoning and then exploring what it means going forward for Janis and Ana’s friendship. In a lesser director’s hands, this might have been melodramatic and possibly sensationalist. Almodovar is much more subtle and deliberate in his delivery though. The music hints towards a slow-burn drama with thriller overtones, with each scene pushing the story forward until it reaches breaking point. Crucially, it doesn’t break though but draws everything together in a satisfying fashion. Milena Smit responds well to Cruz throughout, moving past the generational differences to find common ground for these two women. There are more unspoken secrets here than just in the unmarked Civil War graves. ‘Parallel Mothers’ is a film about parallel generations of Spanish women, giving a considered air of resonance throughout. Almodovar calls his story the ‘Don Quixote of motherhood’. It’s an adventure alright and a special delivery to be savoured by audiences, one thrilling revelation at a time.