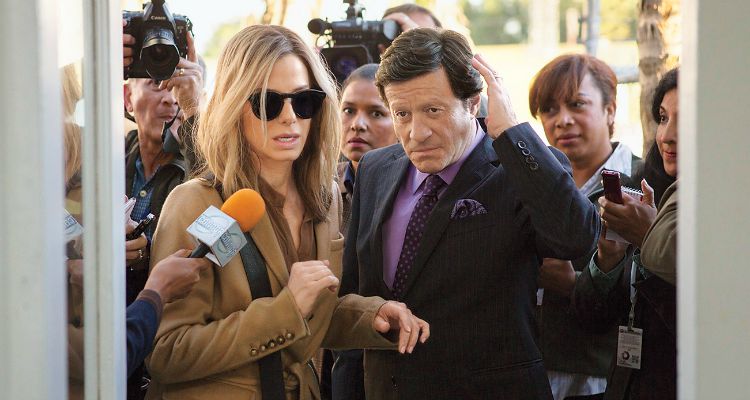 Our Brand is Crisis

OUR BRAND IS CRISIS (USA/15A/107mins)
Directed by David Gordon Green. Starring Sandra Bullock, Zoe Kazan, Billy Bob Thornton, Joaquim de Almeida, Scoot McNairy.
THE PLOT: After four electoral defeats and some personal issues ‘Calamity’ Jane Bodine (Sandra Bullock) retired from her job as a political consultant. Six years later she is drawn out of retirement by the offer of working with Pedro Castillo (Joaquim de Almeida), a candidate for the Bolivian Presidential Elections, and the hope of taking down her old opponent Pat Candy (Billy Bob Thornton).
THE VERDICT: ‘Our Brand is Crisis’ is based on a true story, and a 2005 documentary by Rachel Boynton of the same name. The knowledge that this is based on a true story gives weight to the film as a whole, but also manages to make the last half hour or so of the story feel rather pointed and overly sweet.
Sandra Bullock leads the charge as Jane Bodine, and she is strong and forceful as this no-nonsense political consultant. Bullock does get the odd moment to show a softer side to her character, but these are fleeting until the last moments of the film when these come out in full force. Scoot McNairy, Zoe Kazan, Joaquim de Almeida and Ann Dowd don’t have a whole lot to do, but Billy Bob Thornton obviously has fun as the forceful and sleazy Pat Candy, and the scenes between him and Bullock are fun to watch.
Peter Straughan’s screenplay is based on the 2005 documentary of the same name, and focuses on the politics, making Jane a smart and savvy political consultant who works better when she is angry or has something personal to fight for. The rest of the story follows a pretty standard election movie template, and although Jane ends up conflicted over the work she has done, this is not clear until the closing moments of the film, and so feels rather like a move that is out of character.
‘Our Brand is Crisis’ is a change of direction for director David Gordon Green, who has done comedy – ‘The Sitter’, ‘Pineapple Express’ – the kooky – ‘Prince Avalanche’ – and the sad – ‘Manglehorn ‘– in the past, but this political drama is something new for the director, and it is something that he does not seem utterly comfortable with. It’s not that there is anything inherently wrong with ‘Our Brand is Crisis’, but there is not really anything here that we have not seen before. Bullock is fine, the story is fine, the direction is fine, but there is nothing here that feels new or special.
In all, ‘Our Brand is Crisis’ is made by the fact that it is based on a true story that was a documentary first, but it is perhaps the shadow of this well received documentary that bogs the film down in the end. Bullock carries the film ably, but other than being a curiosity piece, ‘Our Brand is Crisis’ is nothing that we have not seen before.
RATING: 3/5
Review by Brogen Hayes