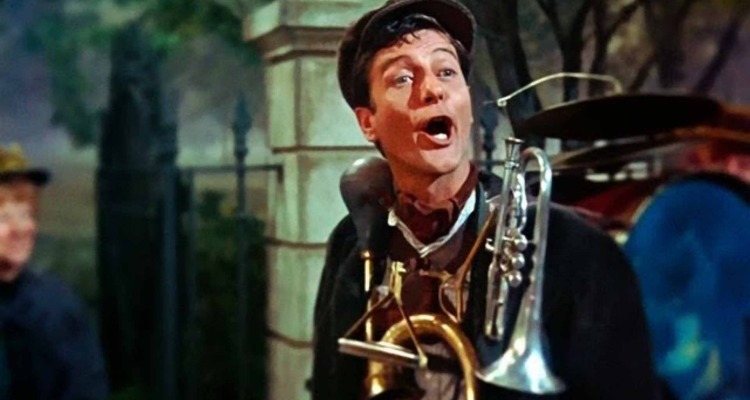 Notable accents in the movies…

This week, ‘Trespass Against Us’ is released in Irish cinemas. The film focuses on Chad Culter (Michael Fassbender) and his family, who live on a halting site with Chad’s father Colby (Brendan Gleeson) and other members of the extended family. Inherently drawn towards crime, and standing up to those that would “trespass against us”, Chad finally sees that an environment where the police are constantly on their tails is not one that he wants to subject his young children to any more. After one final job for the domineering patriarch of the family, Chad sets about getting away from his father, but soon realises that this is not as easy as it looks.

Fassbender, Gleeson and the rest of the cast sport some incredibly strong West Country British accents in ‘Trespass Against Us’, so Movies.ie took a look back at some other notable accents from the movies; the good and the bad.

Cate Blanchett; ‘The Aviator’
Seven time Oscar nominee Cate Blanchett took on the role of Katharine Hepburn in the Leonardo DiCaprio vehicle ‘The Aviator’ – which told the story of famous recluse Howard Hughes – and as well as taking on the role of one of Hollywood’s greatest leading ladies, Blanchett has to take on Hepburn’s distinctive accent.
Hepburn’s accent, a combination of British and America, was described as Mid-Atlantic English, and was an accent that many famous actors had when “talkies” were invented, but has certainly declined in recent years. Of course Blanchett is Australian so she not only hid her natural way of speaking, but also added a layer of affectation for her role as Hepburn.

Natalie Portman; ‘Jackie’
Only recently released in Irish cinemas, ‘Jackie’ is not only a powerful piece of work that focuses in on Jackie Kennedy’s life in the days after her husband was assassinated, but it is a showcase of Natalie Portman’s incredible acting talent.
Throughout the film Portman speaks in Jackie Kennedy’s trademark accent; one that seems to defy simple linguistic classification.
Although it would be easy for Portman to make Kennedy’s accent a defining trait of the character, and almost hide behind it, she instead makes it a facet of Jackie’s personality, rather than a curiosity. And for those of you who believe that this accent could not possibly be real, check out the documentary ‘Grey Gardens’; the film is about Kennedy’s cousins, and they speak in a similar distinctive accent.

Keanu Reeves; ‘Bram Stoker’s Dracula’
From the good to the bad! Keanu Reeves took on the role of Jonathan Harker in Francis Ford Coppola’s adaptation of Bram Stoker’s ‘Dracula’ and since the film’s release in 1992, Reeves’ attempt to portray a British accent has constantly been mocked for it’s awfulness.
Not only do most people agree that Reeves was miscast as Jonathan Harker, but his accent – and seeming fight not to end every sentence with “Woah” or start it with “Dude” – has been named as one of the worst movie accents of all time by Virgin Media journalist Limara Salt. It probably didn’t help that Reeves was sharing the screen with the huge talents of Gary Oldman and Anthony Hopkins.

Dick Van Dyke; ‘Mary Poppins’
Many of us – including me – as children, did not have a problem with Dick Van Dyke’s accent in ‘Mary Poppins’, it was only when we got older that we realised that Van Dyke’s turn as cockney jack-of-all-trades Bert, who just so happens to be Mary’s best friend, was actually dreadful.
Van Dyke himself hails from Missouri in the US and was named as a Disney Legend in 1998 for his work on Disney films, but he fact remains that Bert’s cockney brogue is just off. In fairness, Van Dyke was working with a British cast and since no-one corrected him on set, he thought he was on the money. In an interview with The Guardian in 2014, Van Dyke said “I was working with an entire English cast and nobody said a word, not Julie [Andrews], not anybody said I needed to work on it so I thought I was alright”. Accent aside though, it is hard not to love the enthusiastic, charming and cheery Burt.

Honourable mentions to… Don Cheadle – ‘Ocean’s Eleven’, ‘Christopher Lambert – Highlander’ and any non-Irish actor who tried to do an Irish accent ever.

‘Trespass Against Us’ is released in Irish cinemas on March 3rd. Watch the trailer below…