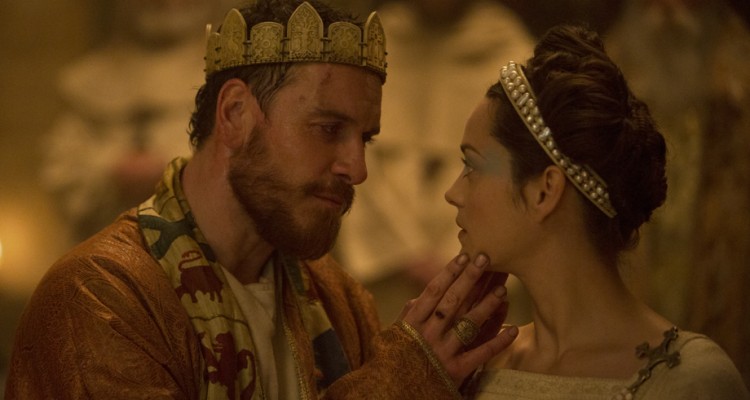 MACBETH – Behind the Scenes with director Justin Kurzel

Following in the footsteps of Orson Welles, David Bradley and Roman Polanski must be a daunting task, especially for your second film, but this is exactly what Australian Justin Kurzel has done, with his version of MACBETH, released in Irish cinemas this week. Earlier in the year, we caught up with Kurzel at the Cannes Film Festival to find out just how daunting it was to make a film on such a scale, and with such a famous script.

Did you revisit other versions of the story such as Orson Welles, David Bradley or Roman Polanski’s films?
Justin Kurzel: I stayed away from the films; whether it’s films, whether it’s productions. Everyone kind of owns a Shakespeare play, they’ve had an experience with it, and it’s unavoidable, it’s got so much baggage to it, so there comes a point where you have to really do it from the inside out, and find your own thing about it. I wasn’t interested in putting a concept on it, I was interested in the words, the opportunity of shooting in Scotland, how that landscape affected those characters, and finding an intimacy with the verse. The beautiful thing about cinema is the verse doesn’t have to hit the back wall, it can just be like a whisper, like a confession. I found that to be extremely exciting and kind of effortless. That became something that we were very excited about when we were filming. The words are very delicate, it’s a real misconception with Shakespeare; they’re very light to touch at times, so to be able to get the point of view right in there, and almost taste them at times, was something that was important.

What was the most challenging part of making MACBETH?
JK: Doing an intimate play like this outside, in Scotland in the middle of winter was extremely difficult, but extremely important. I just think that dance between this beautiful tragic love story, and these incredible words with trying to find a cinema that felt as though it was natural to the story we were telling; that was quite challenging.

The images are so powerful in the film, did you ever consider making a silent film from it?
JK: It’s so elastic, this play. I was reading today that a production of Macbeth is made every four hours in the world, which to me [makes it] one of the biggest blockbusters around. I think that the words are so stunning, and they are so elastic and so open to interpretation, which I think is why people go back and want to see it more and more, because it really breathes. [Shakespeare] is always hinting and suggesting at thoughts and ideas, that you could keep digging. Our biggest challenge was how do you bring a cinema to the story? The fact that you are shooting in Scotland where it’s set, and you are shooting in that landscape, and how the landscape informs their tragedy, how it makes them feel very small amongst this extraordinary story, how it intimidates them. I think, like a great Western, I think it was kind of integral to the way we made the film. It was a bit of a dance between the two.

What visual inspirations did you use for the film?
JK: Being Australian, and being surrounded by the vast landscape and how intimidating it is, I have a very special connection with what that is. There was something about being up in Scotland that completely defined this film, and reminded me of how small a landscape like that makes us all feel. You kind of do believe that there are witches walking around this land. Marion actually did literally disappear [laughs], down a bog hole in Scotland, and it kind of eats you up and throws you around. It’s spectacular and dangerous, and very visceral. Kind of like great Westerns are. I saw something there; I saw a way in which we could use that.

Regarding the first battle, you show the horror of killing in close ups, but you also use slow motion. Why did you decide to use slow motion?
JK: The battles were all about point of view. It was really interesting when we were talking to some soldiers that have come back from recent wars, and they were describing and imagining certain events. It is always in miniscule, and it seems to be magnified. I was very interested in not doing a literal interpretation of the battle, but connecting Macbeth in what he endured, but also what he saw in the witches. The idea that the witches came from this energy was really interesting.

Do you feel there is a lesson for today’s society in Macbeth about the danger of ambition?
JK: I was really interested in grief; how do you replace something that you’ve lost? I experienced that in my own life, and there is something very desperate about those moments after grief, where you’re reaching for something to fill that hole. I was fascinated that these two characters were using the prophecy and using ambition as a way of desperately keeping each other together. That became a very human motor that branched out beyond power and greed that I think is really contemporary. As I think family is a very contemporary idea, I think we’re all reaching for a tribe to have around us. The tragedy about this couple is that they look around them, and everything they want is in the families around them. That sense that they don’t have a community is very very powerful and you can feel it in the words. That gave us a real insight into their love story.

MACBETH is released in Irish cinemas on October 2nd 2015