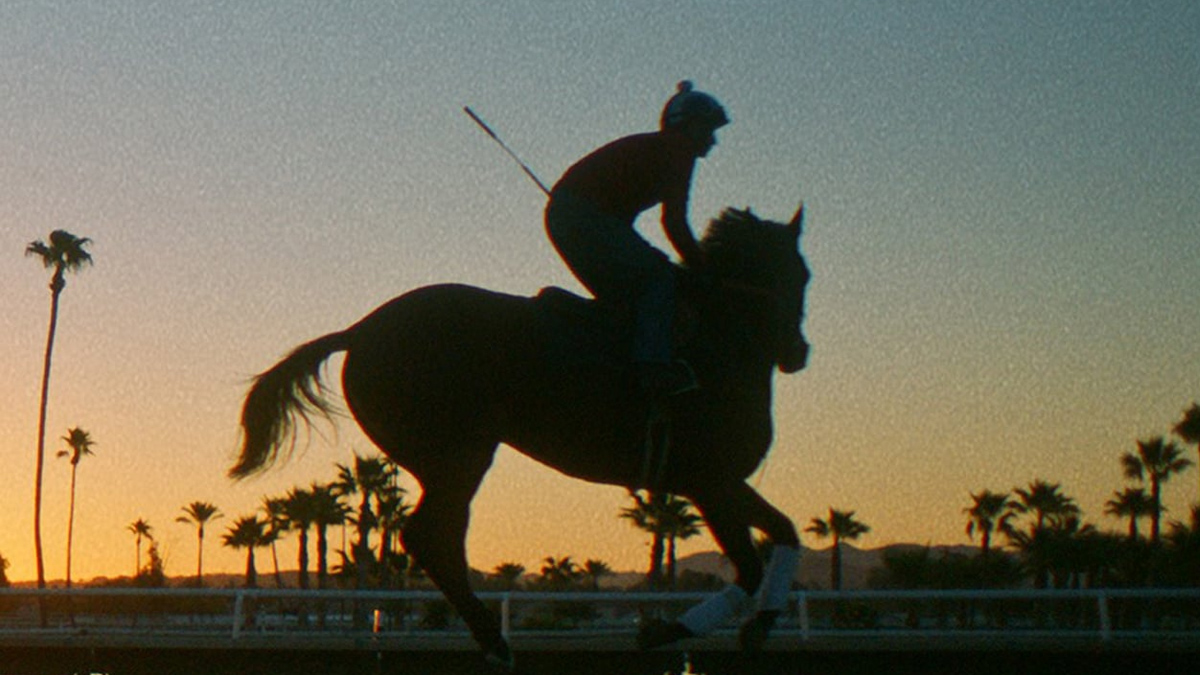 Movie Review
3.5
A ride worth taking

The Plot: Jockey Jackson (Clifton Collins Jr.) has no intention of slowing down, even though his aging body tells him otherwise. Having broken his back several times and put on a bit of weight, he’s still enthusiastic about getting in the saddle and trying for a final championship. His horse trainer Ruth (Molly Parker) is still concerned though, with the risk of an injury increasing with his age. Jackson notices a young man, Gabriel (Moises Arias), hanging around the racetrack. Gabriel is keen to become a famous jockey like his father, who he believes is Jackson…

The Verdict: When a character actor has been working steadily in the industry for over 30 years but is more of a familiar face than a name, he’s earned his stripes enough to warrant a lead role worthy of his talents. Such is the case of L.A. native Clifton Collins Jr. He’s been a dependable supporting actor who has appeared in everything from Traffic to Star Trek to Westworld. Frequently in demand, it’s refreshing to see him grow into a lead role that taps into his innate humanity in his latest feature Jockey. Not only does he feature, but he also executive produces which shows some faith in working with first-time feature director Clint Bentley. An engaging story of an aging jockey coming terms with not only his narrowing future but his past in the form of a possible son, it’s a subtle drama that plays out mostly off the track and against the backdrop of stunning magic-hour Arizona skies.

Bentley may have been warming up for Jockey with his short film 9 Races, which also focused on a jockey pushing himself to the limit. As Dirty Harry Callahan once observed though, a man has to know his limitations. His script with Greg Kwedar is a character portrait of Jackson, a jockey nearing the end of his career whose limitations come into sharper focus when he interacts with a young jockey who claims to be his son. The danger of a serious injury is real, as Jackson observes a recovering colleague observing that he’d rather die than not ride. Ride or die then, with the most significant person in his life being his horse trainer Ruth. There’s some great interplay and an easy chemistry between Collins Jr. and Parker – more of a quasi-sibling relationship than two business partners. Collins Jr. also bounces off well against Arias, a quietly intense actor who made an impression in Monos. It’s very much an actor’s film, built around the need to establish flawed characters operating within a highly competitive environment.

This is where Bentley diverges somewhat from typical against-the-odds horseracing fare such as Seabiscuit. Jockey is less concerned with the winning part and more concerned with the pressure that it puts on jockeys to perform with their horses. He’s shifting perspectives and digger deeper into what makes these jockeys carry on regardless, without the need to have a race sequence every few minutes. The real drama here is off the track, which makes the film a more involved experience. It’s a slow-burn drama which can be frustrating at times in its delivery. Explaining away a tentative relationship in one line might be too low-key and lacking resolution for some. However, Bentley has not only a good eye for drawing great performances from his actors but also a visual eye for environmental detail. The aforementioned Arizona skies lends an epic quality to this small human drama, reminiscent of Chloe Zhao’s early works or the films of Sean Baker (who gets a thanks in the end credits). It does come back to Collins Jr.’s terrific performance though. Having won a special jury award at last year’s Sundance, he’s the main reason to watch. Jockey is a ride worth taking. 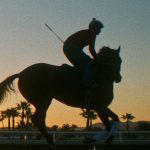 In short: A ride worth taking