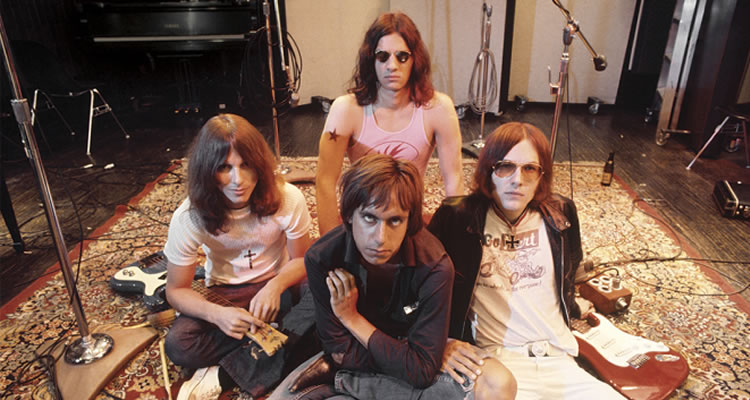 Movies.ie had the absolute honour of catching up with rock and roll legend Iggy Pop at the Cannes Film Festival earlier this year, to find out more about the film, how much he could contribute to it, and his secret to longevity.

Obviously, your real name is James Newell Osterberg, Jr. Do you create another personality as Iggy Pop when you are on stage?
Iggy Pop: The Iggy/Jim thang, I don’t know how it works. Right now you are talking to Iggy Pop, but Jim is in control of the interview. We kind of work like that, the two of us.

Did you have any footage or photos to give to Jim Jarmusch while making this film?
IP: I am a throw away guy, but I knew a lot of people who would, so I contacted them all on behalf of the film and Jim [Jarmusch] and I said “Give this guy what you got! Find more stuff!” So fans, old drug dealers, bootleggers, things like that. I can’t think of anything I had… Pictures of my Mom and Dad; my beautiful parents, I had that and they’re in there. I have my memories.

How much of the footage did you remember? Did it bring it all back for you?
IP: [When] I saw the film for the first time, it really hit me “Oh Christ, I’m a product of those times”. At the time you just accept this is what is going on and I f***ing hate it and it sucks. You always accept… I guess it’s come with my age, I know what today is but I don’t accept it. I feel like it’s fleeting, but I didn’t know that then but it hit me with the film. When I saw the footage of John Sinclair and just the way people dressed, and the bongs and the naked bathing… All that stuff. Those were the times, and it was a BFD for me.

Obviously you had a lot of input into the film, did you learn anything that surprised you about filmmaking?
IP: A lot of people don’t know this, but in any music film, when you hear a piece of music – and you see it also – you have to clear the visual image, but you also have to clear the sound recording, and then the intellectual writer’s rights. So any little snippet there are three different clearances. I was shocked when they were able to get The Wild One with Brando, High School Confidential is in there and the Howdy Doody Show, which I was thrilled about. It’s complicated.

Jim Jarmusch has been a fan of yours for a long time, and considered you to be his hero; this is partly how the film came about. Who would you consider to be your heroes?
IP: Oh f*** yeah. Bo Diddley and Chuck Berry I was listening to both very closely for a long time, not that either was any better than Little Richard or The Everleigh Brothers, but they were closer to stuff that I could follow. I think it was about 10 or 15 years ago I realised I had turned into Bo Diddley in a way ‘cos he was playing very simple music that was actually complex in its substructure, and people like me could listen to it and build on it. Other people had done that with the music in which I have participated, with Ron [Asheton], Scott [Asheton], James [Williamson] and Dave [Alexander], and Steve [Mackay] and Mike [Watt]. Besides them there was Frank Zappa and the Mothers of Invention, especially the album “Freak Out!” for humour, the Village Fugs for Leftist humour, there were the MC5 for the turbo industrial brawn, The Velvets for gloomy, soft porn sad, weird nihilism. I’m going to get back to the hotel this afternoon and I am going to remember 25 other great artists that I didn’t mention.

How do you think the music industry has changed since you first started with The Stooges?
IP: The digital age has made collecting money so incredibly efficient. When we started our band, we didn’t know what publishing was, we just gave song writing credit to everyone in the group, because I saw it on the back of a The Doors album, I thought it was cool. We didn’t know about these things, we didn’t understand, [we knew] vaguely about royalties and rights. It’s different now. You can push a button and get rich quick. I think there is an argument to be made about the human race’s approach to the point where that technology gets to the point where it’s going to grip everybody by the shoulders and shake us, and then throw us down and get rid of us. Everybody’s a little scared about that. It was people like Lightnin’ Hopkins, who was a great acoustic blues player, or RL Burnside would say “Yeah well the white people want me to play acoustic, but the electric has more soul” and I think, to a certain extent, the old technology kinda was like throwing an amplifier into the spirit of man – the same with LSD – and boiling things up, but now the technology has grown and grown until it’s [imitates drum machine]. Woah! Why don’t I just die now!? [laughs] The best I can do with that, I said to myself about 15 years ago; “OK, treat yourself like a precious antique. That’s the best you can do”. I was on the beach the other day and some big yob from Serbia came up to me; “ I like music, it’s very good. I listen to the new techno and electronic, but we like that old stuff too” [laughs] What are you gonna do? You’re gonna be polite, then when the guy walks away you’re gonna go “Oh f*** you Igor!” [laughs]

You have never been shy about talking about your drug use in the past, how do you feel about drugs today?
IP: Drugs… Everybody should just drop that s***. For me, the best is a very good wine, but weed’s OK. All I can say is I don’t drug up any more. I have wine with dinner, and that’s about it.

What do you think are the greatest challenges facing humanity? Do you think rock music can offer a way forward?
IP: According to Iggy Pop! [laughs] I would say maintaining the proper level of disconnect. I think things are getting too wired up. In my lifetime I have seen lakes and rivers get foul to the point where you can’t drink the water, and then you can’t drink it out of the tap, and everything has become a business, like with Woody Allen’s giant banana. It was a Taoist concept of utopia that humans would livein small settlements, and the village on the left side of the hill would not know anything about the village on the right side of the hill, and I think maybe there’s something to be said for that. That manifests itself in really ugly ways today because unfortunately large groups of people are shoved willy-nilly. That would be the big one for me; if everyone could just calm the f*** down a little bit. I think there is a stimulation today that’s really intense, and maybe needs to be slowed down. Other than that, what could I say? The world needs love? Yeah! How about that! It needs more love!

We have lost a lot of legends this year, not least your great pal David Bowie. Looking at you here, you seem incredibly alive. What’s the secret?
IP: Well I had really great parents, and I didn’t listen to them, and then later in my life I began to listen to them, especially what my mother had to say. Just simple stuff like that. When I am not doing this job I go to bed early. For some reason, I seem to have been able to regenerate from the various things that I put into myself. I guess just by trying to take it easy; go to bed early, eat three squares, work reasonably hard. That sort of thing, nothing fancy.

‘Gimme Danger’ is released in Irish cinemas on November 18th 2016.