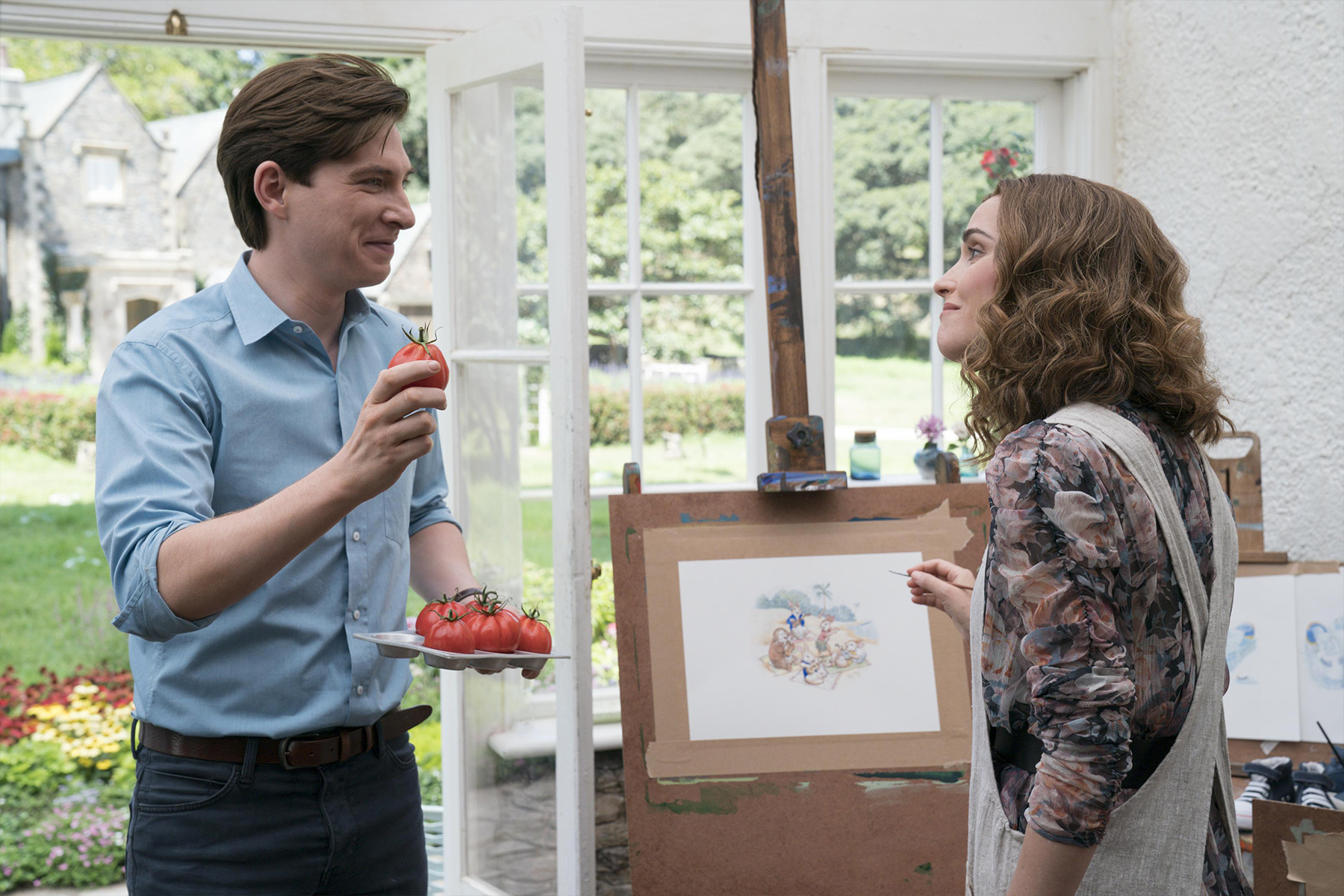 BASED ON THE WRITINGS OF BEATRIX POTTER, ‘PETER RABBIT 2’ SEE’S PETER BACK ON THE BIG SCREEN TRYING TO SHAKE OFF HIS MISCHIEVOUS REPUTATION.

IRISH ACTOR DOMHNALL GLEESON RETURNS TO THE ROLE OF Thomas McGregor, a character that ALLOWS HIM TO explore his SLAPSTICK COMEDY acting, something he really enjoys doing.

WE WERE LUCKY ENOUGH TO VISIT THE FILM-SET TO SEE THE MAGIC OF THE FILM BEING MADE AND TO TALK WITH DOMHNALL ABOUT HOW HE PREPARED FOR THE MOVIE, AND WHAT IT WAS LIKE WORKING OPPOSITE A CGI RABBIT IN THIS HIGHLY ANTICIPATED SEQUEL OPENING EXCLUSIVELY IN IRISH CINEMAS FROM JUNE 7th 2021!

How was the filming of ‘Peter Rabbit 2’ for you?
It’s nearly done and I can soon get back to Ireland. It’s going excellently, we were in Sydney for three months basically a long way from home and between the jigs and the reels. I wasn’t able to get anybody over to see me. A lot of my family over there was basically Rose and Will for most of the shoot and they’re an amazing family but they have families of their own. So, yeah I’m happy it’s drawing to a close just to get home.

While shooting the first movie, temperatures were so hot in Australia that you had your own refrigerator room to stay cool. Did you have to have one this time around or have you acclimatised?
I haven’t acclimatised, but there was less stuff set in the garden, and less physical stuff outside. That was extreme, the first few weeks on the last film I was injured, I was running around the garden on a sprained ankle in 40 degree heat for a few days. The fact is that my current brown hair is trying to fool the soul into thinking I’m not a ginger… but I am a ginger and I burn easy.

The first film had very happy endings for Thomas and Bea’s relationship, what can you tell us about them this time around?
It’s a happy beginning in this one, which is different to last time, because they’re getting married and they’re very happy and they start from a very happy place. Thomas still has his issues with the behaviour of the rabbits but he’s coming to accept it and, Bea is finding her place as an artist, her books are selling reasonably well and they have interest from a publisher and that’s kind of the start of their journey on this one. And Peter Rabbit at the same time, starts going on his own journey a little bit separately to them.

You were the villain in the previous movie, how was it handing that role over to David Oyelowo?
Well it wasn’t handed over, it was taken from me. (Laughs). No, I keep remembering that this is a print interview and this all just looks like I’m not being sarcastic. Will (director) had talked to me about what the role was going to be before we started. I didn’t want to come back and just stand in the background, you know what I mean? I’ve done enough of that in other films, and so he came up with a strong storyline for the things Thomas wants in the film, and reasons for him to be funny, there has to be conflict there for him to end up in those situations, and I think we found those.

The movie takes us to different places, we’re leaving the cottage, how was it shooting in different locations this time around?
On the first one, they really used the house and the garden. It was beautiful, idyllic and had so many opportunities for comedy. We still spend time in those places, but we do get out and about and honestly anywhere where air conditioning existed was just… a breath of fresh air… that’s a terrible pun. (laughs). What I mean is that it was just a relief to be anywhere indoors, where they can keep it cool. That made me happy.

How familiar were you with Beatrix Potter before you started this project?
No, I mean I knew who she was, and I knew Peter because ‘Peter Rabbit’ is everywhere, but I don’t have kids myself and Peter Rabbit was not one of the books we went to growing up that I can remember.

For research, did you read any books or watch other movies to help tap into slapstick comedy style that your character needed?
In terms of the books I bought the complete ‘Peter Rabbit’ stories ,which was absolutely huge as there’s loads of them. So I read that and got a sense of the world that Beatrix Potter had created and that was lovely and very good fun. I didn’t need to do research on physical comedy, not because I’m good at it, but because I’ve seen a lot of the stuff there is to see, it’s my favourite thing to watch.   I mean, ‘Home Alone’ is probably in my top five movies ever anyway, so you know what I mean? You can’t copy, I think you will be so futile to try and copy great physical performers. If you go in and try and be Buster Keaton, You’ll just be a bad, Buster Keaton, because no one does it like he does. I think you’ve got to have your own way of doing things and your own physicality defines so much of what you’re capable of in those situations. So there’s lots of nods to lots of people. But no, I mean, I’m just battling my own way through and trying to keep it funny and in the moment, you know?

You slip so easily into your Lake District accent. Do you have to have a voice coach for a film like this where you’re using a different accent?
Always Yeah, I think it’s always good to have somebody around, even if it’s something you’ve done before. If it’s going to be a tricky day, you might keep the accent going during the whole day and just roll with it. Especially with the physical stuff, like if you’re trying to pop in and out of an accent and then then you’re being dragged up in the air and you make the wrong noise. You know, the big part of physical comedy is the soundtrack, it’s like the noises people make when they’re falling over. So depending on your accents, different noises come out.