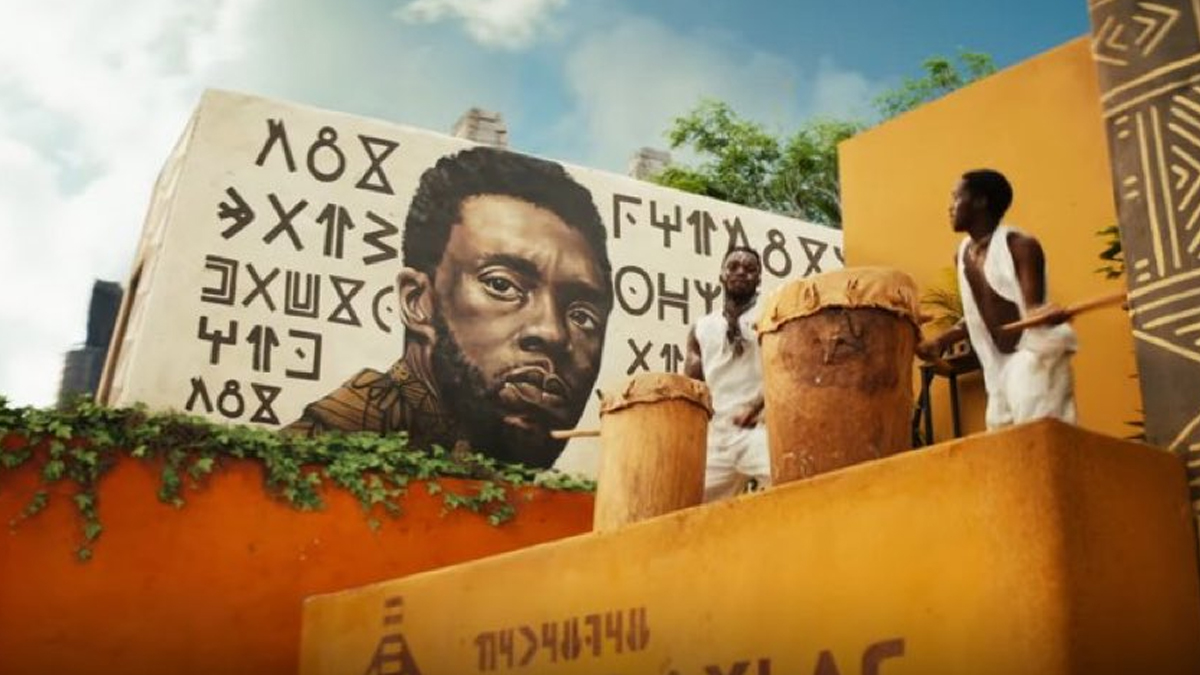 The first teaser trailer for BLACK PANTHER spin-off WAKANDA FOREVER was launched at San Diego Comic Con this weekend & has brought fans to tears with its beautiful visuals, scored with a beautiful cover of Bob Marley’s classic “No Woman No Cry” by Tems.

Director Ryan Coogler returns to direct this sequel to 2018’s boundary breaking blockbuster the director told fans at Comic-Con how the new movie explores new areas of Wakanda and the wider MCU, it’s a look at a country in mourning and in anger. The trailer introduces us to Namor, a character created in 1939, long before Marvel even existed, so he has a long history in comics, even before he was revealed to be the first mutant of the Marvel Universe.  Namor played on screen by  Tenoch Huerta,  is the son of a human father and an Atlantean princess, raised to be the king of the undersea people.

While we get a glimpse from behind of someone in the Black Panther armour at the end of the trailer, its unclear what is in store for the character moving forward, but Wakanda Forever will be honouring the late Chadwick Boseman and his character.