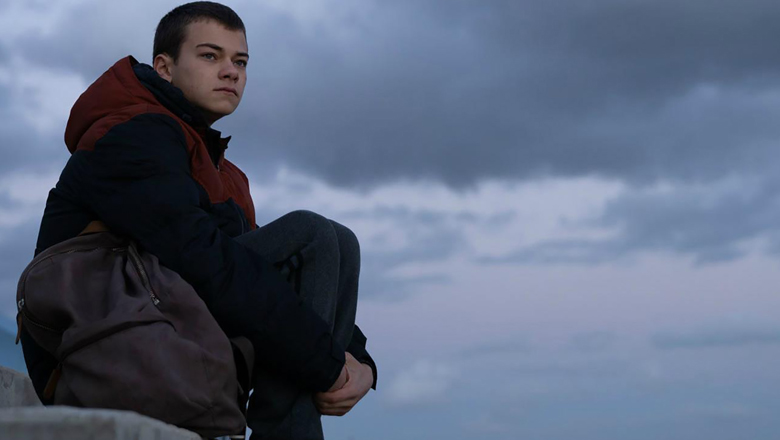 The Plot: 14-year-old Tyler hasn’t got much in the way of future prospects. He lives with his mother Toni (Ashley Madekwe) and younger sister. He’s getting through life one day at a time, not helped by his mother’s lack of interest in his development as a young man. Tyler strikes up an acquaintance with Simon (Harris Dickinson), whom he encounters in his neighbourhood several times. Simon hires him to run errands around England and not of the legal kind. First it starts with pills, before progressing to Class A drugs. With his mother out of work, man of the house Tyler is now the breadwinner – at great personal cost…

The Verdict: In England, the age of criminal responsibility is 10. A fact that has been tapped into by the criminal elements of society, exploiting vulnerable children to do their dirty work. This is stated in blunt terms in the opening sequence of County Lines, when a youth worker calls Tyler an acceptable loss to his business. Responsibility will land on his young shoulders rather than the criminals, leading him from a life of grime to a life of crime and damaging his future. First-time feature director Henry Blake knows all too well about this. A youth worker with first-hand experience of dealing with wayward youths on the county lines network, he brings this troubling criminal undercurrent to the screen with gut-punching authenticity. There are no preachy sermons or saviour-like characters here to save the day. It’s up to Tyler to save himself.

Blake expands his 2017 short film of the same name to emphasise the impact of Tyler’s decisions on himself and his family, rather than get bogged down in him becoming a junior Scarface. There’s not much drug-dealing glamour here – ‘the world is yours’ does not apply here. Blake’s script initially jumps back six months to Tyler’s impressionable youth as he gets through school and is more of a parent to his sister than his mother is. Halfway through, the story then moves forward to the present day where he is now dealing with the kind of occupational stress that Simon says being a man is about. Blake mounts his fact-inspired story in minimalist terms that are hugely impactful nonetheless. This is a stark, spare drama with reduced dialogue, concentrating more on performance delivery and the consequences of a character’s decisions over a few key moments in time.

Stark doesn’t necessarily mean bleak though. Blake injects elements of hope into his script, even as Tyler’s home life starts to spiral out of control. He walks a fine line between condemning Tyler’s criminal activity and being sympathetic to his limited prospects and youthful aspirations. For a feature debut director to do this so nimbly with such challenging subject matter is an impressive achievement. Children can be led astray, but they can also turn their lives around for the better. He’s made a real find in Conrad Khan too. Khan internalises his performance, letting his soulful eyes do a good portion of the heavy lifting. It’s a striking performance that is subtle and powerful in equal measures. There’s much going on behind those eyes, hinting at a young man who is a work-in-progress moving one step closer to maturity and adulthood.

With some 10,000 children as young as 11 involved in the UK network, County Lines comes across as a sobering experience and a wake-up call to parents and social services. The genius of Blake’s film is in its simple delivery, stripping back on story incidence and focusing on enough character development to underline the long-lasting effects on young minds. If Blake continues with that same careful and considered approach towards his material, then he has a promising future ahead in the film industry. Seek it out online or in the cinema if you can.

From 4th December the film will be available to stream on demand on sources including BFI Player, Curzon Home Cinema & IFI @ Home