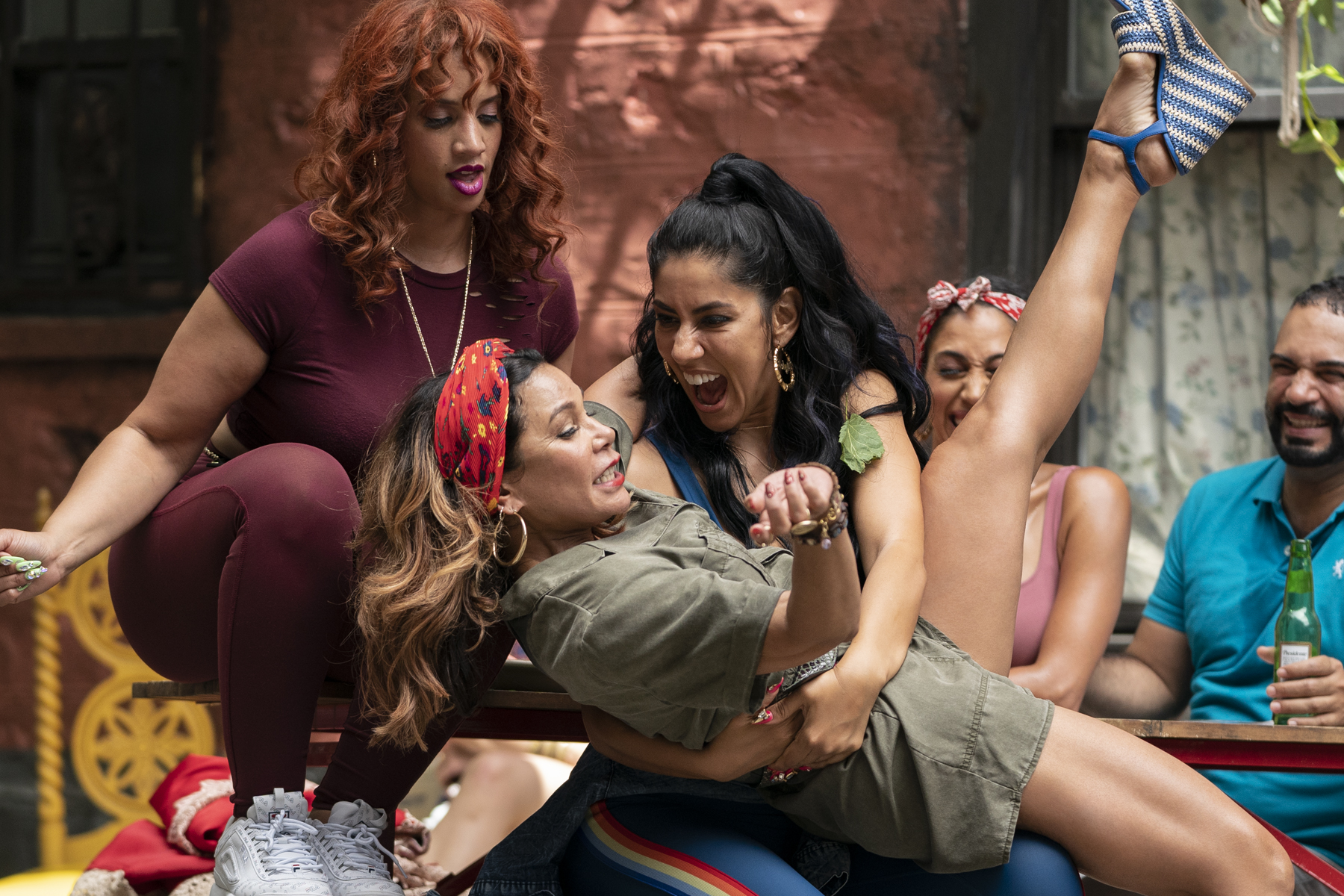 Catch up with the cast of new musical IN THE HEIGHTS

Cinema screens are lighting up again just in time for the release of one of the most anticipated films of the year. In the Heights, based on the multi-award-winning Broadway show by Hamilton creator Lin-Manuel Miranda, has taken years to go from stage to screen, but now that it has arrived, the expectations are high. Crazy Rich Asians director, Jon M Chu, collaborated with Miranda and Quiara Alegría Hudes, who worked with Miranda on the original musical. We had the chance to attend the virtual global press conference and find out more about the delights of In the Heights.

The film has a large cast, and many of them, including lead actor Anthony Ramos and patriarch Jimmy Smits, were on hand to answer press questions. At the same time, Miranda and Hudes spoke of their joy watching their stage show grow into a massive movie extravaganza.

Miranda says that the experience felt real when he watched the film with his original Broadway stage cast. “I think one of the most satisfying moments was getting to watch this extraordinary cast with my original Broadway company. We all watched it together. In the last shot of the opening number, when that camera zooms in, you realize that Anthony is dancing as hard as everybody else on that street and that’s the real street that this whole thing is a love letter to –  hearing my first family, my Broadway family scream at what they were witnessing, man there has been a lot of good moments, but that was a really good one.”

Ramos, who plays lead character Usnavi, says that the film is a tonic as the world emerges from lockdown. “We’ve had almost two years where people have had this setback where people are going through things that they never in their wildest dreams would have imagined that they’d be going through. I hope that they can watch this movie and that this movie can be like a ball of hope for them. That they can sit in the theatre and watch all these characters go through all these different things and see how each and every character just never gives up and how every character does their best to overcome.”

Corey Hawkins plays Benny, and he says that In The Heights, which focuses on New York’s Latin community, brings much-needed diversity to the screen. “As a person of colour, I know what that is to not be seen and to be in spaces where your voice is not only not seen but not celebrated. This was an opportunity for all of us to come together and kick the door, not just crack the door open, but we bust in the door,  real way, and it just feels tangible, it feels timely. I feel it every time that I speak about this movie – the honour and the joy to be able to watch this film and to celebrate and lift up the Latino community. I know that when one of us wins, we all win. So that’s the joy, and that’s just not for people of colour; that’s all of humanity.”

When it comes to asking questions at global press conferences, it is a little bit like a lottery. You pop your questions in the chat bar and, if luck is on your side, one of your questions might be chosen. As luck would have it, one of our questions was picked out. We asked Jimmy Smits, a long time drama actor, what it was like to act in a big, beautiful musical. “It was great to be able to check off that little artistic box on the bucket list.  I look at this film, and I see the hard work that manifests itself in regards to the Bootcamp that they had to do prior to filming. How prepared Jon [the director] was. I remember the first reading where we showed his storyboards where he shared his mind and the possibility of how the film can open up Quaira and Lin’s work. I’m blown away by the work and the detail of the work in terms of being intimate and small and dramatic and then big with these homages to the Golden Age of cinema. We have all of this in one film because of these people [the cast and crew] that you see here. It’s something that’s needed as we come out of this pandemic.”

In the original Broadway show, Miranda played Usnavi, but now he takes on the role of Piraguero, a character he says he played in tribute to his grandfather. “I really played the whole thing as a tribute to my grandfather who was the one member of my family who wasn’t around to experience the success of In The Heights and everything that came after so I’m wearing his glasses around my neck and, I’ve got his cowboy novels in my back pocket, and bringing him along for the ride.”

In the Heights opens in Irish cinemas on Friday June 18th