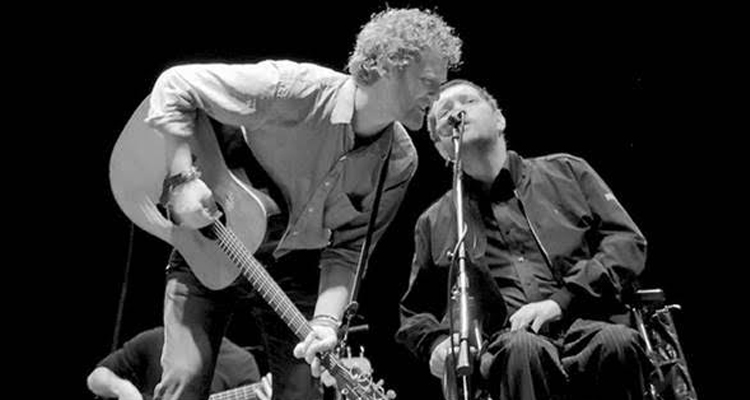 The winner of Best Irish Documentary at the Galway Film Fleadh last year will hit Irish cinemas this November, BREAKING OUT celebrates the remarkable life of Fergus O’Farrell, the renowned singer-songwriter best known for his timeless song “GOLD” which featured in the soundtrack to ONCE, the Oscar winning film and multi-Tony-award-winning musical. BREAKING OUT was filmed over ten years by Michael McCormack and has been hailed by Screen Daily as “a privilege to watch”.

Upon launch of the official trailer this month, director Michael McCormack had this to say about bringing the film to Irish audiences-  “It’s a great pleasure to finally share Fergus O’Farrell’s inspirational story. At a time when we all need heroes, Breaking Out will fill your soul.”

Fergus O’Farrell was the charismatic voice of Interference, one of the most compelling and influential bands to emerge from the Irish music scene in the 1990’s. He was best known for his timeless song “GOLD” which featured in the soundtrack to ONCE, the Oscar winning film and multi-Tony-award-winning musical. Despite being diagnosed with muscular dystrophy at a young age, through it all, Fergus had to keep singing. His unique talent and love for life inspired a generation of songwriters. Oscar-winner Glen Hansard was one of those songwriters and never forgot that voice, and in one of the many incredible moments in Breaking Out, he performs the ultimate duet as Fergus’ greatest gift was failing.