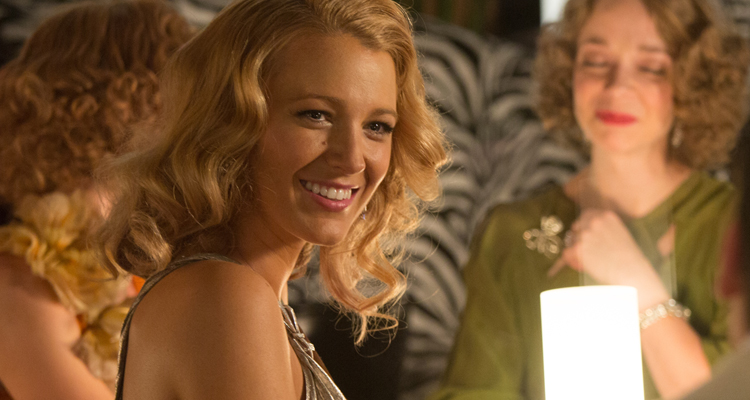 Blake Lively is having a busy few weeks; as well as starring in last month’s ‘The Shallows’, the actress also stars in Woody Allen’s ‘Café Society’, released in Irish cinemas this weekend. Having shot to fame as an “It Girl” on TV’s ‘Gossip Girl’, Lively is no stranger to playing a socialite with everything going for her, and Veronica is exactly this kind of character.

Movies.ie caught up with Blake Lively at the Cannes Film Festival earlier this year to find out more about what it was like to work with Woody Allen, whether he wrote her one of his infamous letters asking her to audition, and how she deals with fame.

Woody Allen is known for writing letters to actors he wants to be in his films. How did you get involved?
I was asked to audition for his movie and I came in. They gave me about six pages; didn’t tell me anything about the character, didn’t tell me anything about the story. He doesn’t want you to sit there deliberating, learning every word, coming in trying to do a Woody Allen impersonation. He wants you to be familiar enough that you’re not nervous, but then come in and do whatever it is that you do; he doesn’t want you to come in and try to do him, which I think is everybody’s instinct, because he has just a specific language in his films. I auditioned, I did it twice and then he said “Thank you”. You leave and you just sort of hope it went well. I got a call the next day asking me to be in the movie and I said “Of course” and they said “Come read the script; make sure you want to do it”. I wanna do it! I don’t care if it’s one line!

Why did you want to do the film?
I wanna do it because he’s one of the few filmmakers who has always really written for women, first and foremost. The women are always incredibly complex, you never get one thing or another; women aren’t pigeonholed into any one type of personality. You look at ‘Annie Hall’ – one of his most famous movies – and just the whole time she’s saying “I’m such a ditz”, and she is so silly and goofy and effervescent and ditzy, but she’s also incredibly intelligent, and he doesn’t just have a woman be one thing or the other so you know that you can have the safety to be effervescent and silly and giggly but not seem like a bimbo [laughs] or the tart of the film. Of course you read the script and you say “Yes”. Surprise! I wanna do it.

How did you see the trajectory of your character from being this society gal to the mother at home?
What’s interesting about her is I feel like she started in more humble beginnings; she’s in the society life, and I feel like she is always somebody who is in it but not of it, so when she becomes a mother she’s happy because she really appreciates life. She’s somebody who has been very very hurt in love – and I think that’s one of the reasons she and Bobby [Jesse Eisenberg] connect – but yet she believes in happiness; she chooses that path. I think that’s what’s intoxicating about her to him; they have both been hurt in love, but she still has this joy to her that makes him believe that maybe you can have love again. He’s a romantic; he’s a melancholy heart so he will always suffer. I think that no matter who he chooses he will always feel a sense of love lost.

It has been said that this film is less romantic than some others of Woody Allen’s films. How do you perceive it?
I think all of Woody’s fans are romantic. One of his romantic movies is about a murder; ‘Manhattan Murder Mysteries’ is such a beautiful beautiful examination of a marriage that has gone stale and two people finding excitement together again. That’s a complete love story and it’s a suspense thriller about a neighbour that has been murdered. I think all of his films are helplessly romantic.

What was it like for you to work with Woody Allen?
He’ll never give you a line reading or he’ll never give you very very specific direction. Any direction he says he then undercuts afterwards saying “or don’t do that, whatever you want to do’! [laughs] and the only way he would choose to articulate it is to say some of the lines, re-enacting the moment. He has one liners, he’s very famous for his one liners… He would never say those one liners, it’s all those interstitial lines, those lines that are not necessarily the most interesting ones, they are just common language – beautifully composed common language, but still, more common lines – but then coming out of his mouth, the way he says it, it’s just suddenly so interesting. Then you realise every line is interesting, it’s just about what you bring to it. That was the most rewarding part of watching him as a filmmaker; not getting to getting to those meaty, really cool, fun, funny zinger moments, but seeing that every moment can be just as intoxicating if you let it be.

What’s your favourite Woody Allen movie?
I think it’s like Disney princesses; everybody’s favourite is Cinderella so you can’t count her. It’s like ‘Annie Hall’ and ‘Manhattan’ are just off the table because they are already everyone’s favourites, but I do think ‘Manhattan Murder Mysteries’ is my favourite. It’s just amazing that he can do Hitchcock as well as Hitchcock, but yet is doing an homage to other filmmakers, but yet it’s entirely Woody Allen, and completely romantic. It’s as suspenseful as any suspense thriller you’ve seen. I don’t know how he balanced it all so well in one movie. Also you go to something like ‘Love and Death’ where he has the bravery to go do that type of thing. You just think “Wow, this man is so courageous”.

One of the themes of the movie is fame. How do you deal with fame; when does it become annoying?
I think that fame is a strange side effect of your job, but its something that you can engage in more often or not. You have a certain level of choice in the matter of how much you want to share of your life or not. Beyond that, people will still try to share things about your life, whether it’s a paparazzi hiding in your bushes or someone making up a story about you… Or telling a true story about you. There are things that are shared that are unfortunate for me, more as an audience member than as someone who experiences it because the lack of anonymity or privacy is something that is a strange thing for a human to experience, but no matter how uncomfortable that is, it’s something that’s very much champagne problems. We are very very fortunate to live the life that we live; the perks far outweigh the downsides.

Does the downsides make you think twice about absolutely everything you are asked to do?
No you don’t, you think that’s so absurd that they would do that, but it does make you second guess everything you say or do or share or put out there. It’s really had not to become completely guarded, because when you feel betrayed like that… It’s be one thing if that came out and I saw it, I’d roll my eyes, but when my Mom calls me and is in tears and is like “I was in the bank and everybody’s coming up to me and saying this”. Everybody in the bank is excited to see her reaction that her daughter’s in prison. It becomes this ugly feeding frenzy when people want to see other people hurt. That’s why they do it, not because of a funny, cheeky story. That’s the thing that I hate; when somebody tries to hurt my family or my loved ones through those types of things.