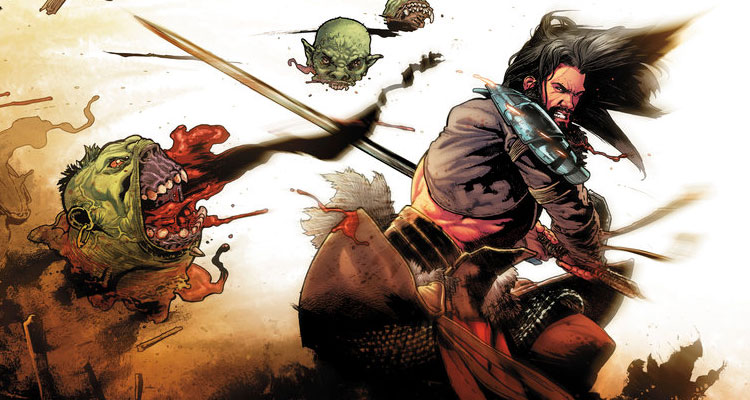 BIRTHRIGHT Comic To Get Film Adaptation

The ongoing series is follows the story of the Rhodes family who suffer the unthinkable when their young son Mikey goes missing in the woods on his 10th birthday.

A year later, a mysterious Conan-lookalike appears claiming to be Mikey, saying that he was transported to another world, one of dragons and trolls and monsters and beasts. Now Mikey has come back to Earth to finish the job he started over there—to wipe out what remains of the evil forces infesting the other world.

“Birthright is a giant fantasy epic but at its core it’s a story about family, and I’m really excited that a creative team who values those same storytelling elements will be adapting Birthright,” said co-creator Williamson. “Andrei and I have put so much of ourselves into developing the Birthright comic and we know that Cinco, Ken and the entire Skybound team will do the same as they adapt it for the big screen. I’ve been a big fan of Universal ever since I was a kid, and I’ll lose it when I see the Universal logo in front of the Birthright movie!”

Cinco Paul and Ken Daurio (‘Despicable Me’) are attached to adapt the script, with Kirkman and his Skybound partners David Alpert, Bryan Furst, and Sean Furst producing. Jeb Brody (‘The Mummy,’ ‘Fifty Shades of Grey’) will also produce.