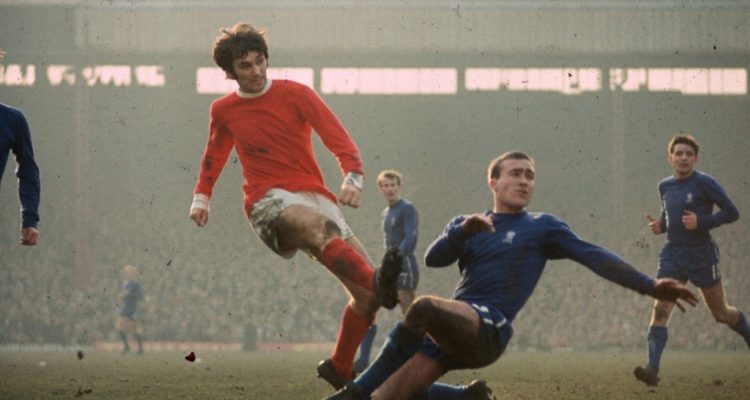 BEST (UK/12A/90mins)
Directed by Daniel Gordon
THE PLOT: Daniel Gordon’s documentary chronicles legendary footballer George Best’s rise to fame, from being a homesick teenager who skipped out on his trial for Manchester United, through to his move to the US to play for teams such as the LA Aztecs. Best also looks at the obsessions that defined Best’s life; football and excess.
THE VERDICT: There have been many films about the life and times of football’s most legendary and tragic player, George Best, but Daniel Gordon’s new documentary tells the story not only through the eyes of George Best himself, but those around him, from former teammates and agents to friends, lovers and wives.
The film opens with Angie Best, George’s first wife, telling the story of driving to the doctor for a check up on her newborn son – Calum. Angie saw a man walking down the centre of the road in the rain, and took pity on the person she believed to be homeless and destitute. It was only as the car passed him that Angie realised the man she saw was her husband, George Best. She kept driving. This story bookends the film, and is a touchstone in the tale of fame and tragedy that was the life of George Best.
Director Daniel Gordon has tracked down friends and family for this new documentary, including Angie Best, Alex Best – George’s second wife – Ani Rinchen Khandro (formerly Jackie Glass), former Manchester United Manager Sir Matt Busby, Man City player Mike Summerbee, journalist Hugh McIlvanney, Man United player Harry Gregg, agent Bill Mc Murdo and Roy Hudson from the Fort Lauderdale Strikers, to name but a few. The film is made up of a combination of archive footage that allows the late George Best to speak for himself, as well as new interviews with those who knew him. What emerges is a story of a talented – some might say genius – player, who tragically did not have the staying power and strength to avoid the obsession with alcohol that brought him down.
The interviews in the film bring it to life, and it is clear that Best touched everyone he knew to varying degrees. Although almost the entire world knows what befell the talented football player from Northern Ireland, but as the story unfolds on screen it becomes clear that Best struggled to come to terms with being the first true celebrity footballer, as well as inner demons he never managed to shake.
Daniel Gordon focuses squarely on the football career of George Best, but obviously has to address the issue of his descent into alcoholism. There are mentions of “demons” plaguing Best, but this is not the film to try to uncover just what those demons were. This is a Shakespearean tragedy played out on screen and, for those of us too young to remember George Best as anything but someone who used to be someone, seeing the footage of Best playing the game he loved is exhilarating.
In all, ‘Best’ is a strong documentary and tries to be an honest look at the career of George Best. There are many questions left unanswered throughout the film, and although it seems clear that this is because there are simply no answers to be had, the impulse to show Best at his um… best and skip the sensationalism that came after his career as a player ended leaves the film feeling slightly unfinished. That said, there is a lot to learn and love in ‘Best’, and it is as fitting a tribute to the player as possible.
RATING: 4/5
Review by Brogen Hayes