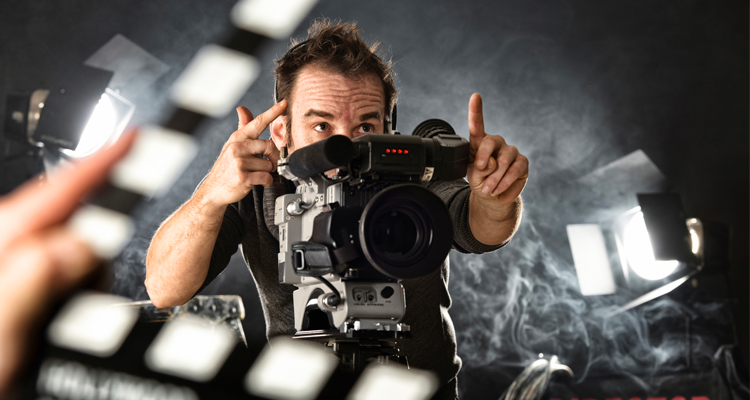 Besides ‘Harry Potter’ and ‘4 Weddings’, Mike has produced hits such as ‘Traffic’ and ‘High Fidelity’. Next year is due to be his biggest yet when he takes the reigns of Jerry Bruckheimer’s next blockbuster ‘Prince Of Persia’.

Newell’s latest movie opens this weekend, ‘Love In The Time Of Cholera’ is the timeless masterpiece written by Nobel Prize-winning author Gabriel García Márquez. The sweeping romantic epic telling the story of a man who waits over fifty years for his one true love stars Oscar winner Javier Bardem

Here Mike Newell takes Movies.ie behind the scenes of his new movie…

Q: What were your fears as you set about making a film of a supposedly ‘unfilmable’ book?

“The biggest thing was that it was a sacred text. And with Gabriel Garcia Marquez there are people who cannot possibly have known him who call him by his diminutive Christian name – he’s known as ‘Gabo’ – so there’s a  kind of possessiveness which is very daunting. Beyond that this is a great, great book. I can be as snippy as I like about people thinking that they own it because I think I own it. It is a great book, and of course a movie can only ever be partial.”

Q: But didn’t Marquez give you licence to adapt it freely?

“Well he did, but he’s a difficult chap to pin down. One of the things he said to the writer was ‘you’re being much too respectful to the text’. Then when he first saw the movie he liked it. Six months later he’d changed his mind, the old bugger. He said ‘wonderful work, congratulations, and now with all the stuff you’ve left out we can make the second movie’. In other words he encourages you on the one hand and on the other he regards it as a sacred text himself. Or you could do better. Or why did you put that bit in and take that bit out? Or any of those writing choices, it’s very difficult.”

Q: Were you ever tempted to make the film in Spanish?

“No, I wasn’t. I’ve always loved the movies of Julian Schnabel, and one of the things I saw in Before Night Falls was that he had this colossally polyglot cast, they came from all over. No two people seemed to be the same nationality, he had simply cast for the qualities of the character and actor. And then he stuck it all together by giving them all a very closely observed and worked Cuban-English accent. I didn’t feel able to do this in Spanish because I don’t speak Spanish well enough. If it had been in French I would have given it a go, because I probably could have got through that. I tried to learn a little basic Spanish for the film, but I wouldn’t have any of the sense of what the manipulation of the language would have been.”

Q: There’s clearly plenty of nuance, there are real ambiguities in these characters aren’t there?

“Absolutely, as you go on working on it you discover things about the characters all the time, you think you have it, when you start you know everything but you don’t, you discover things as you go along. To my dismay I discovered that Fermina is a terrible emotional coward. She opts for what is safe, for what her father wants her to do even though she’s a rebellious teenager. And she starts to moan in the middle of her life about how unhappy she is, about what it would have been like if she’d followed her heart but she didn’t, she chickened out. You’re not supposed to make a heroine out of that. There may be vicissitudes along the way but a heroine is supposed to triumphantly come to the right decision for all the right reasons. What’s magnificent is that Florentino comes along and rescues her, mad as he is. He says ‘you know that we’re going to die soon, if we don’t do something about this now then you’ll never know’. And that kind of blinding certainty, that drive of his is such a great antidote to her cowardice. You discover these depths in the characters all the time.”

Q: And yet Florentino’s rival in love, Juvenal Urbino – played by Benjamin Bratt – is a hero too, for ridding the city of cholera, isn’t he?

“I should have made much more of Urbino, because he’s a fine man and he does go out and do very courageous things. The problem is it’s the old trouble of the 16 hour version, if only one had had 16 hours to play with but one didn’t. I would have liked to do more about the guy who had given his life to a great cause, whereas Florentino has given his life to a little cause.  It’s one of those internal ironies, and there are millions of them in the book.”

Q: What qualities does Oscar winner Javier Bardem bring to the film as your star?

“He is a great actor, absolutely, by virtue of how completely he delivers himself to the character. And of course he could read the novel in Spanish so he knew there were linguistic tricks that the novel plays. Javier, to my frustration, could have all sorts of responses to the novel that I couldn’t. He would try and explain to me but it’s very difficult to grasp in another language. His English is very good, he can act in English, I think he can probably act in any language. He has this extraordinary ability to zero on something.”

Q: He’s a physically imposing guy but he ages so gracefully in your film, doesn’t he?

“He ages fantastically. Physically he’s wrong for the role, the role is supposed to be a small, ratty, not particularly attractive person who is extraordinary by virtue of which the intensity with which their flame burns.  Whereas Javier is this great big rugby player. But he’s such an actor that he gets the character in the head and that then translates into the body somehow, somewhere along the way. His ageing process was fantastic, watching him inch it forward, because there aren’t great big jumps in it, he has to play a couple of years at a time. You can’t make any grand operatic effects you have to grind through the process of the muscles getting weaker and the joints getting stiffer. I used to love watching him ‘ageing’, with the judgement and ability he brought to it.”

Q: What was it about Giovanna Mezzogiorno that led you to cast her opposite him?

“It was her eyes. There are many wonderful South American actresses, but they tend to come with wonderful long, black curly tresses, beautiful eyes, high bosoms and lovely skin. That’s the sort of girl that you very often see walking around Cartageña day by day, and very nice too.  But if you were Florentino that would be the norm. What you see when you see Fermina is these extraordinary grey-green eyes in a kind of creamy complexion rather than an olive complexion. I obviously wanted a great actress too, and I knew that apart from anything else she had this wonderful theatre background.”