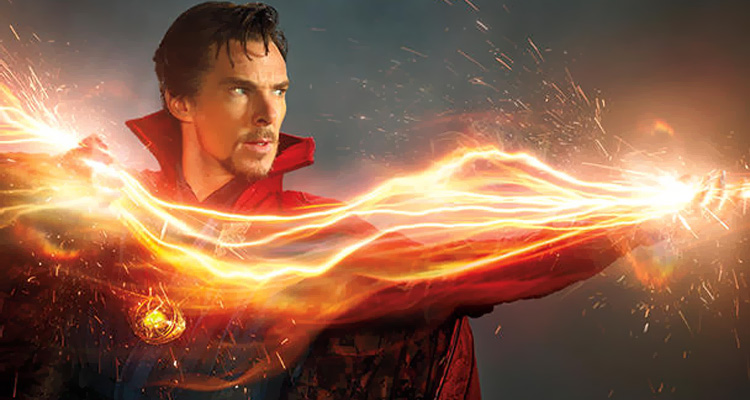 As we come to the end of the first week of 2016, Movies.ie takes a look forward into the coming year and picks out 20 upcoming releases to get excited about.

GREEN ROOM
‘Blue Ruin’, the previous film from director Jeremy Saulnier and actor Macon Blair, premiered at the Cannes Film Festival, winning the Fipresci Prize, in 2013. Last year, Saulnier brought his latest film ‘Green Room’ to the festival, where it was met with acclaim. The film focuses on punk band The Ain’t Rights, who travel the country picking up gigs and making enough money for petrol and food. When a gig is badly managed, the organiser promises a better one at a bar his cousin knows… A white supremacist bar in the middle of nowhere. After the gig, the band stumble across the aftermath of a murder, and suddenly find themselves in an unrelenting and violent fight for their lives.

HOW TO TALK TO GIRLS AT PARTIES
Recently announced as being in production, ‘How to Talk to Girls at Parties’ is based on a short story by Neil Gaiman, about a young man who encounters a pretty girl at a party and falls for her, without realising she is an alien. Gaiman previously had novels ‘Coraline’ and ‘Stardust’ made into films, and his novel ‘American Gods’ is currently being turned into a TV show.

DEADPOOL
Ever since Ryan Reynolds took on the role of Wade Wilson 2009’s ‘X-Men: Origins: Wolverine’ there has been talk of Reynolds playing Deadpool in a stand alone movie. 2016 is the year we finally get to see that movie and, if the trailers already released are anything to go by, the whole shebang is going to be a violent and hilarious affair. The filmis brought to us by Oscar nominated director Tim Miller, and also stars Morena Baccarin and Ed Skrein.

HAIL, CAESAR!
The Coen Brothers return after a three year break after ‘Inside Llewyn Davis’ with a comedy led by George Clooney and also starring Scarlett Johansson, Channing Tatum, Ralph Fiennes, Jonah Hill and Tilda Swinton. The story focuses on Hollywood fixer in the 1950s whose job it was to keep the demanding, bratty and contracted movie stars under control, and happy.

ZOOLANDER 2
When first we met the dumb but talented Derek Zoolander (Ben Stiller) and Hansel (Owen Wilson) in 2001’s ‘Zoolander’, we immediately fell in love with their innocent charm. This year, they return – that’s 15 years, so you feel old yet!? – and have to fight off an evil company that wants to take them out of the game. ‘Zoolander 2’ is directed by Ben Stiller, and also stars Benedict Cumberbatch, Kristen Wiig and Will Ferrell.

THE BFG
Roald Dahl’s beloved book was turned into an animated movie back in 1989, and this year Steven Speilberg brings a live action version of the story to cinemas. The story focuses on a young girl named Sophie (Ruby Barnhill) who is initially scared when she meets the Big Friendly Giant (Mark Rylance), until she realises he is a kind soul whose refusal to eat little boys and girls means that he is an outcast among his own kind.

CAPTAIN AMERICA: CIVIL WAR
After last year’s ‘Avengers: Age of Ultron’, it’s time for the Marvel cinematic universe to start ramping up the stories again, until we real ‘Avengers: Infinity War- Part 1’ in 2018. This time out Steve Rogers and pals are dragged apart by government interference that turns the newly expanded Avengers against one another. Directed by Anthony Russo and Joe Russo, the film brings in Paul Rudd’s Ant-Man, Tom Holland as Spider-Man and new characters Baron Zemo and Black Panther.

GHOSTBUSTERS
This new reboot of the ‘Ghostbusters’ story replaces the boys with the girls; Kristen Wiig plays Erin Gilbert, a teacher at Columbia University who is made a laughingstock when her early work with friend Abby (Melissa McCarthy) that speculates that ghosts could well be real resurfaces. Erin is laughed out of her prestigious job, but her knowledge comes in handy when she has to team up with her friends to save the world from evil ghosts.
As well as Wiig and McCarthy, this new ‘Ghostbusters’ stars Kate McKinnon,Leslie Jones, Chris Hemsworth and Andy García.

UNTITLED JASON BOURNE MOVIE
Since this film is not out until July, the title and plot details are unknown at the moment, but we do know that Matt Damon is back on board with the franchise, as is director Paul Greengrass. As well as this, the script for the film is written by Matt Damon, director Paul Greengrass and film editor Christopher Rouse; Julia Stiles is returning, and Alicia Vikander and Vincent Cassel have been cast. Hurrah!

LA LA LAND
‘Crazy, Stupid, Love’ co-stars Emma Stone and Ryan Gosling reunite this year in the new film from ‘Whiplash’ director Damien Chazelle. The story goes that Ryan Gosling plays Sebastian, a jazz musician who falls for Emma Stone’s character Mia; an aspiring actress. This does not sound too exciting, but the good news is that J.K. Simmons is reuniting with the director who helped him to earn his Oscar, and Ryan Gosling can truly sing. Seriously, check out his band “Dead Man’s Bones” if you don’t believe us.