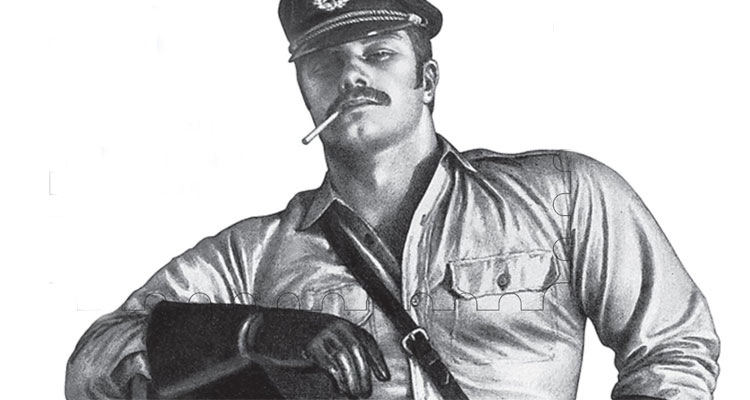 TOM OF FINLAND Biopic In Development

London-based Protagonist Pictures announced, via ScreenDaily, that it is to handle worldwide sales for ‘Tom of Finland,’ a drama about the life of famed Finnish artist Touko Laaksonen.

With Swedish filmmaker Dome Karukoski behind the camera, the Aleksi Bardy-scripted film follows Laaksonen as he returns home to Helsinki a hero after a harrowing and eventful military service in World War II. Persecuted for his homosexuality, Laaksonen found refuge and liberation in his art, specializing in homoerotic drawings of muscular men in sexually uninhibited situations. Over the years, his work developed a worldwide following and helped fan the flames of a gay revolution in the US.

“This is the story of a man ahead of his time, bravely standing up against a world virulently against his right to be who he was – a homosexual man with homosexual fantasies,” said Karukoski in a press release. “The story shows how literally one person can create change in the world, even with something as simple as an artist’s tools.”

Producers on the project include Bardy, Miia Haavisto and Annika Sucksdorff of Helsinki Film. Gunnar Carlsson of Anagram Väst in Sweden, Miriam Nørgaard of Fridthjof Film in Denmark and Ingvar Thordarson and Sophie Mahlo of Neutrinos Productions Germany will serve as co-producers, in collaboration with Mike Downey and Sam Taylor of Film and Music Entertainment U.K.

Casting will be announced later this week.