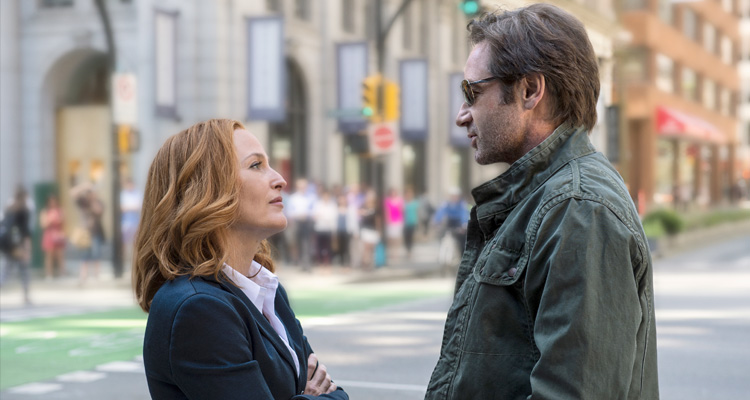 “In 2002, our investigation ceased, but my personal obsession did not.” Our first proper look at the highly-anticipated limited series.

David Duchovny and Gillian Anderson reprise their iconic roles as Agent Fox Mulder and Agent Dana Scully in the upcoming series, which will encompass a mixture of stand-alone investigative episodes and those that further the original show’s seminal mythology. In the opening episode, Mulder and Scully take on a case of a possible alien abductee.

THE X-FILES originally premiered in September 1993. Over the course of its nine-season run, the influential series went from breakout sci-fi favourite to massive global hit, and became one of the most successful television dramas of all time. The show follows FBI special agents Scully (Anderson) and Mulder (Duchovny), as they investigate unexplained cases – “X-Files” – for which the only answers involve paranormal phenomena.

THE X-FILES returns early 2016 for a six episode event series.