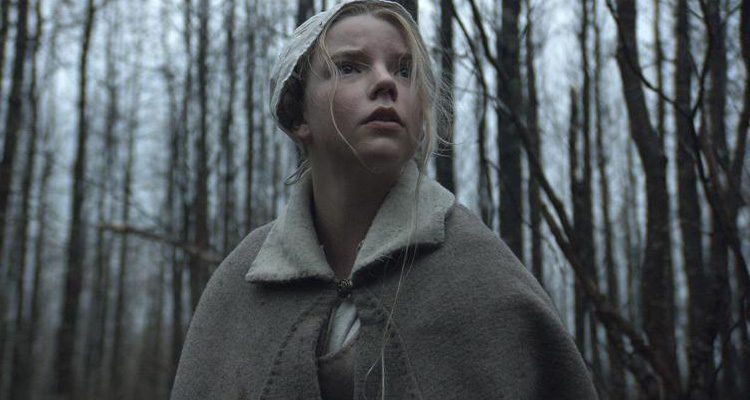 THE WITCH (USA/UK/Canada/Brazil/15A/92mins)
Directed by Robert Eggers. Starring Anya Taylor-Joy, Ralph Ineson, Katie Dickie, Harvey Scrimshaw, Ellie Grainger, Lucas Dawson, Bathsheba Garnett.
THE PLOT: It’s the mid-17th century (or thereabouts), New England, and a family of seven have been excorcised from their Puritan church and community after a little religious difference of opinion. Deciding to go it alone out on a farm deep in the wild, the man of the house (Ineson) is far better belting out the scripture than he is harvesting the land. And given that he and his stern wife (Dickie) have four kids, and a new baby, living off the fat of the land is somewhat crucial.
Not that food is the family’s main concern when that newborn suddenly vanishes…
THE VERDICT: Once you get over the fact that everyone sounds like Andy Kershaw here, there’s something beautiful beating at the heart of Robert Eggers arty horror flick.
Only trouble is, there isn’t much in the way of scares.
Being far more Paul Thomas Anderson than Roger William Corman in his approach, Eggers – making his debut here – is meticulous in his re-creation of a Puritan New England. And it would be hard to fault ‘The Witch’ for that attention to authentic detail, but Eggers’ film becomes more like an exercise in history than horror as this ostensibly arthouse offering unfolds.
Not that the cast don’t give it their all here, with Anya Taylor-Joy being particularly notable, whilst you’re constantly aware of the fact that Eggers has done his homework here. Production designer on a plethora of shorts and Jay Stern’s 2013 feature ‘Spirit Cabinet’, Eggers shows all the signs of being a serious filmmaker here.
Let’s just hope that next time out, he has a little fun too.
RATING: 2/5
Review by Paul Byrne